What are the rules of track and field? 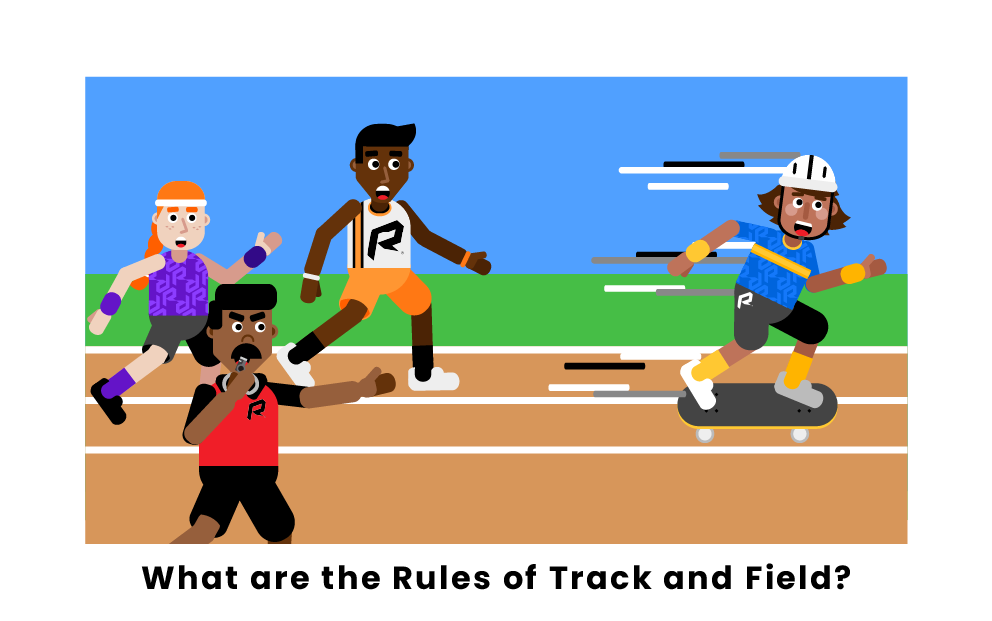 Track and field events usually consist of three categories: throwing, jumping, and running. They all fall under the category of athletics, but have different rules based on the competition. Read on to learn more about the basic rules of each track and field event. 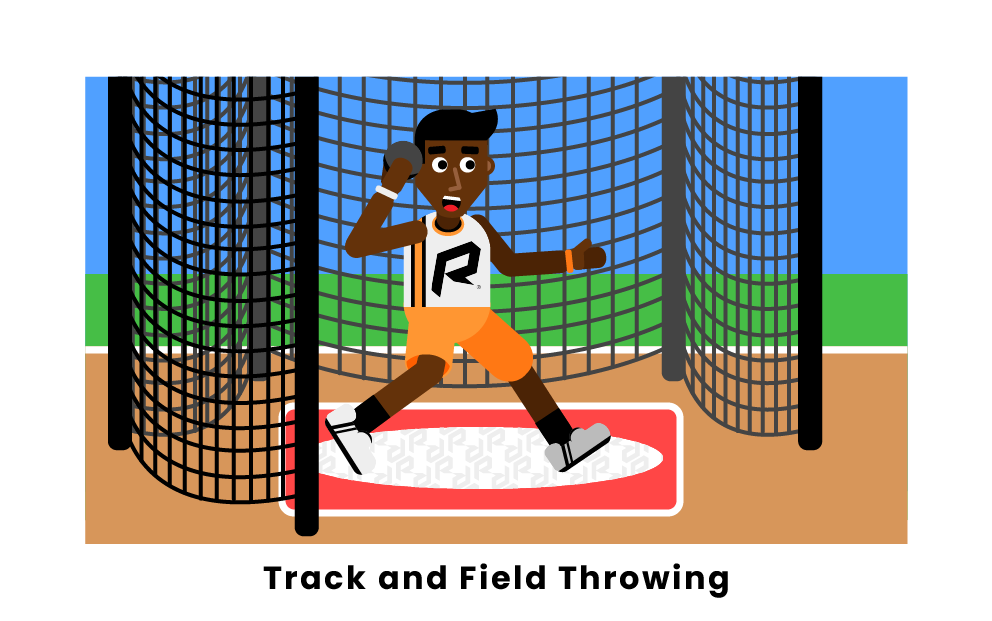 The winner of any throwing event is the athlete who throws the discus, shot put, hammer, or javelin the furthest within the boundaries. Read on to learn more about throwing event rules.

The throwing circle in hammer throw is seven feet in diameter. Athletes must stay within the circle until the hammer has landed on the ground. The hammer weighs 16lb for men and 8.8lb for women. The wire connecting the hammer to the grip must be 4ft long or less. The hammer must land in the section that is outlined by a 35 degree angle going outwards from the throwing circle. 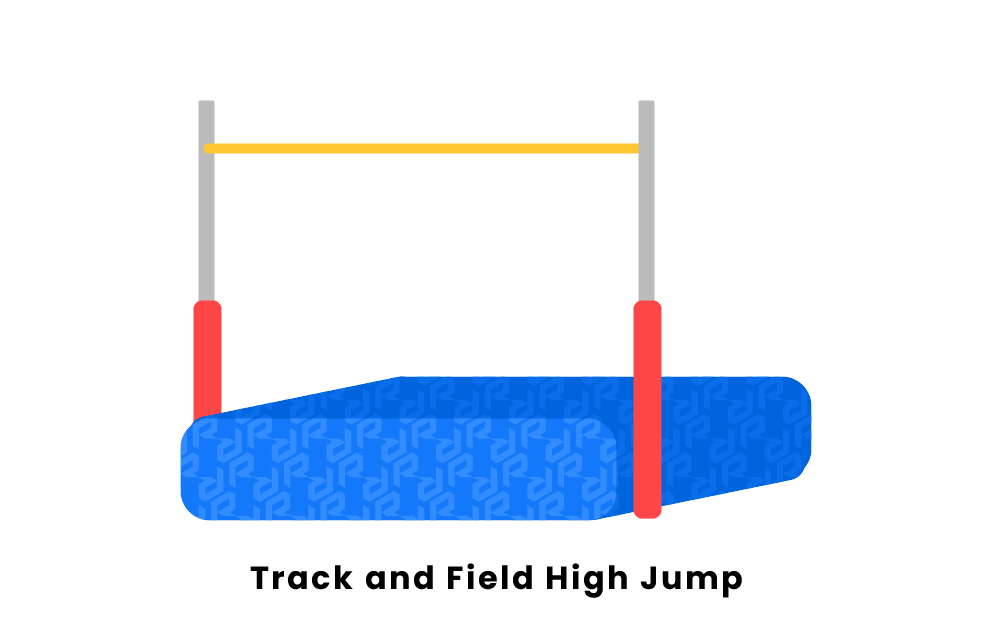 Athletes attempt to get over a crossbar at a certain height in the high jump. If they knock the crossbar off the supports, the jump is considered a failed attempt. The athletes must take off with only one foot for the jump to count. The winner of the high jump event is the athlete that successfully clears the crossbar at the tallest height. 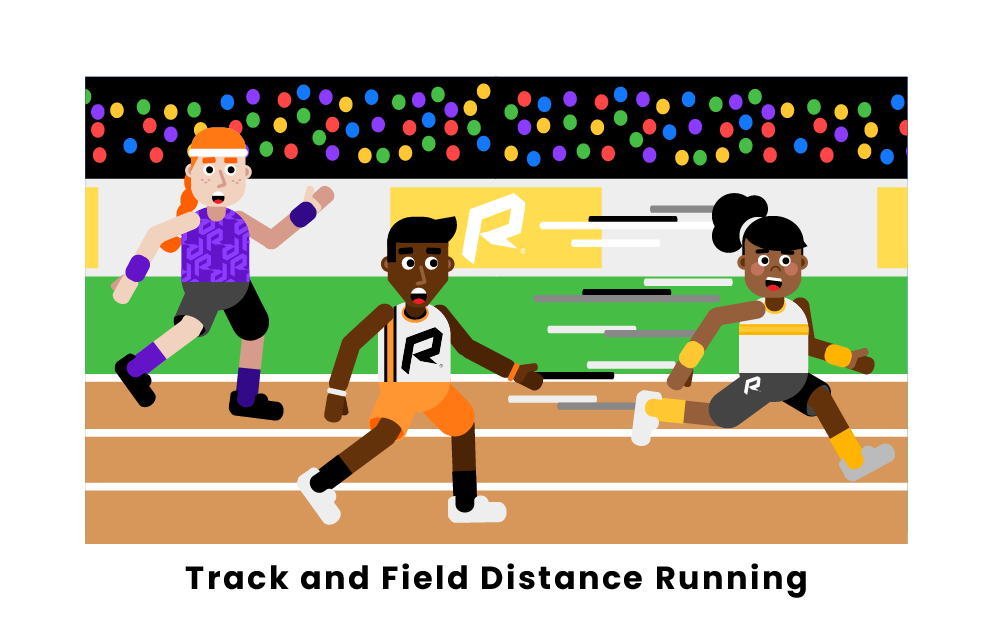 Distance runners will begin the race in an upright position, and their hands are not allowed to touch the ground. The command to start for the races is “On your marks!” and, once the runners are at the mark and the gun is fired, they may officially begin the race. During the Olympics, distance races do not have lane assignments so athletes may break their position from the start.

During distance races, when there are 12 athletes in the race, they may be split into two staggered groups from the beginning. Around 65% of them will be on the regular start line and the other runners will have a separate start line which is across the track’s outer half.

Middle distance races are races that are 800 meters or longer. In these races, the runners do not begin positioned over a block. Middle distance runners instead will begin the race in an upright position. In fact, their hands are not even allowed to touch the ground. The command to start for the races is “On your marks!” Only once the runners are at the mark and the gun is fired may they officially begin the race. These races also have a staggered start format, with eight racers in individual lanes of equal lengths.

All runners must stay in their assigned lanes throughout the first run and may only break their position afterwards. For the 1500 meters and the steeplechase run, a group start is used since they may have up to 12 runners participating. Runners do not however have any lane assignments for the 1500 meter race nor the steeplechase. 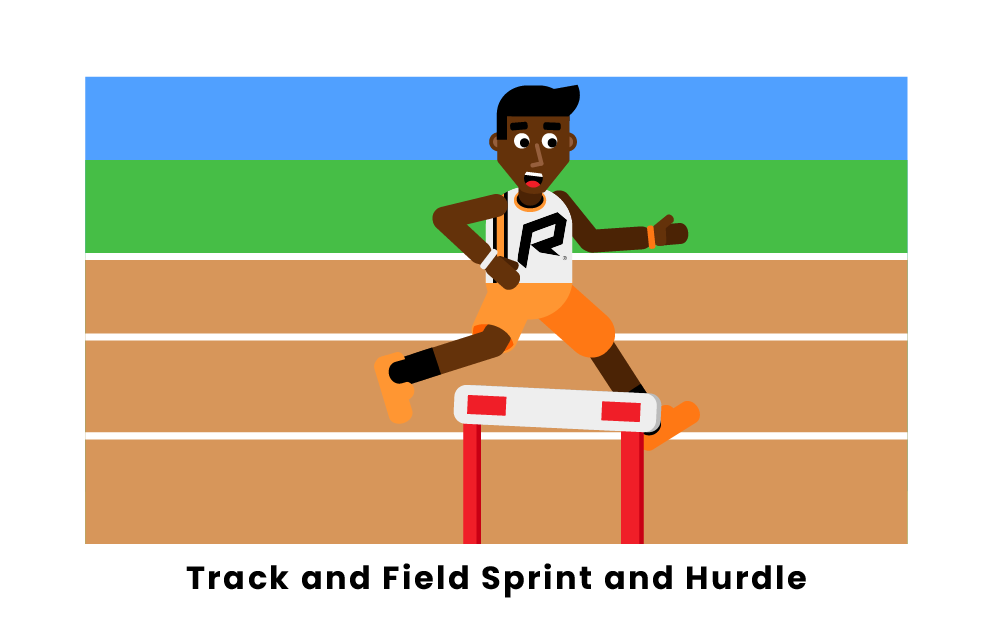 All relays, sprints, and hurdles use starting blocks to start the events. The starting blocks use two adjustable footplates which are fixed to a rigid frame. The command to start the races is “On your marks!” and “Set” and once the runners are at the mark, the gun is fired, they may officially begin the races. Competitors for the 100 meters race, men’s 110 meters hurdles, and women’s 100 meters hurdles are all lined up side-by-side. The runners are staggered for the start during the 400 meters hurdle and 200 meters and 400 meters races. The winner of the race is whichever runner’s torso reaches the vertical plane of the closest edge.

In the hurdle and sprint events for the Olympics, all runners must stay within their respective pre-assigned lanes for the duration of the race. If any runner, of their own accord, goes outside of their assigned lane, they will be disqualified. If a runner is forced out of their lane by another person and does not gain any advantage, there will not be any disqualifications. If sprinters set forth a starting motion before the starter’s gun is fired, that is considered a false start. Any false start will result in an immediate and automatic disqualification.

What type of events are included in track and field?

How can athletes get disqualified from throwing events?

If athletes step out of the throwing circle and throw the discus, shot put, or hammer, the throw will not count and it will be considered a failed attempt. If the athlete steps out of the runway while throwing the javelin, it will also be scored as a failed attempt. They may not leave the runway or circle until the designated throwing object has touched the ground. A throw must fall within the marked landing area to be counted.

How can athletes get disqualified from jumping events?

How can athletes get disqualified from running events?

Pages Related to What are the rules of track and field?