What are the rules of shot put? 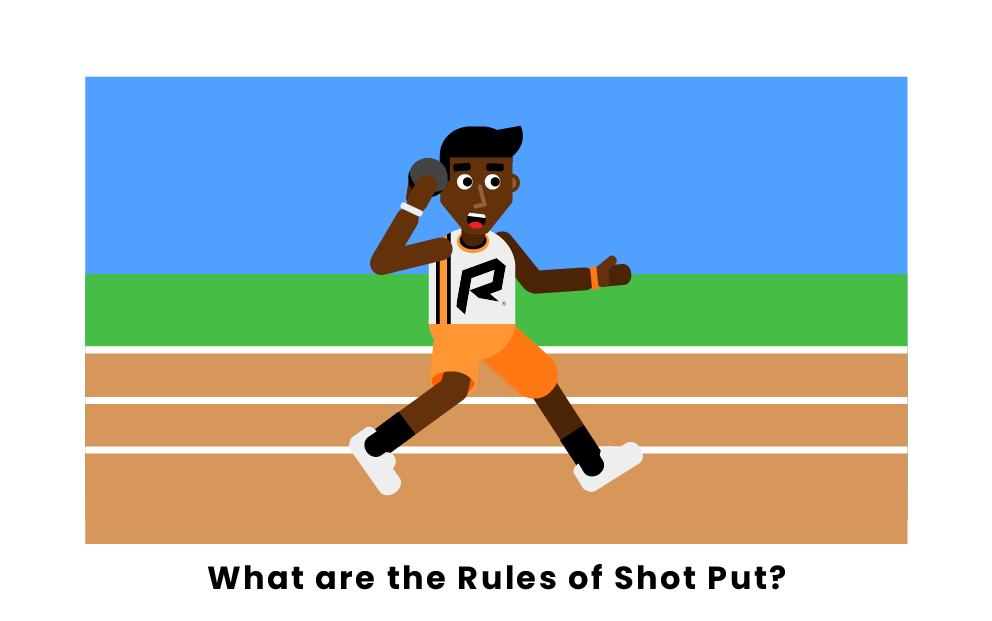 Shot put is a special sport in the sense that it is based solely on the performance of an individual participant rather than a team as a whole. That being said, shot put is actually an event that individuals can participate in during a track and field meet. This means that although each athlete will be scored based on their own individual performance, the amount of points they earn and their ranking will count towards the entire track team’s score in the meet. So, although the scores always count towards a bigger team as a whole, all of the rules, scoring, and foul guidelines used for the shot put event pertain to one participant at a time. Because the rules are so specific and can be easily followed, the scoring and judging of this event tend to be on the stricter side.

Each participating individual will throw at their own designated time, and once their name is announced, they will have exactly one minute to complete their shot. In order for the shot to be counted and in good form, the participant must begin with the shot placed in between their neck and shoulder, and it must remain there until it has been released. Using only one hand, the individual must make sure that they release the shot no lower than the same height as their own shoulder. The shot must also land within the legal distance, at minimum, 34.92 feet away.

While throwing, both the outside and top of the circle cannot be passed, and therefore the outside of the stop board cannot be touched either. Lastly, once the athlete has completed their throw, they must leave the circle, going out the back exit area.

Another way that a player's shot can be marked as a foul is if they do not complete their throw within the designated time of 60 seconds. Players must also follow the strict height guidelines, and if their shot is below the height of their shoulder, it will not be counted, and a foul will be called.  And lastly, athletes must abide by the strict positioning guidelines, and if they step outside of the circle or touch the top of the iron ring, a foul will be called, and their shot will not qualify.

Unlike other team sports, shot put is scored based on distance. This means that the athlete will earn points and be ranked based on how far they throw the shot. This distance more specifically is the length measured from the inside of the circle all the way to the very first mark that was made in the ground by the shot. Under national rules, and in competition, this distance is measured in centimeters and therefore in order to standardize scores, the distance recorded must be rounded down to the nearest whole centimeter.

In shot put, a very specific piece of equipment is used. This is called the shot. The shot is a heavy metal ball. It is typically made out of lead with an exterior steel outer shell, but it can be made of a variety of different metals. It can also weigh anywhere between eight and sixteen pounds, depending on the individual throwing it. For women, a standard competition shot weighs 8.8 pounds, while for men it will weigh almost twice as much at 16 pounds.

Can you wear gloves in shot put?

In order to keep the sport as fair as possible, athletes are not able to wear gloves during shot put, and their designated time to throw. That being said, it is allowed for individuals to tape their fingers together in order to aid their shot. This allowance of the usage of tape, is mainly for safety, and to avoid any potential injuries.

How many fouls can you get in shot put?

Technically you can only get one foul in shot put, because if any single foul has been committed, then that shot will not be counted. When a shot is not counted, it means that it does not qualify for the rankings, and therefore it is considered a foul throw.

What happens if the shot slips before it is released?

If the shot slips in its position before it is released, the throw will not count and it will be considered a foul. This is because the key requirement for a shot to qualify is for the shot to remain in contact with the body between the neck and shoulder of the athlete.

Pages Related to What are the rules of shot put?