What are the rules of pole vault?

Pole vaulting is a unique track and field event with detailed rules. The concept of the sport is easy to understand, but specific regulations are in place to keep competition fair. Pole vaulting requires precision to adequately catapult one’s body over the crossbar suspended mid-air. Each attempt to clear the crossbar in pole vaulting is called a trial. When an athlete breaks a rule, the penalty will result in either a failed trial or the pole vaulter may be disqualified from the event. 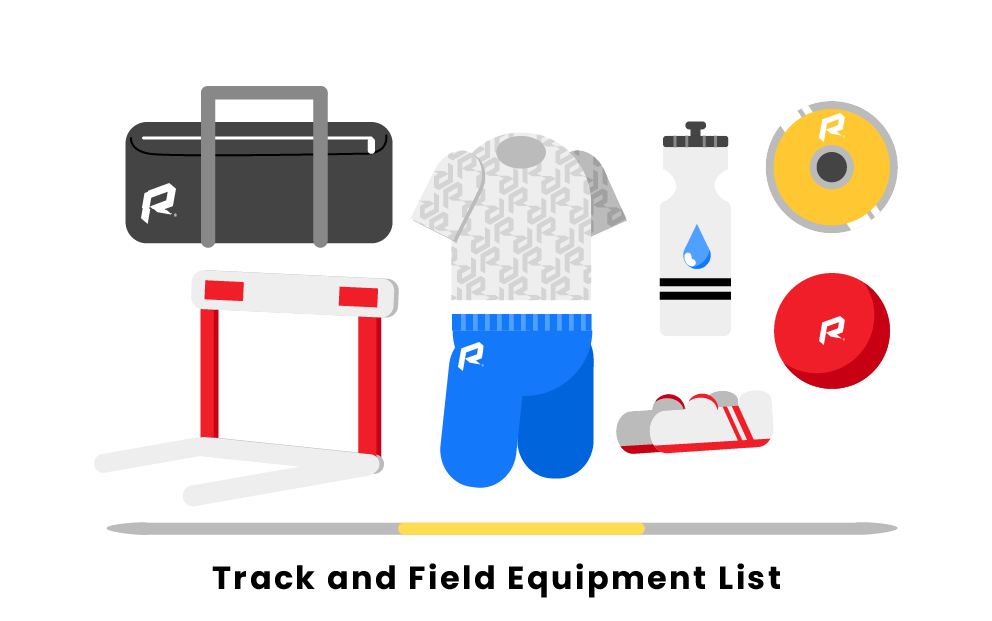 Pole vaulting requires a 40-meter long runway. At the end of the runway, there is a meter-long box fixed to the ground where the athletes plant their poles before jumping. The crossbar, made of carbon-fiber material, is held in the air by two uprights on either side of the landing pit. The landing pit is usually a foam cushion designed to prevent pole vaulters from injuring themselves when landing.

Pole vaulting has few regulations regarding the make or design of the pole. An athlete’s pole can be any length or diameter a pole vaulter chooses. In addition, the pole can also be made of any material or combination of materials. Commonly, poles are made of fiberglass or carbon fiber. These types of poles can successfully transfer a vaulter's energy while remaining sturdy and flexible.

Pole vaulters are allowed to tape their poles with a maximum of two layers of tape in the same section. In addition, athletes must clearly mark the topmost hand-hold position on the pole with a circular ring. A pole vaulter’s hands are not allowed to raise higher than the top hand-hold position during a trial, or the jump will be called a foul. A trial will also be considered a foul if a vaulter moves their bottom hand over their top hand while jumping.

A foul is a failed trial that results in a missed jump for a pole vaulter. Fouls can occur in several different ways, but most commonly, a foul is ruled when an athlete is unable to clear the crossbar. If the crossbar is dislodged from the uprights by either the athlete or the pole, the jump will be considered a foul. A foul will also be called if the athlete stabilizes the bar in any manner during the jump. Finally, a foul is assessed if the athlete does not attempt their jump in the allotted two-minute time frame.

The chief judge will announce a starting height for the crossbar at the beginning of the event. Athletes are allowed to pass at any height, but an athlete must complete one successful trial to be considered eligible to place in the event. A pole vaulter is eliminated from the competition after three consecutive unsuccessful trials at any height. If a pole vaulter fails to clear the crossbar, they must attempt their second or third trial directly after the miss. Clearing a given height grants an athlete three more attempts at the next chosen height.

If there is a tie for first place, the athlete with the least amount of attempts to clear the winning height is crowned the champion. A tie may also be broken based on which athlete had the fewest number of fouls throughout the entire competition. However, if there is still a tie for first place, then the two athletes compete in a jump-off. The height of the crossbar will increase by 3 inches if both jumpers clear the bar, and be lowered by 3 inches if both commit a foul. This format continues until only one contestant clears the bar.

There are four judges that monitor a pole vaulting competition. The chief judge decides the starting height of the crossbar and officiates the takeoff area. A second judge is in charge of observing the runway and controlling the time limit for each participant. The two remaining judges are stationed at the end of the runway, and their job is to watch an athlete’s hands and the crossbar during the trial. These judges enforce the pole rules and make sure each successful trial was legal. All four judges are responsible for making sure athletes abide by equipment regulations.

Why would a pole vaulter pass on a height?

The sport of pole vaulting requires a combination of physical and mental strength. Athletes will pass on lower heights because they want to save energy for future tougher trials. However, mentally, it is an advantage for athletes to begin their first trial at a height they know they can clear. A successful trial will allow an athlete to place at the competition and also calm their nerves. Confidence is vitally important for pole vaulters attempting heights they have yet to clear.

What happens if a pole breaks during a trial?

If a pole breaks during a trial, the attempt is not considered a foul. Instead, the pole vaulter is given the opportunity to redo the current trial. It is important for pole vaulting teams to have backup poles in case of an equipment failure. Athletes are not allowed to borrow another participant’s pole unless they are given consent from the owner. That all being said, manufacturers test poles strenuously in development to prevent equipment malfunction from happening.

What are pole vaulters allowed to have on their hands?

How is the starting height determined?

Pages Related to What are the rules of pole vault?