What are the rules of long jump? 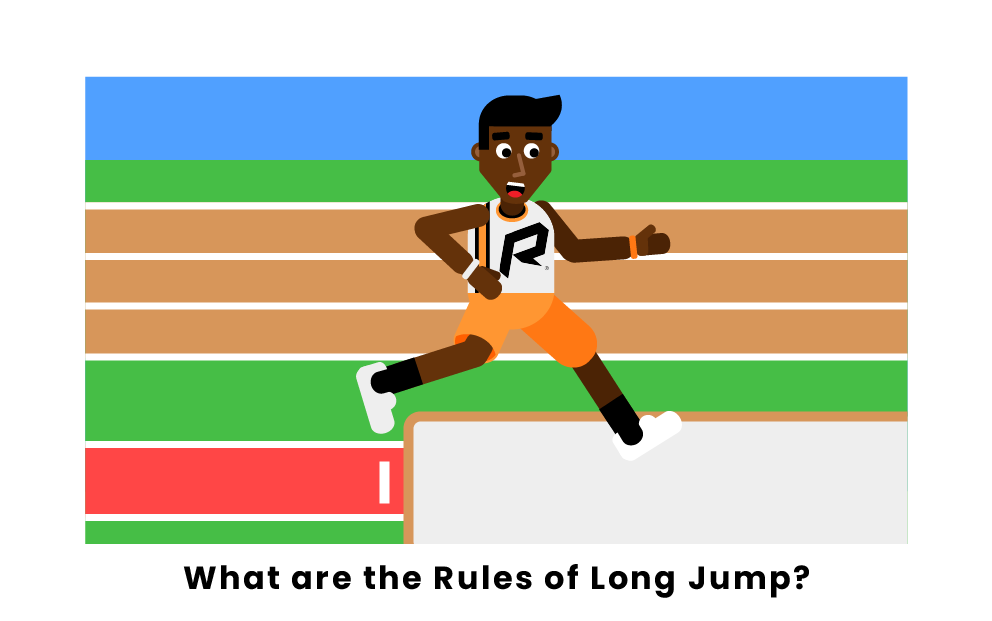 Long jump is a simple sport to learn and understand, but extremely hard to actually do. The sport is incredibly detailed and requires exceptional body control. There are a few important rules to know before considering yourself a fan of the sport. 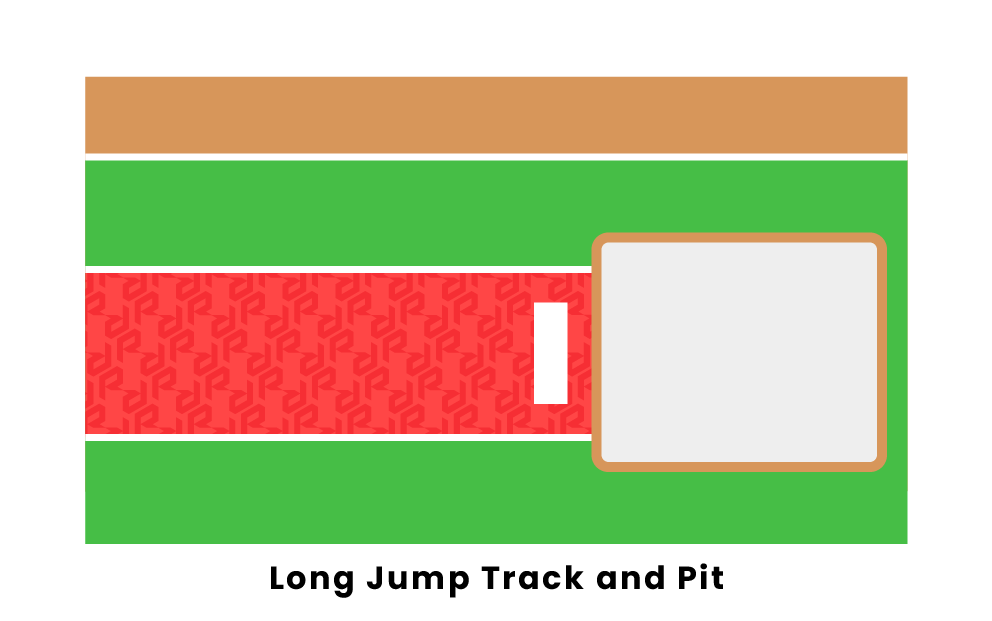 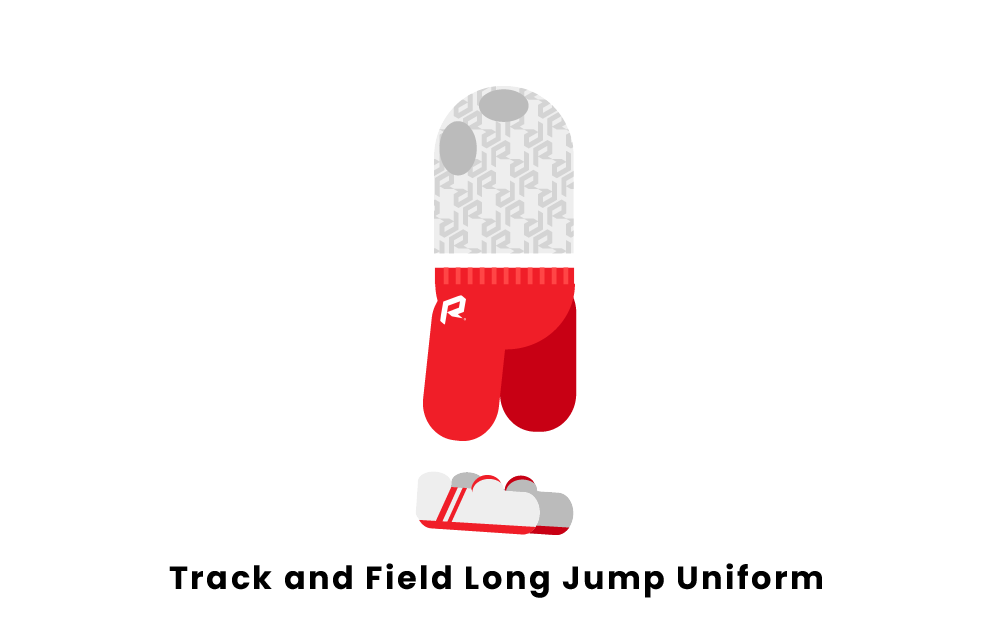 Long jumpers wear the classic track uniform of tight and lightweight clothes. The uniform is designed to not alter an athlete's jump in any way. Long jumpers wear specially designed shoes with thicker soles and spiked bottoms. The long jump shoe has a curved toe with spikes to help an athlete generate speed. In addition, the heel of a long jump shoe is flat to support the pressure from the plant step. The World Athletics governing body regulates that shoes can have a maximum sole thickness of 13 millimeters.

The winner of a long jump competition is decided by which athlete records the farthest jump. There are a few rules in place to ensure the competition is fair and equal. First and most importantly, an athlete must begin their jump before the foul line. If any part of their foot crosses the front end of the foul line, the jump will not be recorded. Crossing the foul line is called a scratch.

In each round of competition, athletes are given three attempts to record the longest jump possible. Scratching is considered an attempt. Moreover, athletes are not allowed to somersault during the jump or landing. Somersaulting will result in a void jump. In addition, a jump will be considered invalid if there is a tailwind of more than 2 meters per second present.

If there is a tie for the longest jump, the winner will be selected based on which of the two athletes had the longest second jump.

There are two important rules for measuring the distance of a long jump. First, the measurement of a jump is always started from the end of the takeoff board, not the athlete's foot. If an athlete begins their jump a foot away from the takeoff board, that extra foot will not be counted in the distance of their jump. With this rule in place, it is vitally important for long jumpers to get as close to the foul line as possible before initiating their jump.

Secondly, the measurement of a jump is recorded at the closest landing point to the end of takeoff board. This means the jumps measurement will be recorded at the nearest body part impression in the sand, not the feet. Athletes must restrain from falling back onto their hands or back while landing because their jumping distancing will decrease significantly. Long jumpers aim to land on both feet and slide forward in the sand. Landing is extremely difficult because too much forward momentum can cause the athlete to somersault, and the jump becomes invalid.

The concept of long jumping is simple, but the sport is technically difficult. Most athletes utilize a 20 step approach to generate speed before jumping. Long jumpers are allowed to place two different hash marks on the runway to help guide themselves during competition. Before the event starts, athletes will measure their 20 stride distance from the takeoff board, and place a hashmark at that point.

There are several different techniques athletes utilize while in the air, but each is designed to keep their legs in front of their hips for landing. All long jumpers try to land by driving their feet into the sand. Athletes will also start to twist their bodies after landing to swing their momentum to the side. This prevents an athlete from falling backwards on their back and losing critical distance.

How is an imprint in the sand determined?

Any body part that makes contact with the sand is considered an imprint. Judges will measure a jump's distance at the nearest imprint to the takeoff board. At high school long jump competitions, there will be several judges watching the sandpit to record where an athlete's body parts hit the sand. At higher levels of competition, cameras with replay features to help determine the distance in addition to the judges.

What is the takeoff board made of?

Takeoff boards do not have to be made by a specific type of material, but they do have to be made extremely visible. For official competitions, the takeoff board will be made of steel and colored bright white. The steel foundation feels drastically different on an athlete's foot then the cork track material. Also, when an athlete's spikes contact the steel board, it makes a unique sound that judges are able to hear. Steel takeoff boards are the most effective material for the foul line because both the athlete and judges will know if the long jumper crosses the line.

How many rounds are in a long jump competition?

The amount of rounds in a long jump competition depends on the type of competition and the format. At the Summer Olympics, 12 athletes are selected to compete in the final round of competition based on their performances in the qualifying rounds. Results in the qualifying rounds do not carry over to the finals. The 12 jumpers are each given three jump attempts. Then the top 8 athletes are given three more jump attempts, and the single longest jump will be determined the winner.

How much time do athletes have to jump?

Athletes are allotted one minute before they must begin their jump. The one minute timer starts when an athlete steps onto the runway. The timer is designed to keep the competition moving along, but also give the athletes some time to concentrate before they jump. Long jumping is a mentally straining sport since an athlete is so focused on the details of their jump. Athletes will use the minute to practice breathing techniques that fixate their energy.

Pages Related to What are the rules of long jump?