What are the rules of high jump? 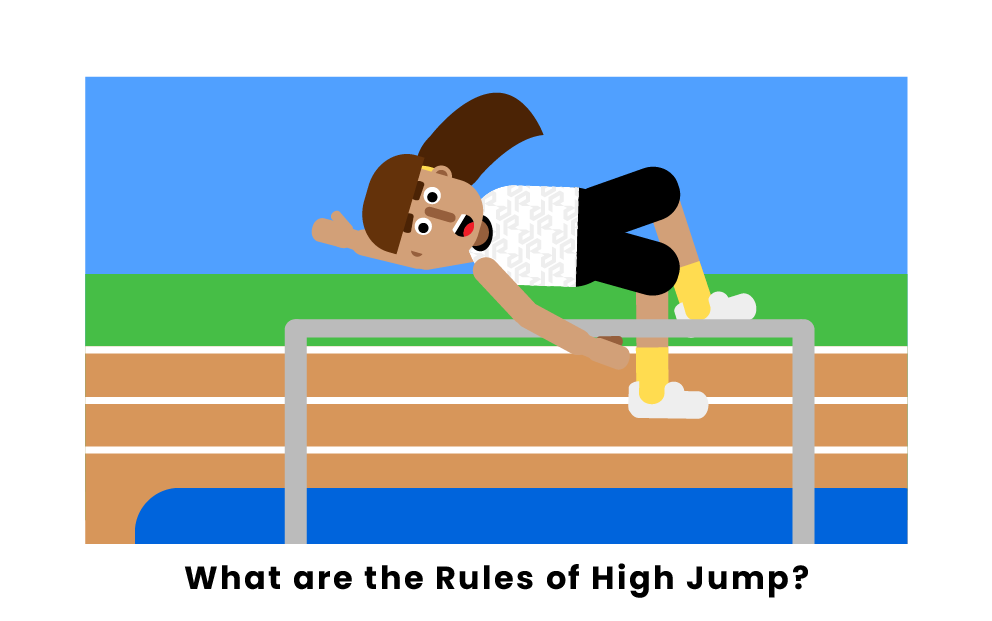 High jump is a fascinating sport that showcases the raw athletic abilities of its practitioners. There are a few rules every fan should know about the sport. Read on to learn all about the rules of high jump, including what athletes must wear, how they must perform their jumps, and the techniques and competition formats involved. 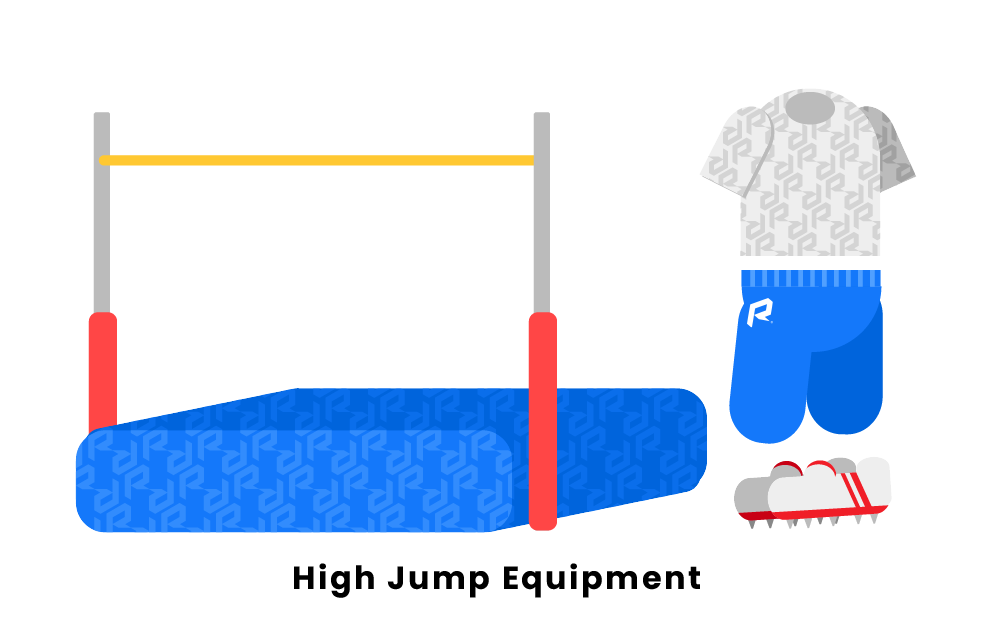 An official high jump track must have a runway a minimum of 15 meters in length. The high jumpers use the runway to generate speed before their takeoff. The high jump crossbar is made of fiberglass material, which makes the bar light, but also extremely strong. Generally, if a player taps the crossbar, it is light enough to fall off of the stand. However, the crossbar will never break on impact due to its sturdy build. Directly behind the crossbar is a foam pit called the crash pad. Since jumpers can launch themselves in any manner over the bar, the crash pad is in place to prevent jumpers from injuring themselves during the landing. 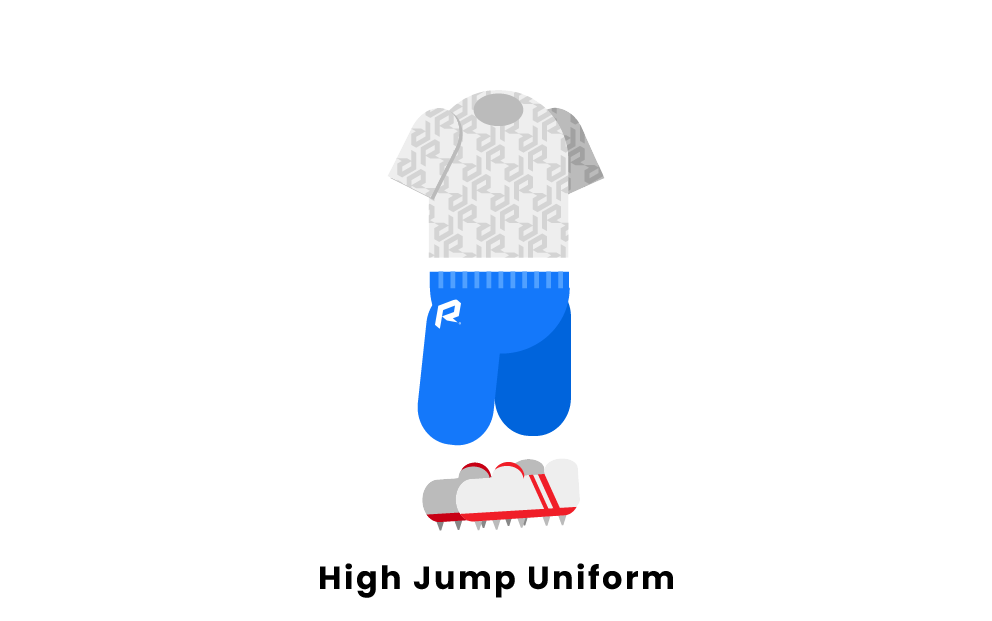 A high jump uniform is extremely lightweight, to prevent the clothing from affecting the jump itself. Jumpers wear skin-tight tank tops and shorts, so the clothes do not interfere with the crossbar.

The most important part of a high jump uniform is the shoes. High jumpers wear specially designed track and field shoes with thick soles and spikes. The thicker soles help increase a jumper’s stability during their approach to jump. The World Athletics governing body allows for a high jumper’s shoes to have a maximum thickness of 13 millimeters in the sole and 19 millimeters in the heel. 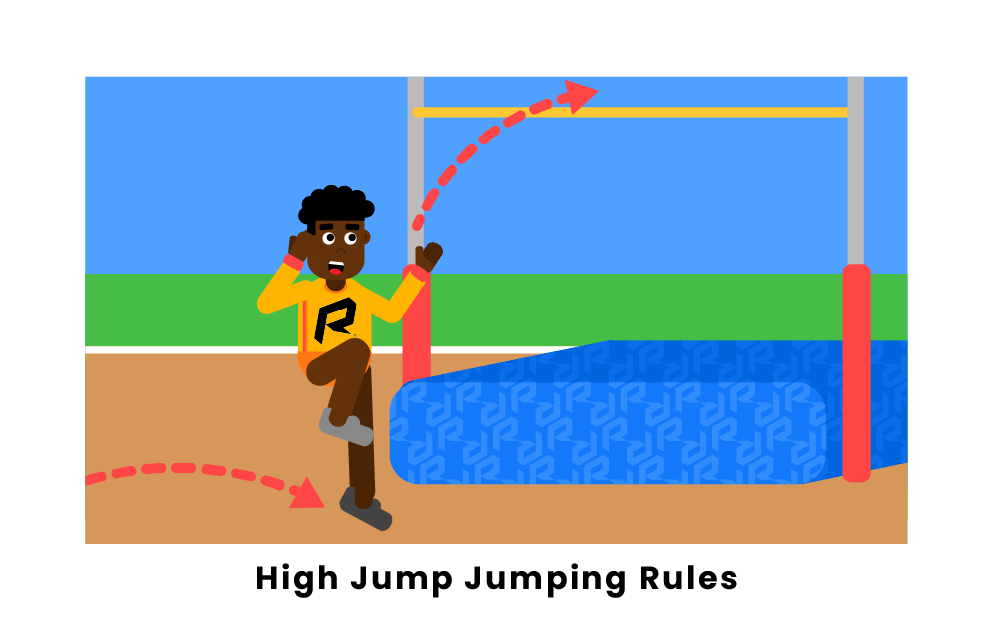 At the beginning of the event, the chief judge will announce the starting height for the crossbar. Athletes may begin jumping at the selected height, or they may pass. An athlete must clear a specified height for the jump to be counted officially. In addition, a high jumper must jump off only one foot.

The general rule of the high jump is simple. If the crossbar falls off the holder during an athlete’s jump, then the jump is considered missed. A cleared jump is when an athlete jumps over the crossbar, and the bar remains on the holder. A high jumper can hit the crossbar and still clear the height, as long as the crossbar does not fall from the holder. After every athlete has used their allotted amount of attempts at a given height, the chief judge will raise the bar.

An athlete is allowed to jump using any form or technique they choose. The most common technique used is called the Fosbury Flop. Dick Fosbury was the first to utilize the head-first and belly-up approach in Olympic competition. The Fosbury Flop is highly regarded as the best high jumping technique. A high jumper must have incredible core strength to perfect the Fosbury form.

First, an athlete will get a running start and begin to curve towards the bar with five steps remaining. The jumper should lean away from the bar during their curve to build torque. The athlete will straighten their body and spring upward off of their plant foot a few feet away from the bar. Then, the jumper will lead with their arms and begin to curve their body over the crossbar. In mid-air, the athlete will use their core to thrust the remaining part of their body over the bar. It is important for high jumpers to keep their feet from dangling and knocking the bar.

The winner of a high jump competition is awarded to the athlete who clears the tallest height. Sometimes athletes tie for the highest jump, and there are two different ways to break a tie. First, the athlete who had the fewest misses at the winning height and the fewest misses throughout the entire competition will be selected as the winner. If the competition still remains tied, the athletes then partake in a jump-off. The bar is raised from the last cleared height to the next tallest height. Each athlete will be given one attempt to clear the bar. The crossbar will increase in height by one inch if both competitors clear the bar, and decrease if both fail. This process repeats until only one competitor clears the bar.

What is the starting height in high jump?

How many attempts do athletes get at each height?

Athletes are given three attempts to clear the crossbar at each specific height. If a high jumper fails to clear the bar in three consecutive jumps, then the athlete is eliminated from the competition. Mistakes can commonly occur during high-stakes competitions. Athletes are pushing themselves to try and clear heights they have yet to conquer. Nerves will affect an athlete’s performance, but the three jump rule allows high jumpers to fail and try again.

What type of shoes are allowed in high jump?

High jumpers wear special track and field shoes designed with thicker soles and spike inserts. The World Athletics governing body states a shoe’s sole can have a maximum thickness of 13 millimeters. In addition, a high jump shoe can only have up to 11 spikes on the bottom. Shoes are not allowed to be tampered with in any way outside of the regulated policy. An athlete will not be allowed to participate in a competition if their shoes do not comply with World Athletics rules.

What happens if a player passes on a height?

There is no penalty given to a player who decides to pass on a height. To be eligible to win a high jump competition, an athlete must clear a stated height. Passing allows confident athletes to rest their bodies for later rounds. The sport of high jump has a significant mental component. Clearing the crossbar boosts a jumper’s confidence. Passing can save energy, but it is important for athletes to begin jumping at a height they are comfortable with clearing.

Pages Related to What are the rules of high jump?