What are the rules of discus? 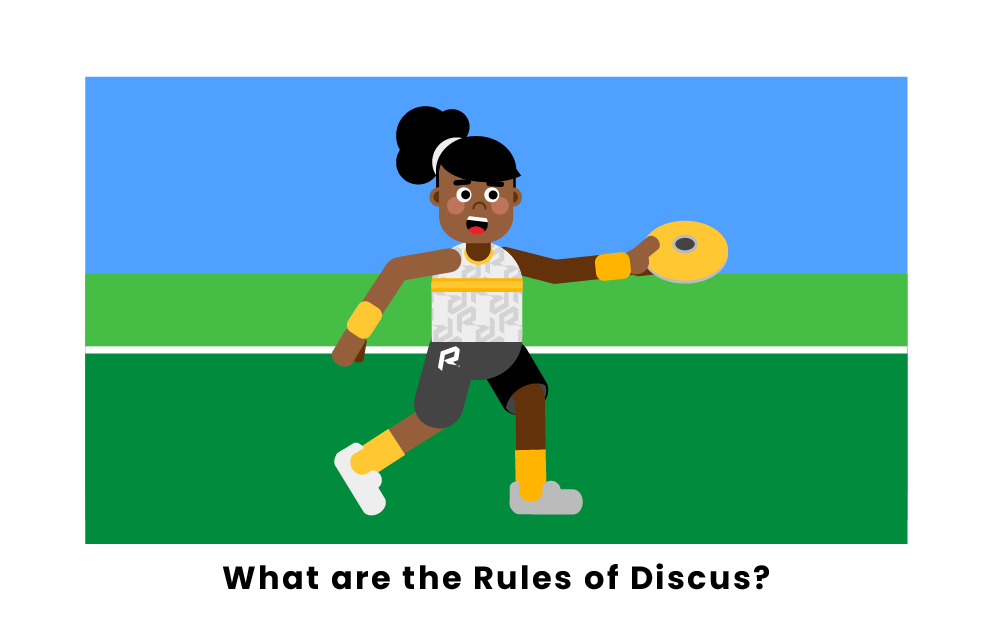 The discus throw is a classic track and field event and considered one of the oldest sports in our world’s history. In this sport, athletes are aiming to ultimately throw their disk at a longer distance than their competitors. It is a simple game to understand, but truly tests the endurance, strength and mechanical mobility of an athlete.

The actual discus can be hollow or solid and made of a variety of materials. Wood is a very popular material. While the discus can be made of wood or another suitable material, it must have a circular edge with a metallic ring. The top and bottom of each discus will be identical and smooth. The cross section on the edge of a discus needs to have a radius of 6mm. Additionally, the center of each discus will be raised accordingly, yet taper off near the metallic rim. It is very important that all sides of the discus are identical to each other without any protruding, sharp edges or other indentations on the surface. The discus must meet these requirements for safety and performance measures.

A discus thrower will be throwing from a protected cage. The cage needs to be enclosed for the safety of the athletes, officials and onlooking spectators. The netting of the cage must be strong and sturdy to prepare for any misfires from the discus throwers. The net is typically constructed with synthetic and natural fibers, or sometimes high tensile strength steel. The enclosure must provide no indication of ricocheting or rebounding back towards the thrower or over the top of the cage.

The discus needs to be able to leave the enclosure in order to measure the recorded distance of the throw. Therefore, cages need to have one side open and must be designed in a “U” shape. The lowest point of the net is recommended to be four meters. This design is perfect for throwers and prioritizes the safety of the athletes and spectators.

In each enclosure, there is an outlined circle designated for the discus thrower. This circle has a diameter of two and a half meters. The thrower is required to begin each throw from a stationary position in the circle. Most discus athletes have a routine to their throw, but they all will start from a stationary position. Additionally, the thrower is not allowed to touch the ground beyond the circle.

When an athlete is going to throw the discus, there are restrictions on how to properly hold the equipment. The throwers are not allowed to touch the top of the rim. They are only allowed to touch the inner part of the rim on the discus. With this restriction on discus handling, the discus is slung out rather than thrown. Athletes will typically perform a whirling movement to hit maximum strength and speed with the discus. There are a variety of techniques and throws for athletes to try out. Typically, a thrower will take one and a half quick turns across the circle before throwing the discus.

An official will be on the lookout for potential foul violations by a discus thrower. In Olympic matches, an athlete is given 8 chances at the discus throw and doesn't want to waste one on a foul throw. If the thrower leaves the circle before their discus lands on the ground, it will be a foul throw. Once an athlete throws their discus, they need to stay stationary. Additionally, there is a specific way for discus throwers to exit the circle. The throwers need to exit from the rear back of the circle. If the athletes exit from a different part of the circle, their throw will be considered invalid.

Regarding the landing of a discus, there are set boundaries the athletes must keep in mind. If a disc lands outside of the designated boundaries, the throw will be determined as invalid. Therefore, accuracy is very important to a discus player to avoid any violations from the officials.

What are the differences between men and women discs in discus?

How do discus throwers determine wind?

Wind can play a big factor in discus throwing. The wind can prevent the disc from going a longer distance, or maybe even cut the flight of a disc short. Therefore, officials and players must take into consideration the factor of wind. A wind sock is allowed at competitions. This device is able to provide competitors with a visual indication about the current wind speed and direction. Discus throwers can’t forget about the wind factor.

What is the longest recorded discus throw?

This record has been standing for a very long time. Jürgen Schult is the record holder for the longest recorded discus throw at 74.08 meters or 243 feet. He is a German track star that competed in many Olympic Games and achieved this record on June 6th, 1986. He was 26 years old. It was over 34 years ago and still no one has beaten his record after all this time.

What is the release angle in discus?

Pages Related to What are the rules of discus?