What is Hammer Throw? 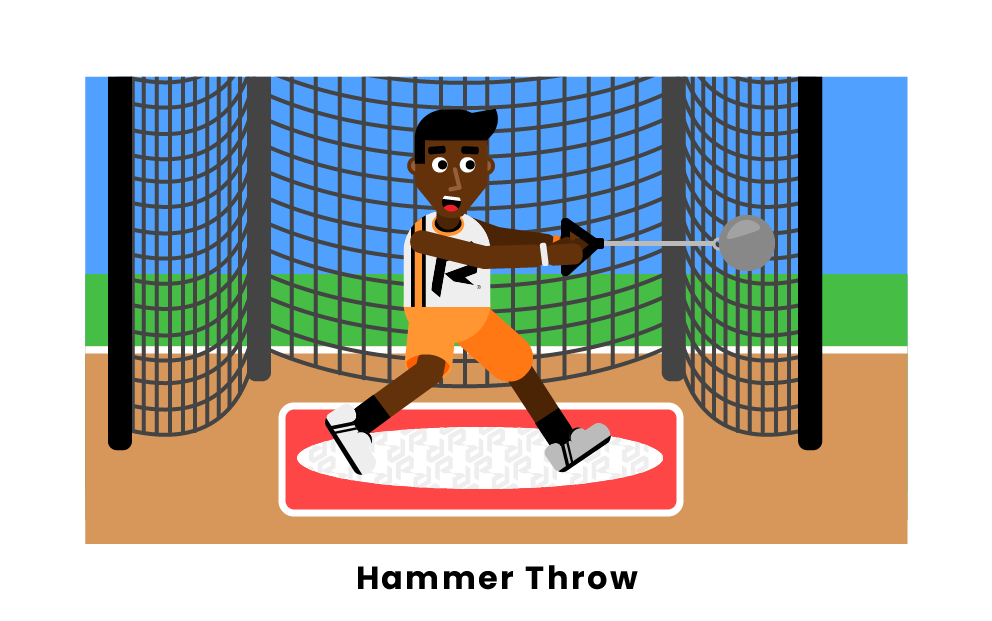 The hammer throw is said to have roots in Ireland and England as competitors would throw actual sledgehammers as part of competitions. In modern times, the sledgehammer has become a safer and more practical weight hanging from a handle by a wire. However, traditional competitions can still be found. The event came to the Olympic stage in 1920, with Irish-American throwers prevailing over early competitions.

A part of track and field, the hammer throw challenges athletes to swing and throw a weight as far as possible down a measured field. Similar to other throwing events, the athlete will use the throwing circle to spin around in, gaining momentum for the throw. They will swing the weight around their bodies holding onto the handle, before releasing the weight forward and out of the circle. This takes coordination and timing in order to get the weight to move in the proper direction.

Men’s hammers weigh 16 pounds while women’s weigh 8.8 pounds. In competition, the athlete who throws the hammer the farthest is the winner. If the hammer lands outside of the designated lane or the thrower steps out of the throwing circle, the throw is disqualified. Throwers only have three attempts to throw their farthest, with the top eight in qualifying going to the final round where they get three more throws.

Pages Related to What is Hammer Throw?