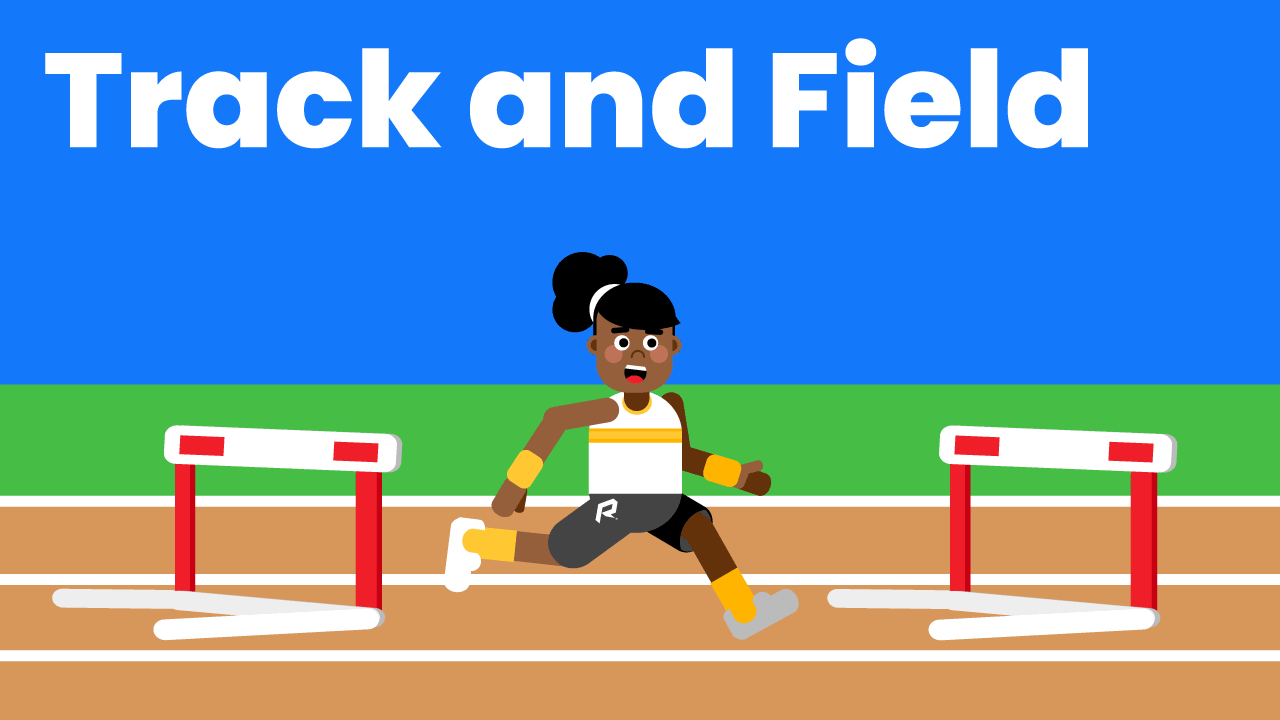 What is Track and Field?

Track and Field is the name for a group of different events. We'll get into the breakdown of each individual event later. For now, you should know that "track and field" constitute different athletic competitions that take part either on a running track, or on a field.

What are the Events in Track and Field?

The events that fall under "track", include sprints, which are typically shorter distances, ranging from 100 meters to the length of the track (400 meters). There are also longer races that focus more on endurance than pure speed, and those range anywhere from 800 to 30,000 meters. There are also the hurdles and relay races. The field events have more variation. Among the popular field events, there is the high jump, long jump, triple jump, pole vault, discus, javelin, and shot put. Track and field can be traced back all the way to the original Olympic Games. Track and field started as athletic competitions for men only, and they would take place around religious events. This can be tracked to 776 BC. Despite its very long existence, the sport of track and field did not truly take off until the late 1800s. The "Amateur Athletic Club" hosted the first "English championships." Compared to the men's side of track and field, women's participation in the sport is new, starting in the early 1900s. However, the participation numbers for women in track and field has grown rapidly since then, especially in recent years.

To start, the arena is the stadium in which all the track and field events are held. It is broadly composed of the running track, the grass field, and the spectator's stands.

Parts of a Track and Field Facility

The field can be divided into seven major components:

The field is the area located inside the track. It consists of the grass field and the throwing and jumping facilities, and is where the high jump, the pole vault, the discus throw, and the javelin throw are held.

The track is the oval rim where all the foot racing events are held. This will be the main focus of our attention for the sprints.

The track fully encompasses the grass field and the throwing and jumping facilities.

The track, which is typically blue or maroon in color, is made entirely of an all-weather polyurethane surface. By providing a consistent competition surface, the track allows athletes to continue running in almost any weather without suffering significant performance losses.

The track is divided into 6 to 8 running lanes of equal width, marked by clear, unambiguous lines.

The track is made up of two semicircles joined together by two straights.

Each of the two semicircles has a radius of 86.5 m, as measured from the innermost lane.

Each of the two straight stretches has a length of 84.39 m, and is located immediately between the two semicircles.

For foot races that require competitors to run one or more laps around the track (ie. races that are 400 m or greater in distance), the home straight refers to the final straight stretch on the track that leads to the finish line.

The back straight refers to the straight stretch of track that is located directly across the field from the home straight.

The straightaway is one of the 84.39 m straights that has been extended beyond the curves to allow the athletes competing in the 100 m sprints and the 80 m, 110 m, and 110 m hurdles to run the entirety of the race in a straight line.

Because the track serves as a common ground for so many different foot racing events , the number of lines that are drawn upon it may seem a little overwhelming at first. Don't worry - here are the important lines that you need to know for the 100 m, the 200 m, and the 400 m.

All foot racing events in track and field use the same finish line.

In each sprinting event, every competitor is assigned to a specific lane in which he or she must stay in for the entirety of the race. Only one athlete will be assigned to each lane. Obstructing or crossing over into another competitor's lane will result in immediate disqualification.

The 1.22m-wide division of the track closest to the field is called the inside lane.

The 1.22m-wide division of the track furthest from the field is called the outside lane.

The lanes are assigned to the sprinters in a series of three draws.

2. The fifth and sixth highest-ranked athletes participate in a draw for lanes 7 and 8.

3. The two lowest-ranked athletes participate in a draw for lanes 1 and 2.

Every middle distance event begins with the call from the starter, instructing all competitors to make their way behind the start line, and, in the case of the 800 m, into their assigned lanes.

At the starter's command, "On your mark," all competitors must assume the upright standing start position. The lead foot is placed just before the starting line, and is about shoulder-width apart from the rear foot. The competitor's body is tilted forward and both knees are slightly bent, with roughly two-thirds of his body weight on the lead foot. A straight line should be able to be drawn between the head, neck, and back as well. Finally, the hands must not touch the ground at any time.

All runners must remain motionless in this position until the firing of the starter's gun.

Although the standing start is not as powerful or explosive as a crouch start, it does help the competitor to enter his ideal upright stride and maximum speed phase sooner, as he does not have to rise and straighten out of a crouched position.

Firing of the Starter's Gun

The race officially starts upon the firing of the starter's gun. The competitors are now free to cross the starting line and race towards the finish line.

Today, the fully automatic timing system is used at every elite international competition because it can accurately capture the finish time of each competitor through the analysis of a photo finish, a series of photos or video taken rapidly at the finish line. The photo finish is considered by far to be the most important evidence in determining the winner of a foot race.

The End of the Race

A competitor is deemed as having reached the end of the race when the torso crosses the closest edge of the finish line.

The competitor whose time is the fastest, or whose torso is the first to cross the closest edge of the finish line, is deemed the winner of the race.