What Are The Caddies Wearing At The Masters? 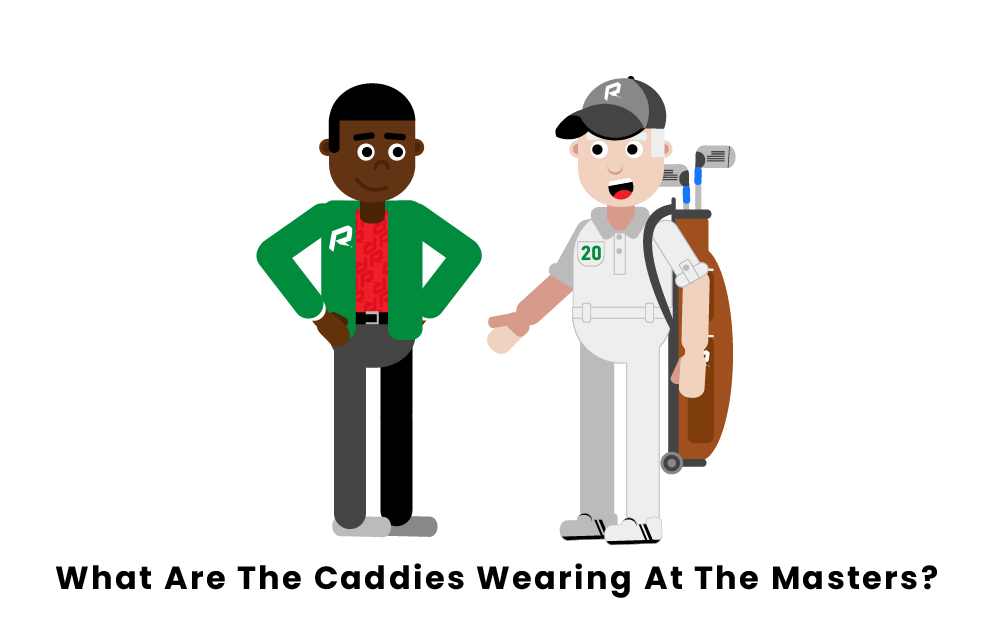 What are the caddies wearing at the Masters? Unlike at other professional golf tournaments, caddies at the Masters wear a unique and distinctive uniform which adds to the many traditions that can be found at the event. Read on to learn about what exactly this attire consists of, and the reasoning behind it.

Description of the Uniform

The caddie uniform at the Masters is a white jumpsuit with a green hat. On the white jumpsuit, a Masters emblem is stitched on the front right breast. Each golfer in the tournament is assigned a number based on the order in which they registered, and the previous winner of the tournament is always given the number one. This special number is visible in green on the left breast pocket. On the back of the jumpsuit, the golfer’s last name is spelled out in green block letters.

The caddie will also wear a green hat that includes the Masters logo in yellow. The jumpsuit is made out of a polyester and cotton blend. The block letters and numbers are made out of velcro, which allows for them to be attached to the jumpsuit. Earlier versions of the uniform were made out of heavier material, similar to what painters would wear.

History of the Caddie Uniform

The Masters is known for the many different parts of the tournament that have stayed the same since its inception. A tradition that has been around for more than 80 years is the unique white jumpsuit attire for caddies. Prior to the 1940s, caddies at the Masters would wear similar attire to the golfers they were caddying for. However, the concept of a uniformed caddie was introduced as a suggestion by tournament co-founder Cliff Roberts in a 1940 letter.

Throughout the 1940s, caddies at the Masters would wear blue denim uniforms with green caps. Toward the end of the 1940s, caddies started to wear the white jumpsuits that are seen today. These original jumpsuits were made with a heavy material but have been modified to include a blend of polyester and cotton. Regardless, the overall look of the caddie uniform has stayed the same since then.

Reasoning Behind the Uniform

The unique dress code for caddies at the Masters has an interesting backstory. For the most part, other professional golf tournaments haven’t enforced specific attire guidelines for caddies. Caddies are able to wear traditional golf attire and then a bib that includes the name of the golfer they are caddying for. However, the caddie uniform at the Masters involves a white jumpsuit with a green hat. In the 1940s, this change was made permanent at Augusta National Golf Club, which is the golf course for the Masters.

During this time period, the golf club hired a lot of lower economic class people in the local area for caddying. Members of the club wanted these caddies to appear proper and more professional. As a result, the club created a policy that required all caddies to wear white jumpsuits. This appearance looked a lot cleaner against the dark green grass of the golf course. After this change was made, members wanted caddies at the Masters to follow the same guidelines.

Pages Related to What Are The Caddies Wearing At The Masters?