How Many Holes In One Have There Been At The Masters? 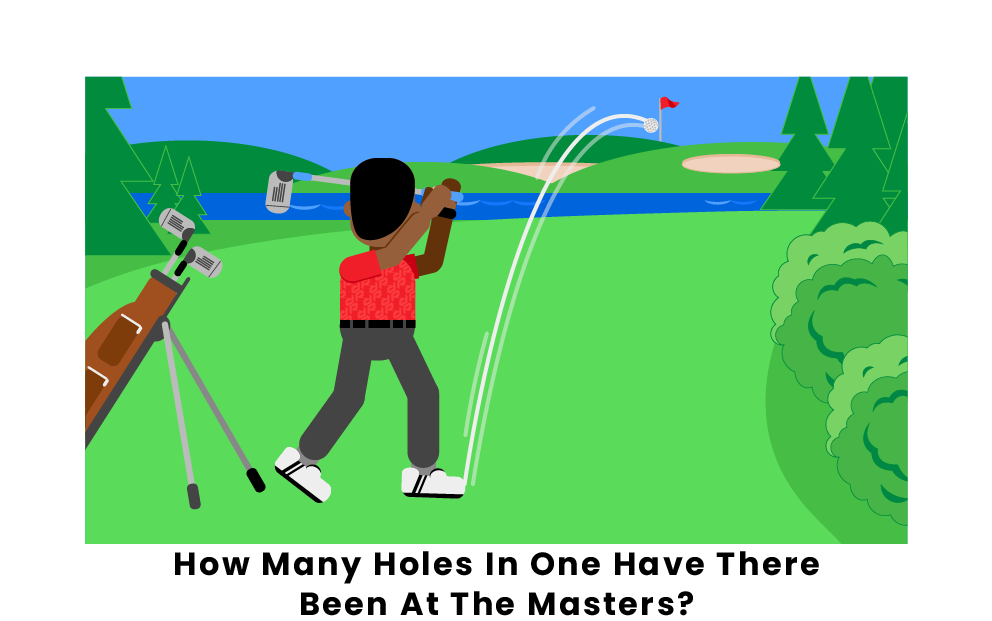 One of the most difficult feats in golf, both at the amateur and professional levels, is to score a hole in one by hitting a golf ball into the hole in only one shot. Over the years, the PGA Tour has seen a number of professionals shoot holes in one, including at the Masters, but how many holes in one have there actually been at the Masters? Here, we take a look at all of the famous aces scored at the Augusta National Golf Course during the history of the Masters Tournament, broken down by the hole of the course they occurred on.

In the history of the Masters Tournament, which began in 1934, there have been only 33 holes in one. Below, we break down those 33 aces by dividing them based on the hole they occurred on.

The fourth hole of the Masters is known as flowering crab apple, a name derived from the Malus hybrida plant, a crab apple tree that flowers in late March and early April when the Masters is played. The hole is a par three that requires a long iron and can often be made more challenging due to the somewhat deceptive wind patterns. However, the hole is also very straight and has only two sand bunkers, making the path to the green very straightforward.

There has only been one ace on the fourth hole in the history of the Masters. That hole in one was made by Jeff Sluman in 1992 and was a 213-yard hole in one made using a 4-iron.

The sixth hole on the Augusta National course, Juniper, is named for the native evergreen tree that grows along its edges, Juniperus virginiana. It is a par three hole with an elevated tee and a large, hilly green, which makes putting more challenging. The early stretch of the fairway is also narrow, with trees on either side, giving golfers a small target area. However, like the fourth hole, Juniper is fairly straight, and the elevated teeing area can give golfers a better vantage point as they shoot down to the green.

There have been six holes in one on the sixth hole of the Masters, that are:

Golden Bell, the twelfth hole at the Masters, is named for the Golden Bell shrub, Forsythia intermedia, which produces vibrant yellow flowers in March and April. The hole, a par three of 155 yards, is often considered an extremely challenging one, with changing winds that make selecting the right club very difficult. The presence of a large water hazard, Rae’s Creek, and three greenside bunkers make the hole immensely challenging. As a result, players often must land their first shots directly on the green, which by necessity makes holes in one more possible.

There have been three holes in one on the twelfth hole at the Masters, that are:

The sixteenth hole on the Augusta National course, Redbud, has by far seen the most holes in one of any hole at the Masters Tournament, with 23 holes in one, three of which occurred all in one year, 2016. Named for the small tree Cercis canadensis, whose pink flowers bloom in March and April, it is a par three that takes place almost entirely over water, a long pond that leads up to a green surrounded by three bunkers. The hole design initially did not contain water, but the early design proved too easy for Masters competitors, which resulted in water being added and the green being shifted slightly to the right, changes made in 1947. Nevertheless, the hole’s straight distance provides an easy path to the green, so long as one can make it over the water, which may account for the large number of aces on the hole.

The 23 holes in one that have occurred on the sixteenth hole of the Masters are:

How many holes in one have there been at the Masters?

Which hole at the Masters has had the most holes in one scored?

Have any amateur golfers scored holes in one at the Masters?

Pages Related to How Many Holes In One Have There Been At The Masters?