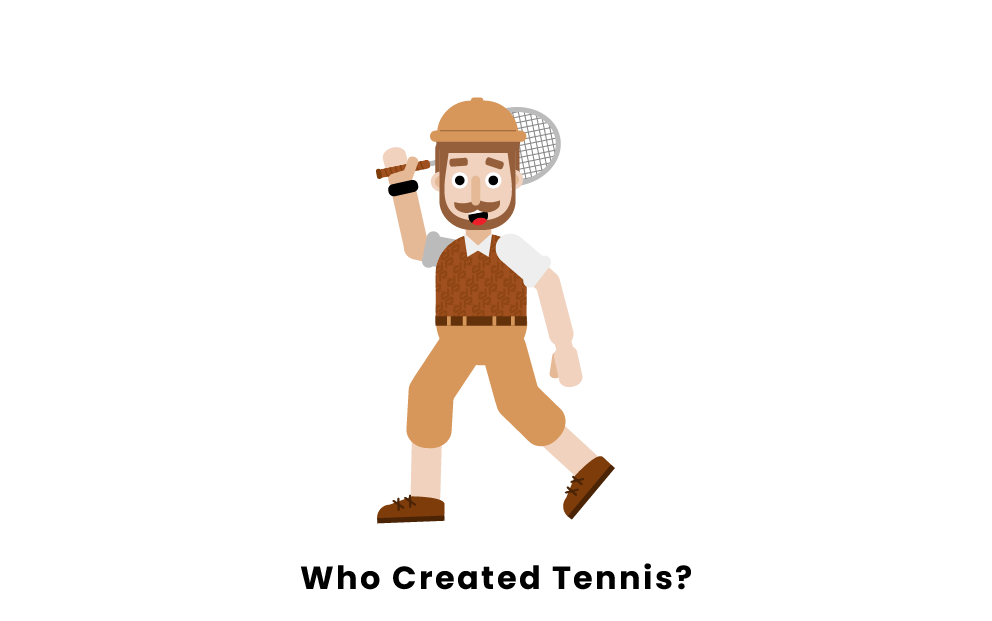 Professional tennis began in 1972, but the game has a much deeper history than that. Originally called lawn tennis, the game dates back all the way to 1873. Read on to learn all about the history of tennis and its creator.

Major Walter Wingfield created the first version of modern tennis in 1874. Wingfield invented the game in his home of Great Britain. His version of tennis was played on lawn grass and consisted of a box set with rubber balls, a net, poles, court markers, and an instructional manual. Wingfield thought of the idea for a more improved court than what they used in ancient times. He also marketed the game and even wrote two books about it!

While Wingfield is credited with creating the first form of modern tennis as we know it, the game’s roots date back thousands of years. It is believed that ancient Greeks, Egyptians, and Romans played some form of tennis thousands of years ago. Around the year 1000, monks created a court ball game where they served and hit the ball off of the monastery walls over a rope. The game continued to evolve, and by the 13th century, there were an estimated 1,800 indoor courts. This ancient predecessor to tennis continued to evolve and change as it gained popularity until Wingfield created the first form of modern tennis.

Who invented the tennis racket?

Major Walter Wingfield is credited with inventing the first tennis racket in 1874. The first racket was made out of wood in the city of London. Within one year, Wingfield’s creation had been sold for use in Russia, China, India, and Canada. The racket head was wider and more flat than the modern-day rackets. Howard Head invented the first racket with a more modern look. Working with popular tennis brand Prince, Head’s rackets were called the Prince Classic and the more expensive Prince Pro. They both featured aluminum heads and a larger area of string, making for a greater sweet spot.

Who invented the tennis ball?

Charles Goodyear invented the first tennis ball in the 1850s. The original ball that Goodyear created was completely rubber, but it would wear down and break too easily. To prevent this issue, the ball was covered in flannel but maintained the same rubber core. The tennis balls were black or white, depending on the background of the court. It was not until 1972 that the official color of a tennis ball was named yellow to make the ball visible to viewers. The tennis ball has gone through its modifications, but the history remains at its core.

Who is the inventor of tennis?

When did tennis reach America?

Tennis first reached the United States of America in 1881 when the National Lawn Tennis Association was formed. Mary Outerbridge is credited with bringing the sport to America after she saw it being played in Bermuda. Soon after, tennis clubs were formed all over the country. The first major tennis tournament in the United States was the US Open Championship. To this day, the US Open is still played and is considered one of the four Grand Slam tournaments. The other three are the Wimbledon, Australian Open, and the French Open.

When was the first competitive tournament played?

Pages Related to Who Created Tennis?