Where Is Tennis Most Popular? 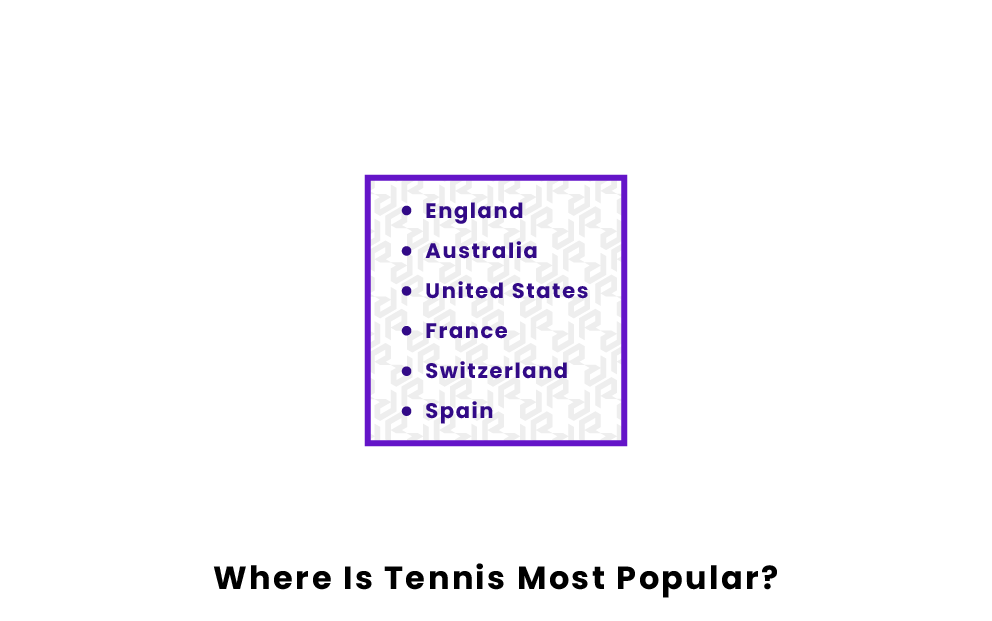 What Countries Is Tennis Most Popular In?

England is known to be the birthplace of modern tennis. The first match, which was still referred to as lawn tennis at the time, was played in Edgbaston, Birmingham. As tennis clubs began to be established throughout the 19th century in England, the famous Wimbledon tournament was initiated by the All England Lawn Tennis and Croquet Club. The first tournament was played in 1877, and since then, it has become the leading Grand Slam event, and England has continued as one of the top tennis countries in the world.

Similar to England, Australia also hosts its own Grand Slam event each year, known as the Australian Open. The tournament first began in 1905 and was originally hosted in conjunction with New Zealand. The Australian Open gained much notoriety when it was moved to Melbourne in the 1980s, greatly increasing the popularity of tennis throughout the country. As the sport has continued to grow in Australia over the years, many of the world’s top players have emerged from the country, such as Nick Kyrgios and Ashleigh Barty.

While the United States is known for many sports, tennis remains one of the country’s top sports, with a notable history. The first American tennis match was played in 1874 in Nahant, Massachusetts. This launched the establishment of several tennis clubs throughout the 1880s and the beginning of the US Open tournament in 1881. The United States also boasts Arthur Ashe Stadium, which is the largest tennis stadium in the world, containing 23,771 total seats.

The large popularity of tennis in the US can greatly be attributed to the accessibility of the sport. There are many public courts available throughout the country where people can play free of charge. Tennis equipment in the United States is also relatively affordable when compared to many other countries around the world.

The start of tennis in France dates back to the 1500s, when King Francis I would play at the royal court of France. While the creation of modern tennis is attributed to England, the precursor of the sport, known as Jeu de Paume, was played in France far before the 19th century. As modern-day tennis made its way to France, the game quickly gained popularity, and the French Open was started in 1891. Only French players were allowed to participate in the tournament initially until 1925, when the competition began accepting international players and the tournament rapidly grew in popularity.

The popularity of tennis in Switzerland has seen immense recent growth thanks to two players: Roger Federer and Martina Hingis. Federer has established himself as one of the top tennis players of all time. He has broken numerous records throughout his successful career, including winning over 100 ATP singles titles. Martina Hingis also helped to put Switzerland on the map in the tennis realm, becoming the first Swiss player to win a Grand Slam tournament. She was only 16 years and three months-old when she finished in first place at the Australian Open in 1997.

Spain is another country that has a rich history of tennis, dating back to matches being played at the Spanish court up until the 17th century. While the popularity of the sport faded for the next few centuries, tennis is once again one of the top sports in Spain. The country has experienced much recent success in the sport, winning the Davis Cup six times throughout the 21st century, in 2000, 2004, 2008, 2009, 2011, and 2019. Another driving force for Spain’s tennis success is superstar Raphael Nadal. Nadal has proved to be one of the best tennis players of all time, as he has the most Grand Slam wins of all time, with 22 victories.

Pages Related to Where Is Tennis Most Popular?