What Do You Call A Tennis Score? 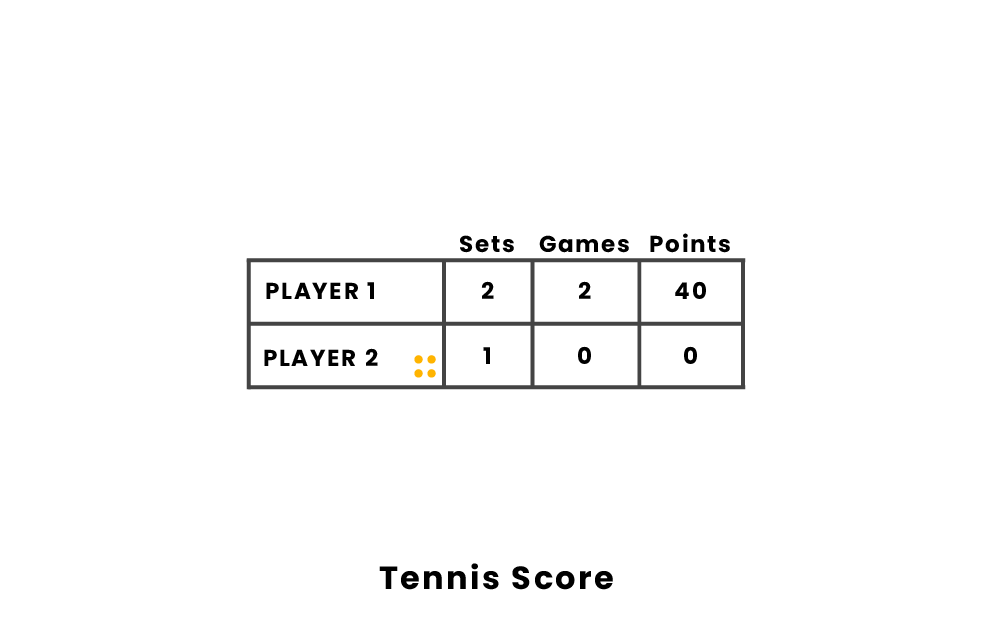 Tennis scoring is a bit different than scoring in most other major sports. The basics of scoring in tennis is that points go to a game and games go to a set and sets go to a match. The winner of the match is the winner. How that breaks down, however, depends on scenarios and the way in which the score is broken down also is different.

The point system in tennis. The first point a player receives is "15." The second is "30", the third is "40" and then the game. For instance player A, who is serving, wins the first point. Then Player B wins two points back to back. After the first point the score would be 15-0. Then it would be 15-15 and then 15-30. If the score is tied at 40-40 that is called "deuce." When a game reaches deuce a player has to win by two points. If the score is 40-40 and then player A scores a point then the score is "Advantage (adv.) player A". If player A wins the next point they win the game. If player B wins a point then the score goes back to 40-40, deuce. To win a game at deuce, one must win two consecutive points.

Player A, listed first, won the first set by six games to four, then lost the next two sets and won the fourth and fifth. Player A won three sets out of five and is the winner of the match.

Pages Related To What Do You Call A Tennis Score?