What Does Love Mean In Tennis? 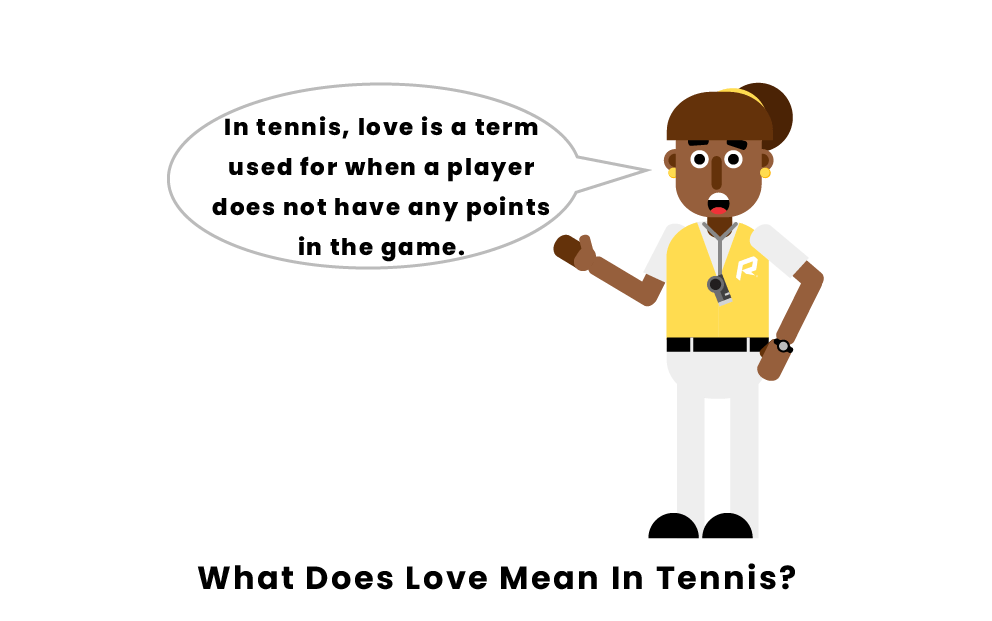 Love is a saying that is used in the game of tennis to represent a score of zero in a particular game. At the beginning of a game during a set of a tennis match, the score would be announced as love-love instead of zero-zero. There are various theories about the unknown origin of the term love, but none can be proven to be correct. This means that there is no true knowledge about the origin of the term. Some people believe that it stems from the colloquial phrase “for love” or that it stems from the french word for “egg” since the zero on a scoreboard looks like an egg. When announcing a score for tennis, zero is flat out wrong since that is not how the score would be announced during a match. You must announce a score of zero as love. This means that the scoring for a tennis match includes love, 15, 30, 40, and deuce.

The scoring system is not much similar to any sport, so it is normal to be confused on anything about it. A common area of confusion is the use of the term “love,” which is used in place of the word “zero” during tennis matches. At the beginning of a tennis game, the score can be pronounced in one of two ways: “love (to) love” or “love all.” The latter option has almost always been used in tennis matches since the 1980s.

Why is “Love” Used in Tennis?

It is confusing enough that tennis refers to “zero” as “love,” but where this significance originated is even more of a mystery. Some believe that the expression “love all,” when a game’s score is 0-0, is nice as it portrays the advantage going to nobody. Similar to this theory, the use of “love” when referring to “zero” may refer to an appreciation of the game. If one has not scored in the game, the idea is that their score shows they are not playing to win, but for the “love of the game.”

On a different note, some people say that the French word, l'œuf, meaning “the egg,” is where referring to “zero” as “love” comes from as the number zero looks like an egg.

Pages Related to What Does Love Mean In Tennis?