What Is A Tie Break In Tennis? 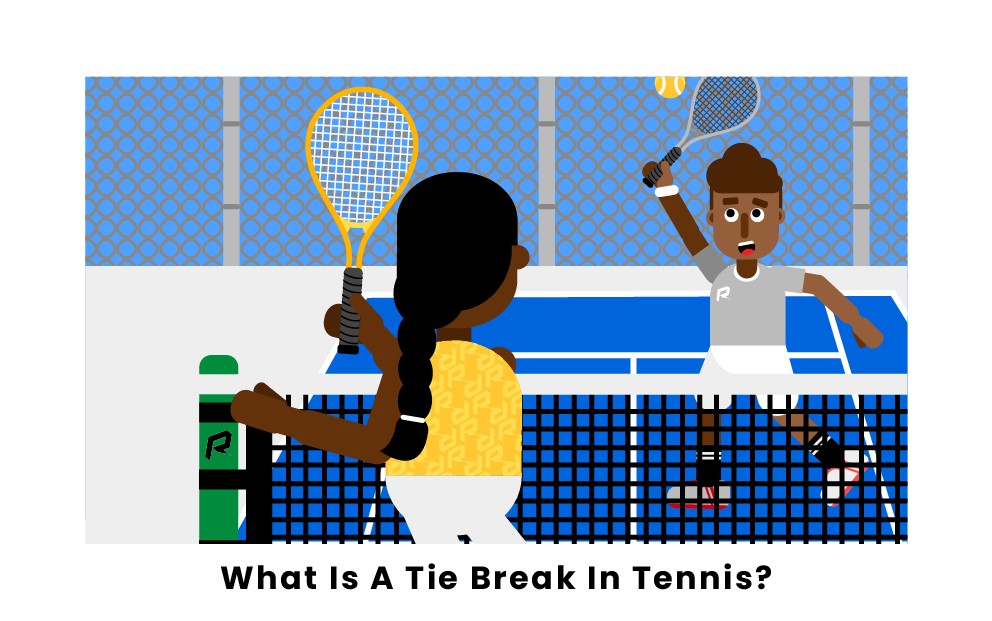 There are two different types of tie breaks in tennis: a tie break resulting from a deuce and a tie break set. Both tie break situations are unique and are resolved in their own way.

In a typical game of tennis, one side must score at least four points to win.  If the score gets to 3-2 (40-30), 3-1 (40-15), or 3-0 (40-love/0) and the player with 3 points scores again, they win.  If the score gets to 3-3 (40-40), this is called a deuce. If one side wins a point in a deuce, the score is referred to as Advantage In (the winning side)-Advantage Out. Then, if the Advantage In side scores another point, they win the game. In a deuce, a side needs to win two consecutive points to win. This is one aspect of a tie break in tennis, but it is generally not what people think of when regarding a tennis tie break.

The tie break in tennis usually refers to when a set of games is a war of attrition. A “tie break set” requires a player to win six games in order to win. If the set is tied at 5-5, a player must win two consecutive games to win the set. If the set is tied at 6-6, then a final game is played which determines the winner of the set. This is called the “tie break game.” In a tie break game, a player must score 7 points and have a lead by at least two points at the time of the 7th point scored to win (the “15, 30, 40” system is not used in this situation). Each player switches sides after 6 points have been played.

Pages Related to What Is A Tie Break In Tennis?