What Is The Longest And Shortest Wimbledon Tennis Matches? 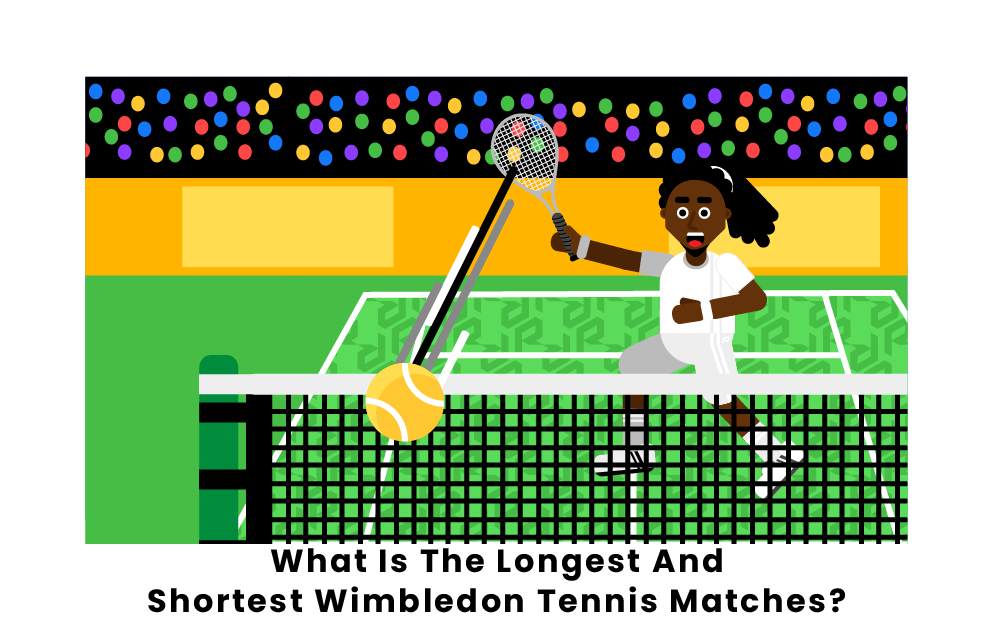 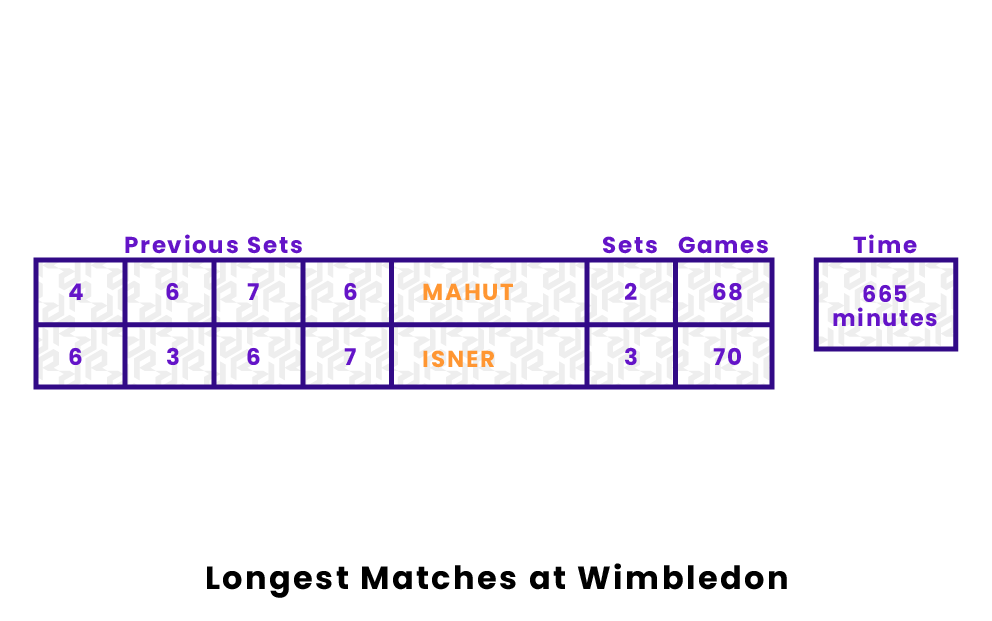 Until 2018, Wimbledon did not have a tie break rule when the final set reached a score of 6-6. This meant that in order to win a match, a player had to win the final set by two games. In the first round of the 2010 Wimbledon tournament, John Isner and Nicolas Mahut displayed how this rule can result in a very long tennis match. Isner defeated Mahut 6-4, 3-6, 6-7, 7-6, 70-68, which lasted 11 hours and five minutes (665 minutes) and spanned over three days.

Isner is well known for having one of the fastest serves in the game, so he would win all of his games when he was serving but was unable to break Mahut’s serve until the 137th game in the fifth and final set. The final set lasted over eight hours, and this is one of the reasons that Wimbledon created a tie break rule. The new rule states that once a final set reaches a score of 12-12, then a tie break game will be implemented. This rule keeps Wimbledon unique compared to the other majors but helps prevent marathon matches like the one between Isner and Mahut.

The longest-ever match at the other majors occurred at the French Open and was only six hours and thirty-three minutes. This showed Wimbledon’s potential for very long matches, leading to the rule change. The longest women’s match at Wimbledon was in 1985 when Chanda Rubin defeated Patricia Hy-Boulais 7-6 (7-4), 6-7 (5-7), 17-15 in three hours and 45 minutes. This is more than double the time it should take to complete a best-of-3 match, and no other women’s singles match has lasted this long at Wimbledon. 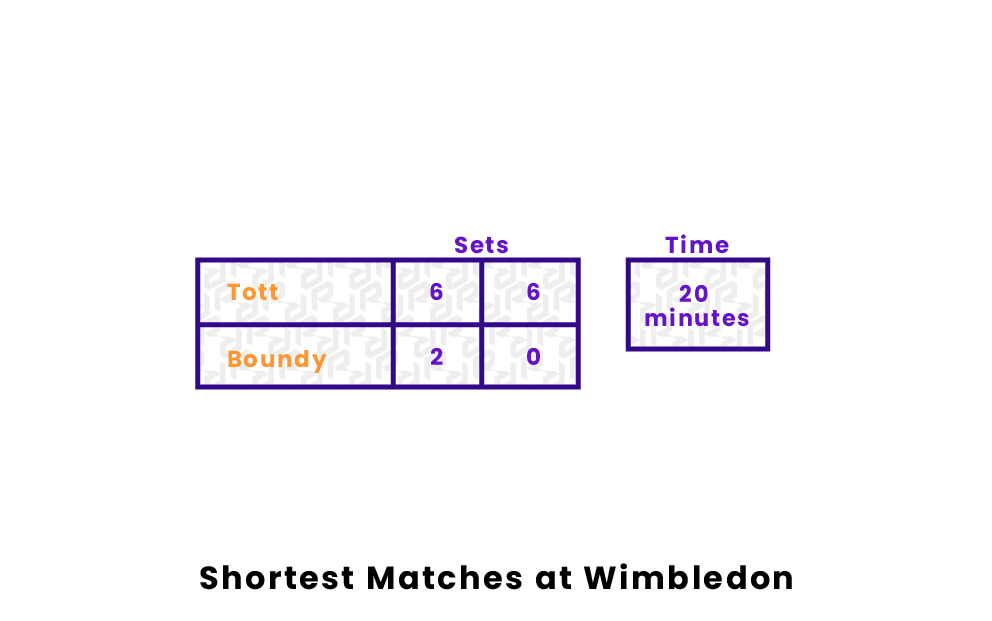 Along with the long matches, Wimbledon has also had its share of very quick matches. A best-of-3 tennis match lasts around 90 minutes, and a best-of-5 tennis match averages 2 hours and 45 minutes. In 1969, the shortest ever best-of-3 match was recorded when Sue Tott defeated Marion Boundy 6-2, 6-0 in only 20 minutes. This was a first-round match and is the shortest match that has ever been recorded in Wimbledon history. Tott would lose in the next round but accomplished something that has not been done since.

Over forty years before the 20-minute match, in the 1922 Wimbledon final, Suzanne Lenglen defeated Molla Mallory 6-2, 6-0, in only 23 minutes. This is the shortest time to complete a match in a final at Wimbledon. Three years later, Lenglen defeated Joan Fry in the finals in 25 minutes. Lenglen was quite an efficient tennis player in the Wimbledon finals in the 1920s, and since then, there have not been many times recorded like the ones that Lenglen was able to complete.

On the men’s side, the shortest match was recorded in the 1881 Wimbledon final. This was between William Renshaw and John Hartley, with Renshaw winning the match 6-0, 6-1, 6-1, in only 36 minutes. This is an average of 12 minutes a set and 1.8 minutes per game. Hartley had won the previous two Wimbledon tournaments, but Renshaw showed his dominance and would eventually go on to win six more Wimbledon tournaments.

Pages Related to What Is The Longest And Shortest Wimbledon Tennis Matches?