What Is The Longest And Shortest US Open Tennis Matches? 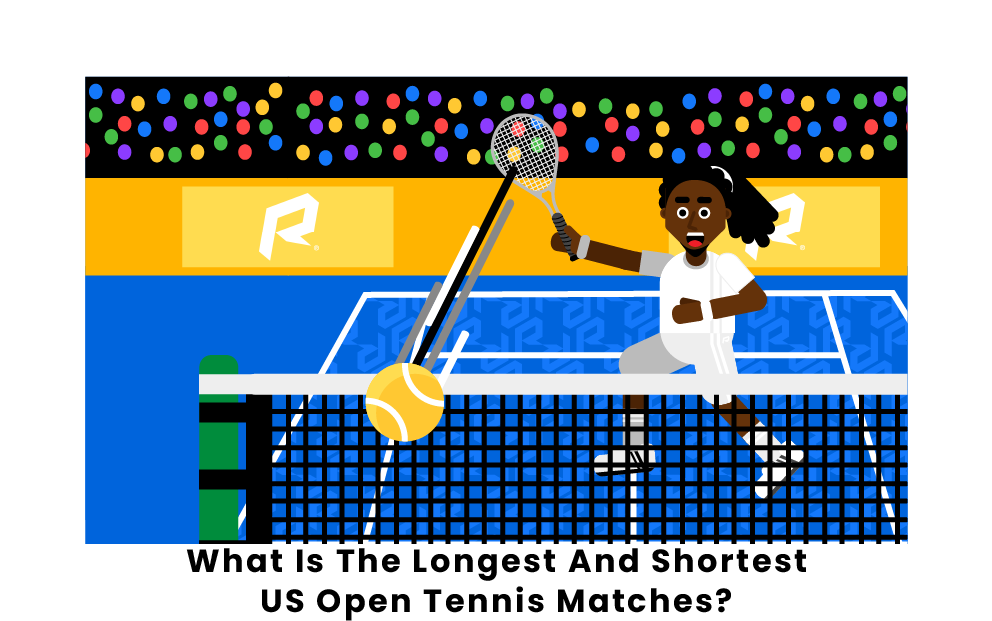 Every year, the US Open attracts tennis audiences from around the world for two weeks at the end of the summer. As one of the four Grand Slam events in tennis, along with the French Open, Australian Open, and the Wimbledon Championship, the US Open always hosts the best players in the world, which can lead to some grueling, extra-long matches. Conversely, if one player is on their game and their opponent is not, the match can be over quite quickly. The remainder of this piece will discuss both the longest and shortest matches in the history of the US Open.

On the men’s side, the longest match ever at the US Open took place at the 1992 edition of the tournament. In the semifinals that year, American Michael Chang went up against one of the better players of his generation, Stefan Edberg. At the time of the tournament, Edberg was ranked number two in the world, while Chang was not far behind, at number four.

Eventually, Edberg would ever so slightly defeat Chang in a five-set thriller by a score of 6-7, 7-5, 7-6, 5-7, 6-4. The record match lasted an incredible five hours and 26 minutes, and it is still the longest match ever to date in the 141-year history of the US Open. While this is the longest match ever at the US Open, it is not even in the top five as far as longest tennis matches of all time, giving one an idea of just how long tennis matches can last. Edberg would go on to defeat another American, Pete Sampras, in the final, winning the final Grand Slam of his career.

Since men play a best of five sets match at Grand Slam events, and women play a best of three sets match, men’s matches will naturally last longer than women’s. As for the longest women’s match in US Open history, there were actually two matches that set the record recently. In 2021, two first-round women’s matches lasted a record three hours and 40 minutes, and they amazingly started at almost the same time on the same day, August 30th.

In the first of these matches, Spaniard Rebeka Masarova defeated Romanian Ana Bogdan 6-7, 7-6, 7-6, while Elise Mertens of Belgium took down Rebecca Peterson of Sweden 3-6, 7-6, 7-6 in the other match. Masarova would go on to lose in the second round of the tournament to Elina Svitolina of Ukraine by a score of 6-2, 7-5. As for Mertens, she advanced all the way to the Round of 16, where she ultimately fell to world number two Aryna Sabalenka of Belarus 6-4, 6-1. On the other end of the spectrum, there have been some incredibly short matches at the US Open as well.

As was stated above, men’s matches usually last longer than women’s matches since they are played to five sets, while women’s matches are played to the best of three sets. Thus, the shortest match in US Open history was naturally a women’s match. In 2002, all-time great and then-world number one Serena Williams defeated Russian Dinara Safina in the second round of the tournament in a match that lasted just 40 minutes. Serena lost only one game throughout the entire match, winning 6-0, 6-1. Serena would go on to win the US Open that year, defeating her own sister Venus Williams, the world’s second-ranked player at the time, in the final.

On the men’s side, the shortest US Open match ever is believed to be Czechoslovakian Ivan Lendl’s “triple bagel” against South African Barry Moir in the 1987 first round. In other words, Lendl did not lose a single game in the match, winning all three sets by a score of 6-0. The record match lasted just one hour and 11 minutes, a time that would be considered fast for a women’s best of three sets match. There have only been six instances of a triple bagel in the history of the four tennis Grand Slam events, and Lendl’s is the only one ever at the US Open. As for the other Grand Slam triple bagels, there have been three at the French Open and two at the Wimbledon Championships. As for the Australian Open, there has never been a triple bagel at the tournament. Like Serena, Ivan Lendl would go on to win the US Open in 1987, defeating Mats Wilander in the final to secure his sixth Grand Slam title.

Pages Related to What Is The Longest And Shortest US Open Tennis Matches?