What Is The Longest And Shortest Australian Open Tennis Matches? 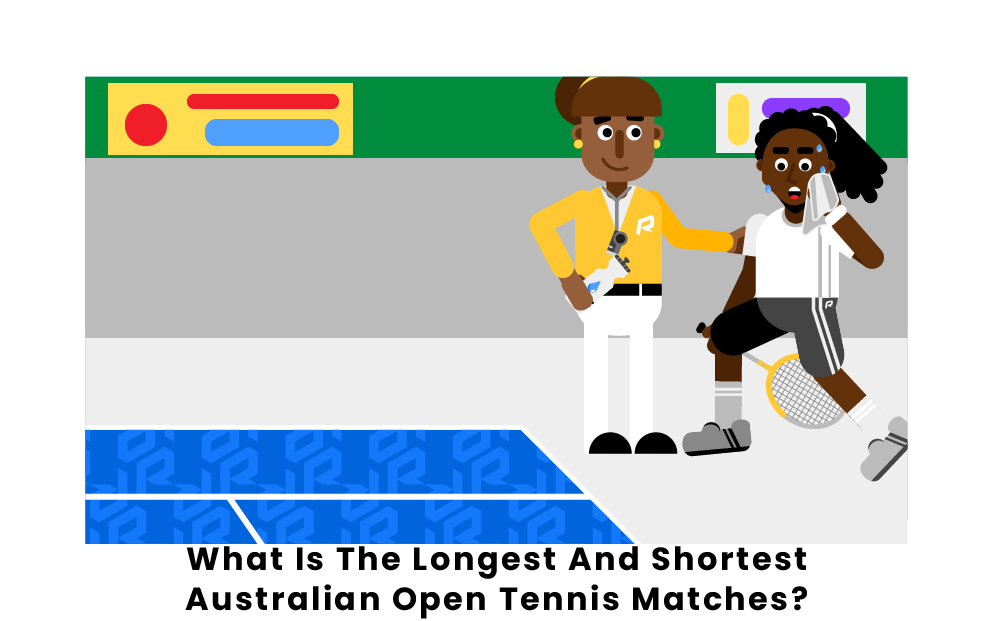 The longest-lasting Australian Open Match took place back in 2012 when Novak Djokovic battled Rafael Nadal for 5 hours and 53 minutes.

Djokovic beat Nadal in the epic match 5-7, 6-2, 6-4, 6-7, 7-5. It was quite fitting that the marathon of a match happened to be the Australian Open final, the largest possible stage. What made this match last so long was the length and intensity in which each point was played.

Rafael Nadal is known for his defensive style of tennis in which he grinds down his opponent, waiting for them to make an error. That style has Nadal playing longer points, and that was on full display in the final. Usually, Nadal’s superior level of fitness can win him matches, but that was not the case against Djokovic’s impeccable groundstrokes. After the match, Djokovic said, "It was obvious on the court for everybody who has watched the match that both of us, physically, we took the last drop of energy that we had from our bodies." This line perfectly encapsulates the match, which required a superhuman display of endurance by both players.

Women’s matches are typically quicker than men’s because they are best of three sets rather than a best of five like the men play. The longest WTA Australian Open match came back in 2011 in the fourth round, between the eighth seed Francesca Schiavone and Svetlana Kuznetsova. Schiavone was able to outlast Kuznetsova in a thrilling tiebreaker. Schiavone took home the first set six games to four before Kuznetsova was able to rally back and dominate the second set six games to one. At this point, the match was nothing special; it was simply entering the final set. That’s when everything changed, as neither side would give up. The two traded blows en route to a 30-game final set, Schiavone winning 16 and Kuznetsova winning 14. The match between Francesca Schiavone vs. Svetlana Kuznetsova in 2011 lasted a whopping four hours and forty-four minutes.

Unlike the longest matches ever played at the Australian Open, it is difficult to find the shortest match. These matches are not as well known and can be forgotten by history. That being said, WTA’s Ash Barty’s run to the Australian Open Final in 2021 contained several matches that were finished in under an hour. One, in particular, came against Danka Kovinic, where Barty cruised to a 6-0, 6-0 double bagel victory. The match only lasted 44 minutes, making it one of the shortest matches in Australian Open history. This feat is even more impressive because Barty only lost a total of 21 games in the entire tournament. Her championship run was likely the quickest in terms of total time in women’s history.

There has never been a triple bagel (three sets won without losing a single game) by a man at the Australian Open. The closest anyone has gotten took place back in 2007 in the first round of the tournament. Britain’s Andy Murray came within one game of pulling off the impressive accomplishment. In a fast-moving match, he defeated Alberto Martin 6-0, 6-0, 6-1. The match had a chance to be even quicker, as Martin won his first game while down 5-0 in the third and final set. The match took only 69 minutes, as Murray completely beat down his opponent. In addition to it being the quickest match, it was also the shortest Australian Open men’s match in terms of games played (19).

Pages Related to What Is The Longest And Shortest Australian Open Tennis Matches?