What Is The Australian Open In Tennis? 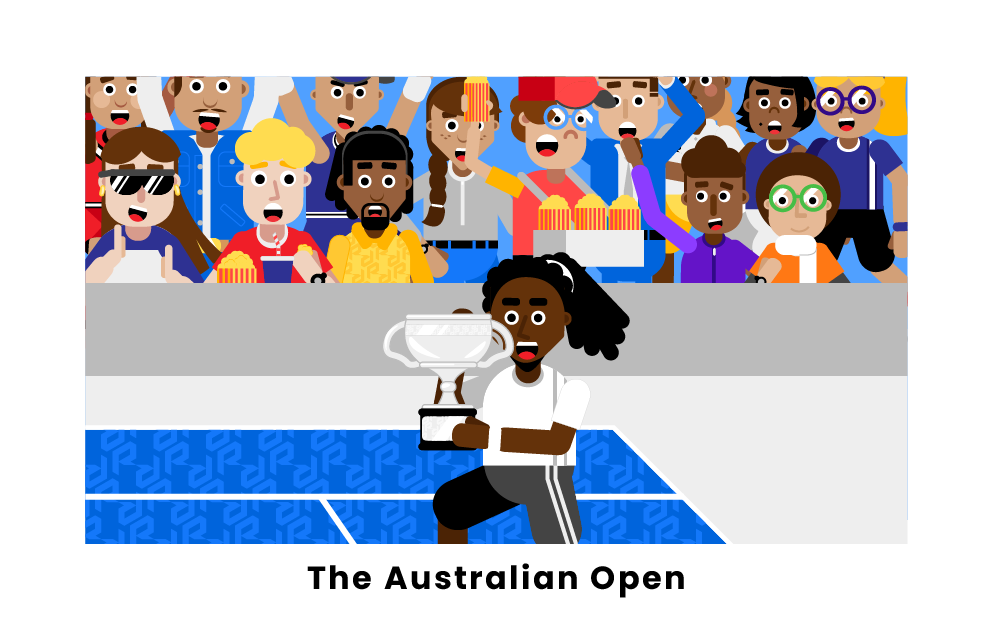 The Australian Open is one of the biggest tennis tournaments in the world, and one of four tennis Grand Slams. The Australian Open takes place in mid-late January every year, offers almost $3,000,000 to the winner of the tournament, and is considered a crowning achievement in a tennis player’s career.

The Australian Open is the first and most highly attended of the four Grand Slam tennis events each year. Listed below is a brief summation of the tournament’s rich history, a breakdown of what the winners of each match walk away with, and the various Australian Open records set and held by the very best in the sport.

The Australian Open takes place annually in mid-to-late January. It is held at Melbourne Park, an athletic venue in the city of Melbourne, which is the capital of the Australian province of Victoria. The tournament lasts two weeks, with the end of the event typically coinciding with Australia Day, the country’s official holiday, which is celebrated on January 26. Events and competitions featured at the tournament include:

The first round of play is a multi-day qualification phase, after which players are seeded according to their performance, and knockout rounds begin. The next rounds follow a traditional single-elimination tournament bracket until a winner is determined.

Matches follow a 12-set structure, where the first to win seven sets wins the match. To win a set, a player must win at least six games, and be ahead of two games in that set. If the twelfth set is completed and the score is even at 6-6, players will play until someone reaches ten points in an extra tie-breaking game.

The Australian Open is played on hardcourts, and has been since 1988, the first year it was held in Melbourne. Prior to 1988, the tournament was played on grass.

The first Australian Open was held in 1905 at the Warehousemen’s Cricket Ground in Melbourne and was titled The Australasian Championships. After almost two decades, in 1922, women’s singles and doubles events were added to the roster of official events. For the next 50 or so years, the tournament slowly increased in popularity and was played in seven different locations, five in Australia (Melbourne, Sydney, Adelaide, Brisbane, Perth) and even two singular events in New Zealand (Christchurch in 1906 and Hastings in 1912).

In the late 1960s, 70s, and 80s, the tournament began to majorly shift things around. In 1969, the moniker The Australian Open was officially adopted. Three years later, it was decided to make the competition a spectator experience in Melbourne, with an estimated attendance of 140,000 people. In 1988, the official playing surface was switched from grass to a hard outdoor court, and the official home of the Australian Open became the arena at Melbourne Park. Since these two switches occurred, the tournament bloomed into the most attended competition in tennis history, giving it the nickname “the happy slam.”

Like any professional tennis tournament, the Australian Open is divided into qualifying rounds, competitive rounds, and final matches, with respective money and recognition awarded at each successive level.

Ranking points for men are awarded by the Association of Tennis Professionals (ATP), while the ranking points for women are awarded by the Women’s Tennis Association (WTA). For singles, these points start at 0 for men and 2 for women in the first qualifying round and go up to 2000 points for winning the final match. There are no qualifying rounds for doubles, and the points start at 0 for the men and 10 for the women in the R64 round and increase gradually up to 2000 points for winning the final match.

Winners of the Australian Open

Margaret Court is the most prolific individual winner of the Australian Open. She won a total of 11 times, including seven victories before 1968 (when it was still the Australian Championships) and four victories after 1968.

In the 2022 Australian Open, Rafael Nadal won the men’s singles final against Daniil Medvedev in five contentious sets. In the women’s singles final, Ashleigh Barty successfully defended her 2021 win against Danielle Collins in two sets. Thanasi Kokkinakis and Nick Kyrgios successfully defended their 2021 title against fellow Australians Matthew Ebden and Max Purcell in two long sets in the men’s doubles. In the women’s doubles, Barbora Krejčíková and Kateřina Siniaková successfully defended their own titles against Anna Danilina and Beatriz Haddad Maia in three sets. Lastly, in the mixed doubles final, Kristina Mladenovic and Ivan Dodig defended their title and won against Jaimee Fourlis and Jason Kubler in two quick sets.

How much does the winner of the Australian Open get?

Pages Related to What Is The Australian Open In Tennis?