What Is A Tennis Skirt? 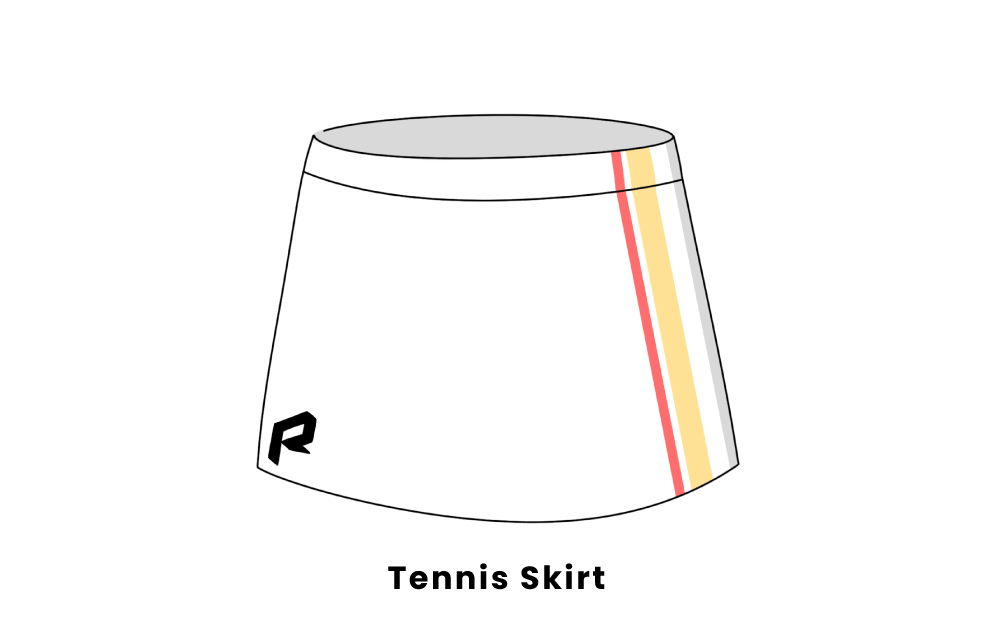 Tennis uniforms have come a long way to transform into what they are today. Near the beginning of women's professional play, large and bulky dresses were worn, as these were required by regulatory associations and tournaments such as Wimbledon. Such dresses were the norm until around the 1950s, when skirts started to gain popularity. As less and less restrictions were imposed on what players were required to wear, tennis fashion began to see a wide array of uniform options following the trend of skirts in the 50s.

Currently, tennis skirts are very popular both within the world of tennis and beyond.

Many tennis players prefer skirts over other options because of their comfort. Tennis skirts typically consist of pleated or vertically lined patterns that allow for a more breathable design. Other popular designs include the "skort" design, which uses a mixture of spandex-type shorts under a thin skirt layer. These skirt designs allow athletes to move comfortably around the court, and are great alternatives to the obstructive dresses of the past.

Skirts Off The Court

While tennis skirts originated on the court, many people have taken a liking to them as an article for everyday fashion off of the court. In recent years there has been a growing trend of tennis skirts in mainstream fashion. Many people choose to wear tennis skirts as a fashionable alternative to other skirts and short dress options. Many popular designers, such as Nike and Adidas, have designed skirts both for players of the sport as well as the casual, everyday consumer.

Many professional and recreational tennis players choose to wear skirts. Serena Williams is one of the most notable athletes to compete wearing a skirt. Although Serena is known to push the boundaries of tennis fashion, she often wears skirts during play.

Pages Related to What Is A Tennis Skirt?