What Is A Tennis Rally? 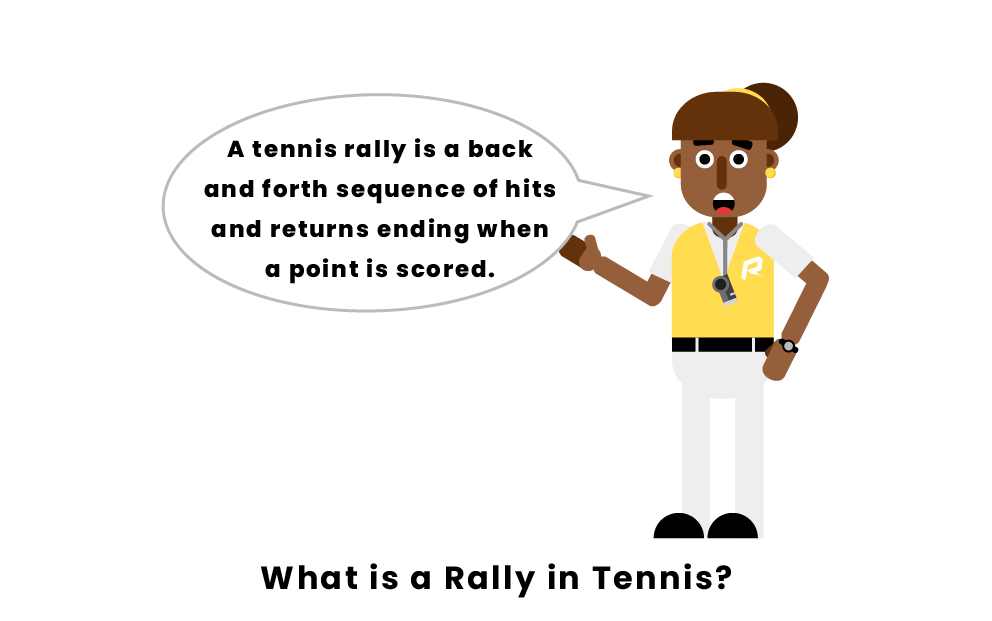 A tennis rally refers to a regular sequence of play involving two players hitting the ball continuously back and forth successfully over the net. A rally begins with the serve, which must be hit into the proper box on the opposite side of the court.

For the rally to be deemed a valid rally, the serve must be successfully returned by the receiver over the net so that the server has a chance to then return the ball. Once this occurs, the two players have initiated a rally, which is thus composed of the remaining back and forth successful returns between the two players, ending when either player scores a point.

Once a point is scored, the rally is officially over and the next one may only begin when the next serve is made.

How Does a Rally Impact a Match?

Tennis rallies can vary greatly in terms of their length and duration. Because of this, some rallies can have lasting effects on one or more players involved in a tennis rally. For example, a match with many short, quick rallies may finish in a short time and leave players with plenty of energy remaining. However, if a match features one or more long, grueling rallies, players may be at risk of exhaustion or great fatigue. This can be a weakness for some players, making endurance a very important quality to have when playing tennis.

What is the longest tennis rally in history?

The longest professional tennis rally occurred in 1984, when Vicki Nelson and Jean Hepner rallied for 29 straight minutes, hitting 643 shots between the two of them. Nelson ended the rally on the 643rd shot, completely exhausted from the exchange.

Pages Related to What Is A Tennis Rally?