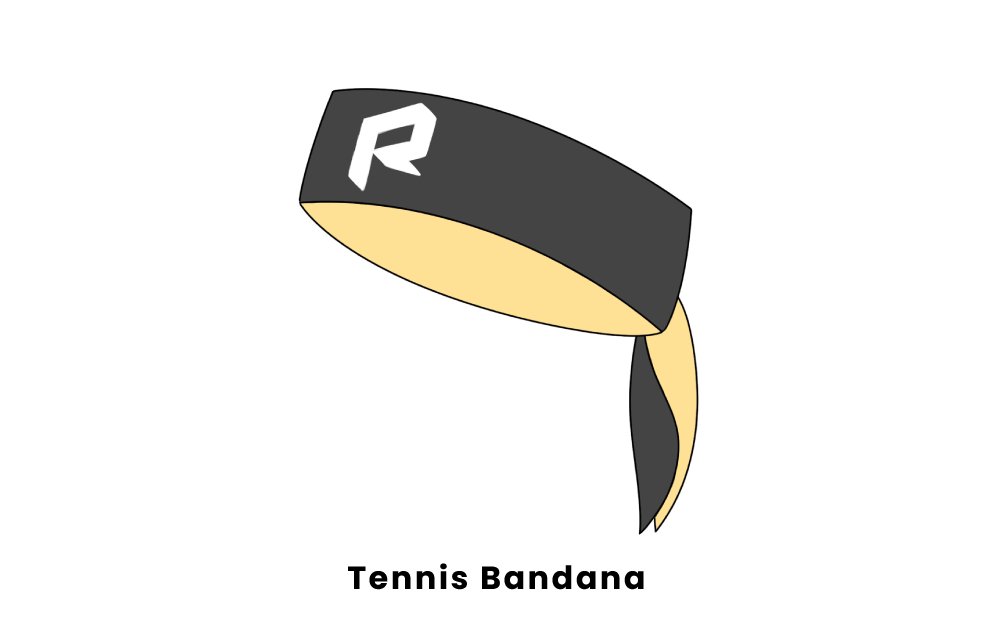 A bandana is a piece of fabric used to keep a players' hair covered in order to prevent the hair from flopping in the players eyes during the match. Bandanas can also be utilized as cooling mechanisms, in which sweat from the head area is contained and doesn't drip down the player's face. Players who either have long hair, or are easily bothered by sweat dripping down their face are more likely to wear bandanas during tennis matches.

Why are bandanas worn in tennis?

Given the extreme difficulty and effort it takes to be successful in sports, it is imperative that players are as comfortable as possible when competing in their respective sports. Tennis requires incredible endurance as players are constantly sprinting all over the court, exerting immense amounts of energy. As a result, most players sweat profusely. This can make it very difficult for players to even see the ball at times, as the sweat gets in their eyes and blocks their vision. In hopes of containing the sweat, players have resorted to covering their entire head to prevent this from occurring.

Which players are famous for wearing headgear while playing?

Andre Agassi, one of the greatest tennis players of all time, is known for wearing a bandana while playing. Along with Agassi, many players are known for wearing some sort of head gear while playing tennis. Although not a bandana, Rafael Nadal is always seen playing matches with his signature Nike headband. Roger Federer, Serena Williams, and Venus Williams are also some of the greats who typically wear headbands while competing.