What Is A Stroke In Tennis? 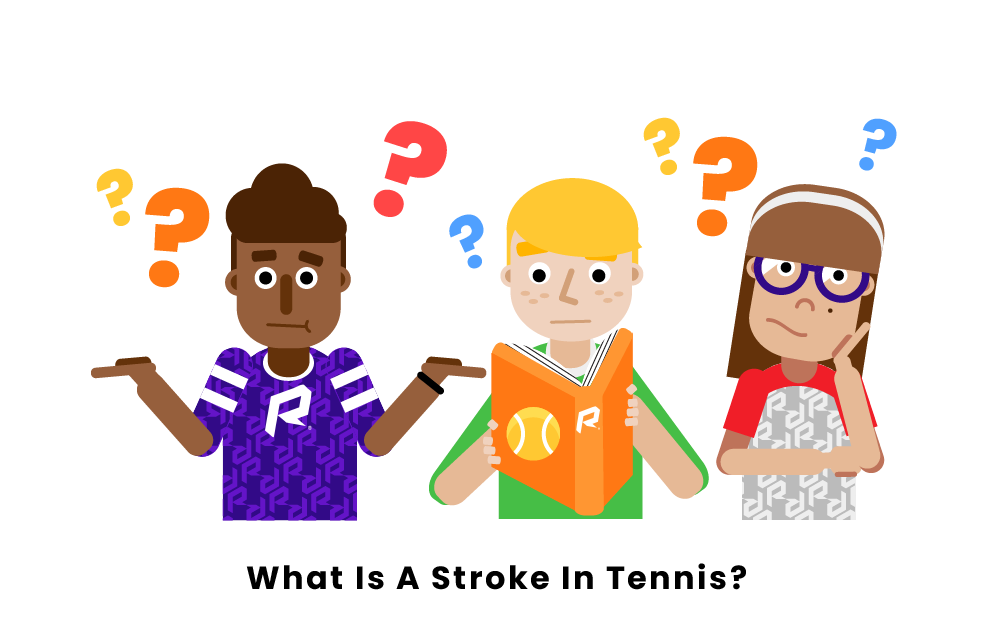 If you ask any tennis player at any level, they will tell you the most important part of starting out is getting the ball over the net. But, how do you do that? There are six basic tennis “strokes” you need to know in order to get started.

The six basic strokes include:

The serve is arguably the most important shot in tennis. It starts everything, and without this, matches would not be possible. A good serve can lead to a good match! The key to a great serve is to focus on shot fluidity, body rotation, and snap upwards into the stroke. Begin with the racket and ball in front of your body, extending the ball hand up to toss the ball. While doing this, reach back with the racket hand in preparation for the shot.

A player’s forehand is often their strongest stroke in their arsenal. This is because it requires the player’s dominant hand to do most of the action. It is a groundstroke, meaning that it is used after the ball has bounced once off the ground. The racket should start on the player’s dominant side of the body, swinging in front of the player until contact with the ball is made, and it should end on the opposite side of your body (palm away from opponent).

Along with the forehand shot, a backhand shot is a groundstroke. It is very important when you are having to return balls on the opposite side of your dominant hand. The stroke is similar to the forehand with the racket swing from one side of the body through to the other. However, the player will end with their palm facing the opponent.

This is one of two types of volleys. It is used to hit the ball before it touches the ground, and is often seen when player’s are approaching the net. It is generally played closer than a forehand; however, the movement and swing through is very similar to a forehand. Speed and touch are very important for executing a good backhand.

Just like the forehand volley, this is typically played closer to the net. It also mimics the swing of it’s groundstroke cousin. It is useful for quickplay close to the net.

This shot is usually used when your opponent hits a very high defensive lob. It is played typically close to the net or in the middle of the court. It mimics the motion of a serve minus the throw, and allows for a player to generate a lot of force behind the ball going back at their opponent.

Pages Related to What Is A Stroke In Tennis?