What Is A Set In Tennis? 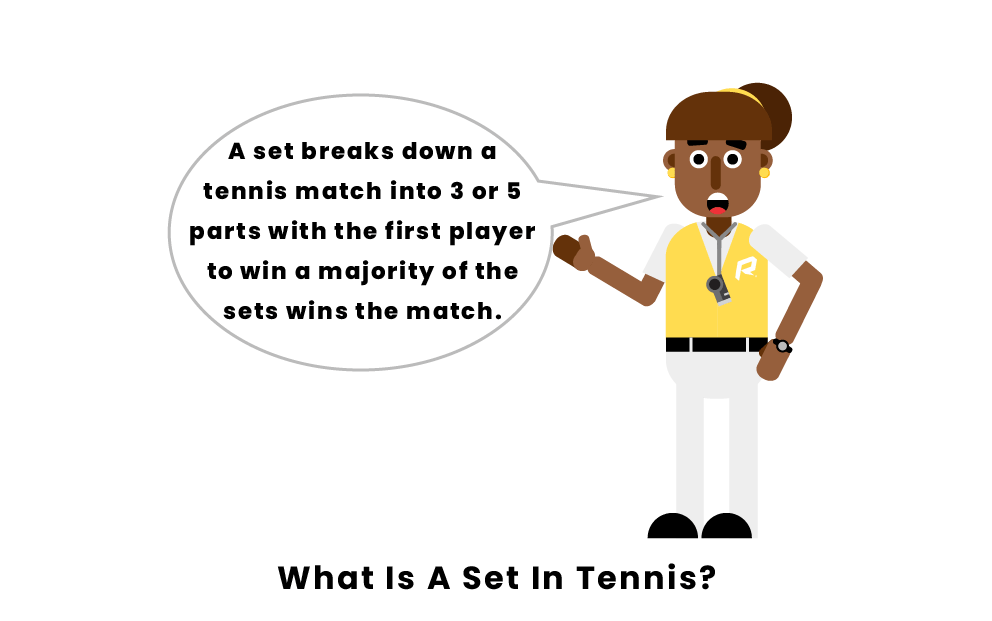 A set in tennis breaks down a match into smaller objectives for players to win. Professional tennis matches are typically divided into best-of-five sets for majors, or best-of-three for most other tournaments. The first player to win the required number of sets, two for best-of-three and three for best-of-five, wins the match. Players win sets by winning games within each set. The first player to win six games in a set, while winning at least two more games than their opponent, wins the set. Since players must win by two, a player will need to win a seventh game if the score in a set reaches 6-5. If players tie at 6-6, tie break rules apply.

Specific rules apply to sets in the event of ties. If both players tie at 6-6, a tie breaker set is used instead of additional games. Traditionally, a twelve-point tie break is used in which the first player to score 7 points, while winning by two, wins. Play continues after a player reaches 7 if they have not reached a two-point lead, allowing both players to score more than 7 points. The player to win the tiebreaker wins the set, and gains an additional game to their score in the set, for a final score in the set of 7-6.

Pages Related to What Is A Set In Tennis?