What Is A Serve In Tennis? 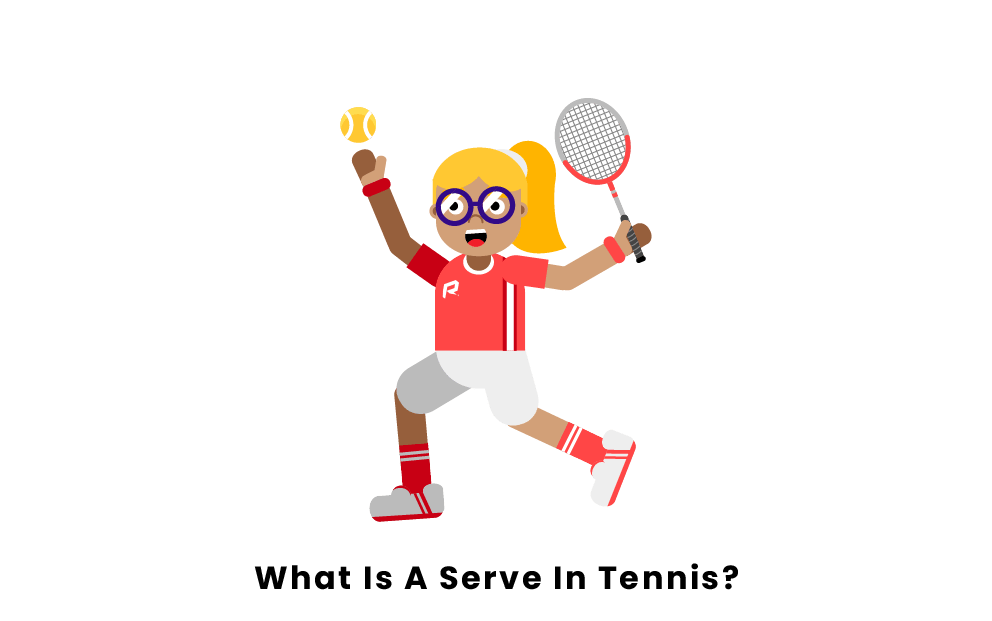 A serve is used to start each volley in tennis. The athlete must serve from behind the baseline of the court, between the singles sidelines, hitting the ball over the net and diagonally into the box on the opposite side of the court.

There are three types of tennis serves: a flat serve, a slice serve, and a kick serve.

A flat serve has minimal spin on the ball, resulting in a low and straight bounce forward from where it hits the court. This is a faster serve, making it more difficult to hit, along with the low angle. The flat serve is more difficult to place where the player wants it to go.

The slice serve is unique due to the sidespin on the ball, causing it to move from side to side while in the air. This serve can be the most natural to hit due to the way the athlete holds their racquet to hit this serve. Like the flat serve, the ball bounces up lower. This serve can tend to be more inconsistent as players can overhit the ball easily in an attempt to create the required sidespin.

The kick serve is one of the more difficult serves to learn and master. The kick serve has a lot of topspin on the ball, causing the ball to jump up off the ground. This serve can become consistent with practice and has more control than the other serves. Due to the topspin, this serve tends to be slower and can bounce to an easy spot for an opponent to hit if not enough topspin is applied.

Pages Related to What Is A Serve In Tennis?