What Is Round Robin Tennis? 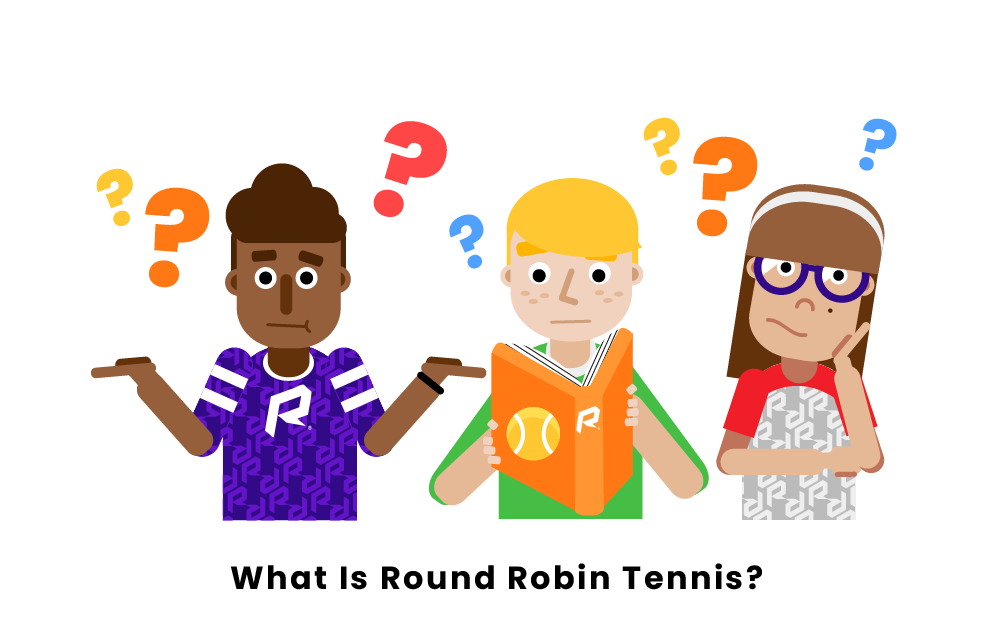 In Tennis, Round Robin simply refers to a tournament in which every player gets to compete against each other, and whoever wins the most matches in the tournament wins. Round Robin competitions can be formatted to accommodate a wide array of different tennis competition styles, such as singles and doubles. Such competitions can also cover an extremely broad age bracket, from children to adults, thus contributing further to their popularity.

Round Robins are often considered the fairest form of play, as each player or double’s group has a chance to test their skills against every player in the tournament.

How Round Robin Tournaments Work

A great deal of the attributes of Round Robin Tournaments must remain consistent, in order to ensure the fairness promised by such a tournament style. Scoring in Round Robins is very particular, as each match must be scored the same. This typically means that a “best of” or a time limited match formatted will be utilized. In “best of” formats, players compete in a specified amount of matches, and those players or teams that win the most are declared the winners of that match.

Similarly, time-limited matches give players a specific time limit, and whoever has scored the most within that limit wins the match. Round Robin tournaments typically consist of a larger number of matches. Because of this, these tournaments usually take much longer to complete.

Pages Related to What Is Round Robin Tennis?