What Is A Pro Set In Tennis? 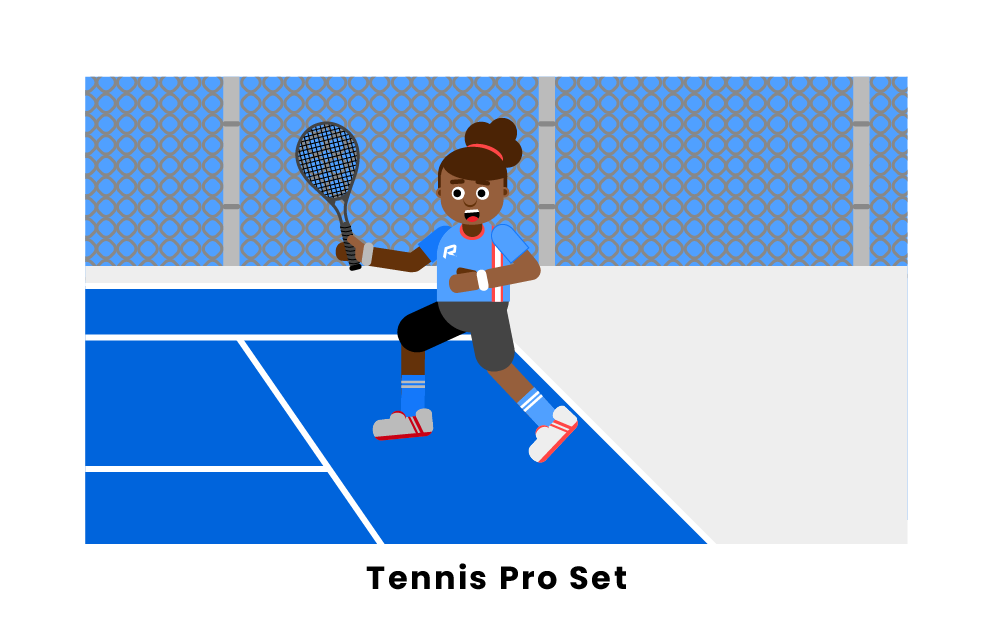 In tennis, a pro set is a set that is played to eight games instead of six. The player that wins eight games first wins the match. In pro sets, a player must win by at least two games. This form of scoring is purely for recreation and is not recognized by the International Tennis Federation (ITF).

With the advantage set system, sets are usually won once a player wins six games, and matches are won when a player wins two sets. A pro set differs from this system by being played to eight games. Due to this, a pro set usually replaces multiple sets.

While a pro set usually takes less time than two sets, a pro set can get more intense due to the higher stakes of each set.

Pro sets exist so that players may complete matches quicker. Pro sets are typically used at lower levels of competition, including many high school and college matches. A single pro set replaces the best two out of three sets system. This is done to complete matches in a timely manner so that more matches can take place. However, most major competitions still use the advantage set scoring system.

Like the advantage scoring system, the pro set scoring system follows the “win by two rule,” in which the winning player(s) must win by more than one set over their opponent.

Sometimes, a 12-point tiebreak is used to break a score of 7-7 in a pro set. This means that an additional game is played to seven points.

These tiebreakers ensure that the winning player or team has a significant advantage over their opponent(s).

What is the difference between advantage scoring and pro set scoring in tennis?

What are the advantages of a pro set in tennis?

Pages Related to What Is A Pro Set In Tennis?