What Is A Point In Tennis? 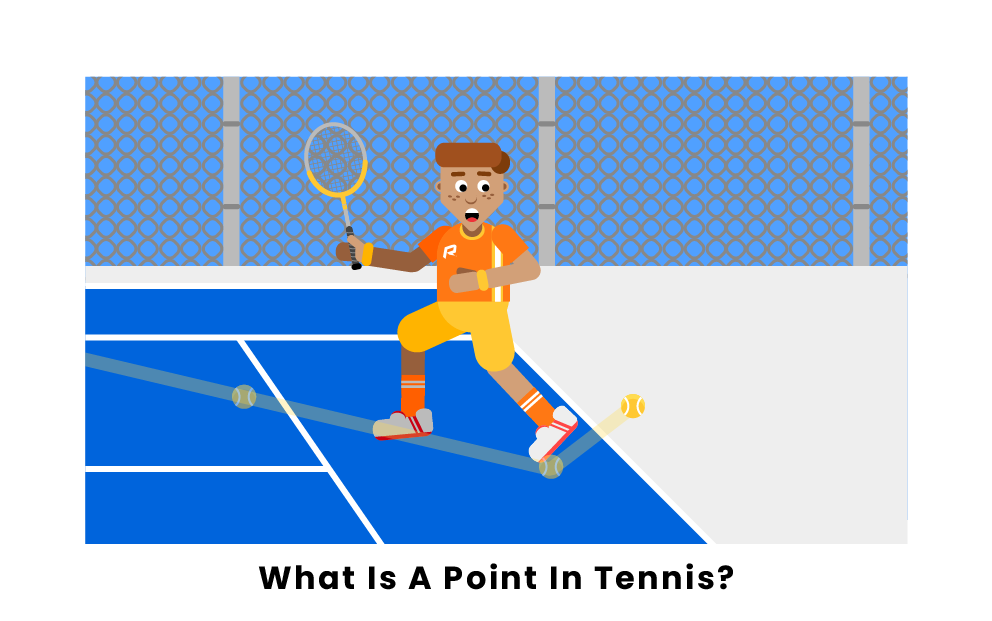 A “point” in tennis is the smallest division of scoring in a tennis match. It can be thought of as one round of volleying between opponents. There are many different ways to win a point in tennis.

In tennis, points aren’t counted by ones. Instead, each point has special numbers or names associated with them. Below is a table that describes how to talk about tennis scoring-lingo.

To win a single game, a player must score at least four “points”. Games are “win-by-two”, meaning that if the score reaches 40-40, you need to win two consecutive points to win that game.

There are two types of sets. In “advantage” sets, the first player to win six games wins the set, but they must win by two games. So a score of 6-4 will win a set, but a score of 6-5 won’t. You’ll need to reach 7-5 to win that set. In “tie break” sets, the first person to win six games also wins the set. However, if the set reaches a score of 6-6, a single tie-breaking game is played, meaning that these sets are not always “win-by-two”.

There are many different match configurations, but the most popular way to play a tennis match is a best-of-3 match, meaning that the first person to win 2 sets will win the match. That’s winning at least twelve games! Tennis matches really can take a long time.

Ways to Win a Point in Tennis

There are an astounding number of ways to win a single point in tennis, and some of them can even happen on the serve, before the ball is returned! For example, if the server messes up by missing the service box or by not getting the ball over the net (known as a “fault”), they get a second chance. But if they mess up again, the receiver automatically gets a point!

Once a legal serve is made, the game continues with the players volleying the ball over the net. Once a player misses a volley, their opponent gets a point. This is the way in which most points are scored. However, if a player hits the ball out of the court or doesn’t get it over the net, their opponent also gets a point. In addition, if you intentionally hit the ball twice in a row or hit the ball with anything that isn’t your racket (like your hands), your opponent will get a point.

Pages Related to What Is A Point In Tennis?