What Is Poaching In Tennis? 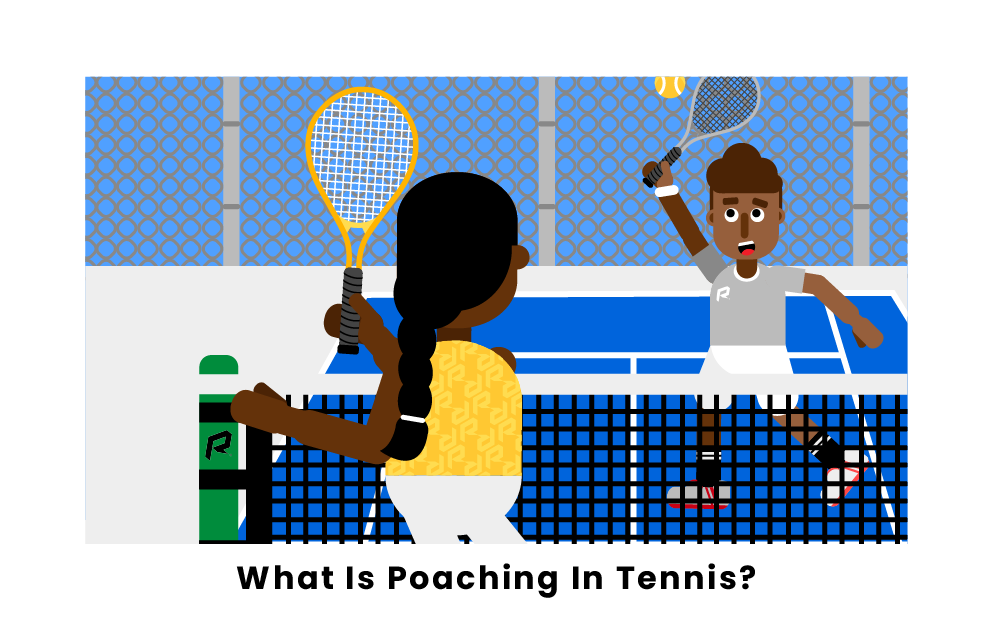 In tennis, poaching is a strategy that can only be used in a doubles match. The term “poaching” refers to the return volley of the player closer to the net when their opponent’s shot was intended for the player closer to the baseline. It is often a tactic used to strike back before an opponent has the chance to reset or collect themselves to return the shot.

As a net player, you have to catch your opponents by surprise when employing the poaching strategy. If they were to see you brace yourself or tense in preparation to counter, they would easily be able to anticipate your next move. This will dampen the effectiveness of the swing.

Poaching is most often used as a counter-serve, but can sometimes be effective throughout play.

Tips for Poaching in Tennis

Being able to poach balls that have been served low gives your opponent even less of an advantage when it comes to returning the ball in play. In order to keep it in play at all, they often have to pop the ball up and over the net, which makes for a lack of control over its direction.

Poach as the Stronger Player

If your partner in doubles is a weaker player on the ball, it is not uncommon that your opponents will recognize this and shoot for them more often. This will give you the element of surprise in turns of returning their shot by poaching the ball by the net.

Pages Related to What Is Poaching In Tennis?