What Is A Grass Tennis Court? 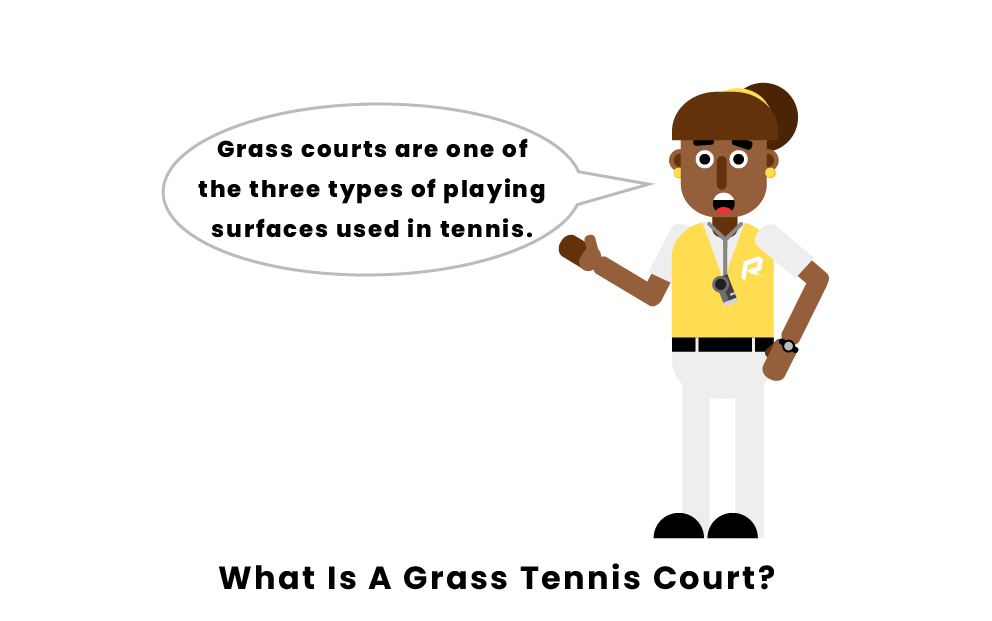 Grass courts are one of the three types of playing surfaces used in tennis (clay & hard courts). The court’s entire surface is grass and is very traditional within the sport of tennis.

Grass courts have the same regulations and requirements as all other courts, just the surface is made up of natural grass. These types of courts are very common in England and many Northeastern states in the United States. The most famous example of a grass court in tennis is at Wimbledon, which is a major tennis tournament held in London every year.

There are many advantages to playing on grass courts for tennis players. First, there is less strain and impact on individual players, which helps older players continue their career with a lower risk of injury or strain. The grass can also cushion a player’s fall, leading to less pain or injury when a competitor falls to the ground during a match. Lastly, matches played on grass typically have shorter points which means less running and strain on players

Grass courts are not perfect, as they have their disadvantages, too. Grass courts can be very expensive to maintain, with the need for constant watering and precise grass cutting. Additionally, should the grass get wet unexpectedly, it can take a very long time for it to dry, making it an extra slippery surface that could lead to injury.

Pages Related to What Is A Grass Tennis Court?