What Is A Game Point In Tennis? 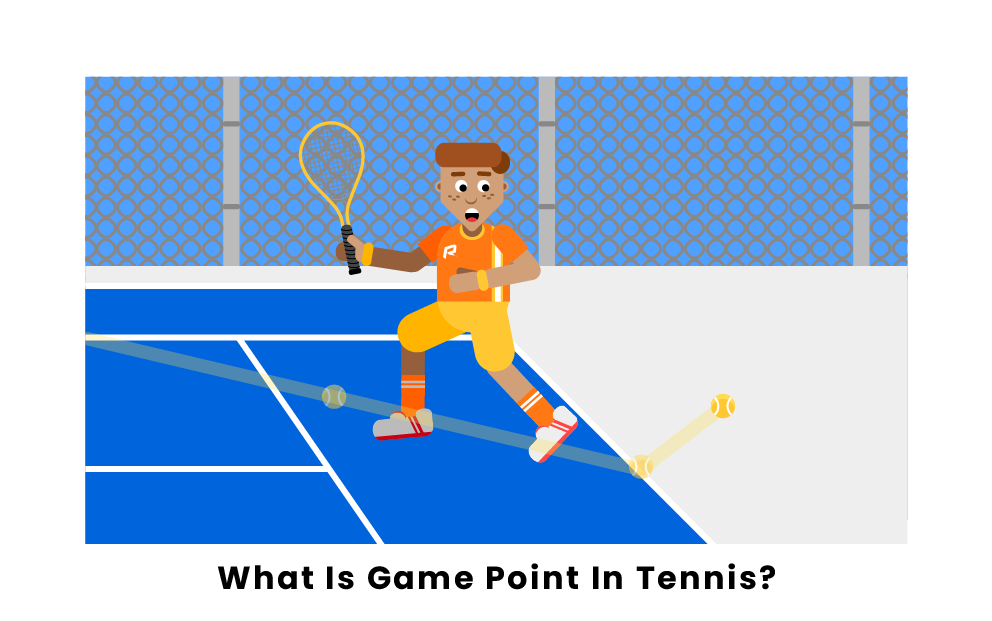 Game point in tennis takes place when a player would win the current game by scoring the next point. This occurs when a player reaches a score of 40 (scoring three times) as long as their opponent has not also reached a score of 40 as in most formats, a game must be won by two or more.

If both players have scores of 40, the score is said to be deuce and advantage scoring takes place. From deuce, the first player to score takes the advantage. If the player with the advantage loses the next point, the score goes back to deuce. This continues until a player scores while having the advantage, thus winning by two.

An exception to this occurs in mixed doubles tennis (and men's and women's doubles at non-major tournaments) where there is no advantage scoring, meaning the next point after 40-40 wins the game.

Other Names For Tennis Game Point

In tennis, game point can also be referred to by other names depending on the situation, including break point, set point, and match point among others.

Set point is used in place of game point when the player facing game point would also win the set by winning the point. Match point is used when the player would win the match by scoring the next point. Match points are usually counted to keep track of the number of opportunities a player has had to win the match, so "Match Point 2" means it is the second match point. Alternatives for match point can also be used depending on the match. If the match is the final of a tournament, championship point, or something similar depending on the tournament, may be used instead.

Pages Related to What Is A Game Point In Tennis?