What Is A Foot Fault In Tennis? 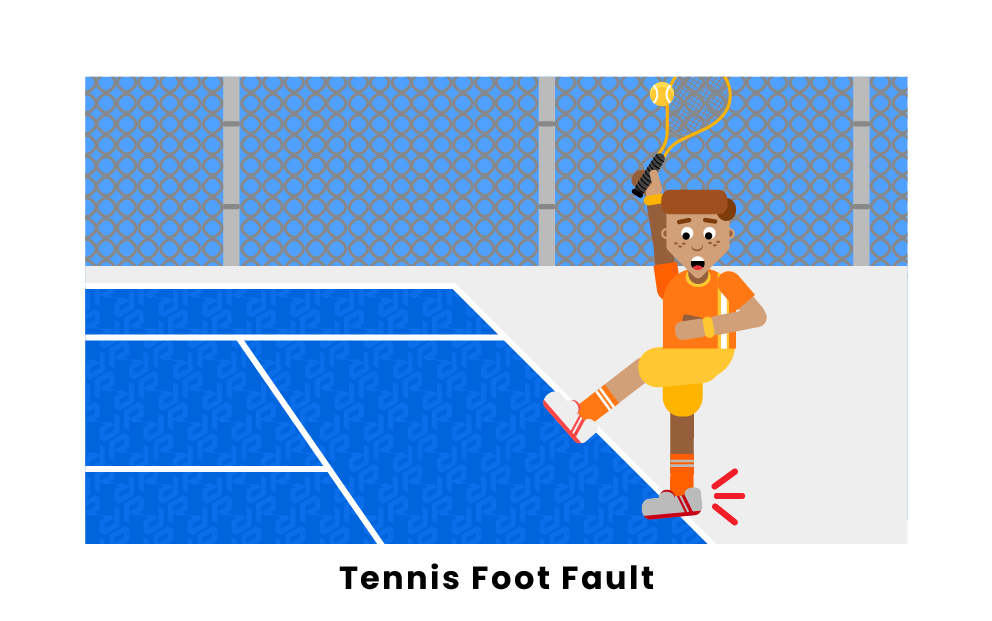 Tennis is a highly competitive sport, and there are many rules to ensure fairness in matches. Rules for serving require tennis players to serve from a certain spot; if they fail to do so, they will commit a foot fault. Keep reading for a description of the types of foot faults and what happens when they are committed.

There is a small area where the player is allowed to stand when serving the ball in a match. They must stand behind the baseline and between the center and sideline on the side opposite the service box where they need the ball to land.

A foot fault occurs when a player does any of three things:

Result of a Foot Fault

A foot fault is treated the exact same way as any other fault in tennis. It is only counted as a single fault, giving the player a second chance to get the ball over the net successfully. However, if a player commits a foot fault on their second serve, they will lose the point, and it will be awarded to their opponent.

Unlike a questionable out-of-bounds call, tennis players cannot challenge a foot fault. If an official determines a player has committed a foot fault, they have no recourse and automatically lose the serve.

Why are foot faults a source of controversy?

Foot faults have been a particular source of controversy for some professional players because of how randomly they seem to be called. The most famous instance of this was when Serena Williams committed a foot fault during her 2009 US Open semifinal match. She became openly angry with the line judge because she did not believe that it was necessary to make this call. This rule is most often overlooked when professionals are serving, as it does not give any true advantage to the individual that is serving.

Pages Related to What Is A Foot Fault In Tennis?