What Is The Federation Cup In Tennis? 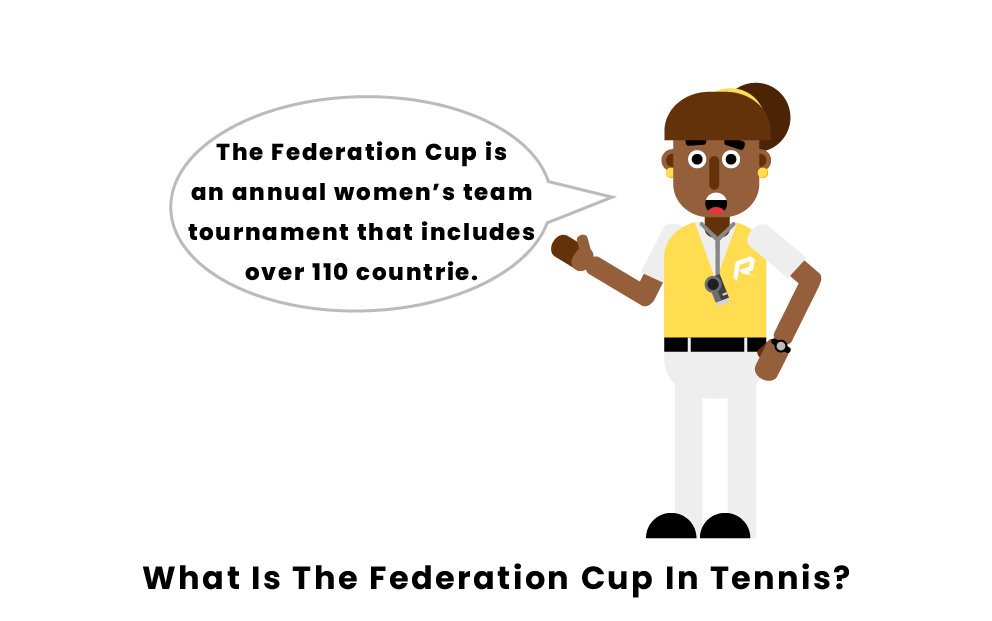 The Federation Cup (or Fed Cup) was first established in 1962. Mary Hardwick Hare, a retired tennis player from England who was living in the United States, proposed to the International Tennis Federation (ITF) the creation of a women’s-only, world-wide team tennis tournament, for which there was widespread support. Although such a cup had been proposed many times before to the ITF dating back to 1919, Hare was the first person to really get through to the ITF committee.

Convinced by Hare, the ITF held the very first Fed Cup in 1963 to celebrate the organization’s 50th anniversary, and it was a smashing success. 16 nations from across the world put together teams, despite there being no prize pool or incentive for the winners. The United States women took home the first title, and have since gone on to win a record 18 Fed Cup titles.

Today, 116 different countries are represented in the Fed Cup, and it is the world’s largest annual international women’s team competition in all of sports.

Format of the Federation Cup

The Federation Cup can be thought of as a year-long league, complete with relegations and promotions for the worst and best countries, respectively.

Countries participating in the Fed Cup put together teams of four women. Those teams are then divided up into three regions based on location: the American, European/African, and Australian/Asian zones. Within each region are two to three groups, to which teams are assigned based on their strength.

However, not all teams are organized based on geography. Each year, the 16 best countries in the world are put into what are called World Groups I and II (8 teams in each group). The qualifying structure for both groups is quite complicated, but nations can be promoted or relegated between the World Groups and the Regional Groups depending on their performance each year.

The finals are contested between the 12 best teams in the world in April each year. The winner and second-place finisher of the prior year’s cup receive automatic bids to the Finals. One team is “wild-carded” into the finals, and the host country also gets an automatic bid to the finals. The remaining eight spots go to the winners of the Fed Cup Qualifiers, a semi-finals tournament played amongst the sixteen best teams in the world that have not already qualified for the Finals.

Pages Related to What Is The Federation Cup In Tennis?