What Is Fault In Tennis? 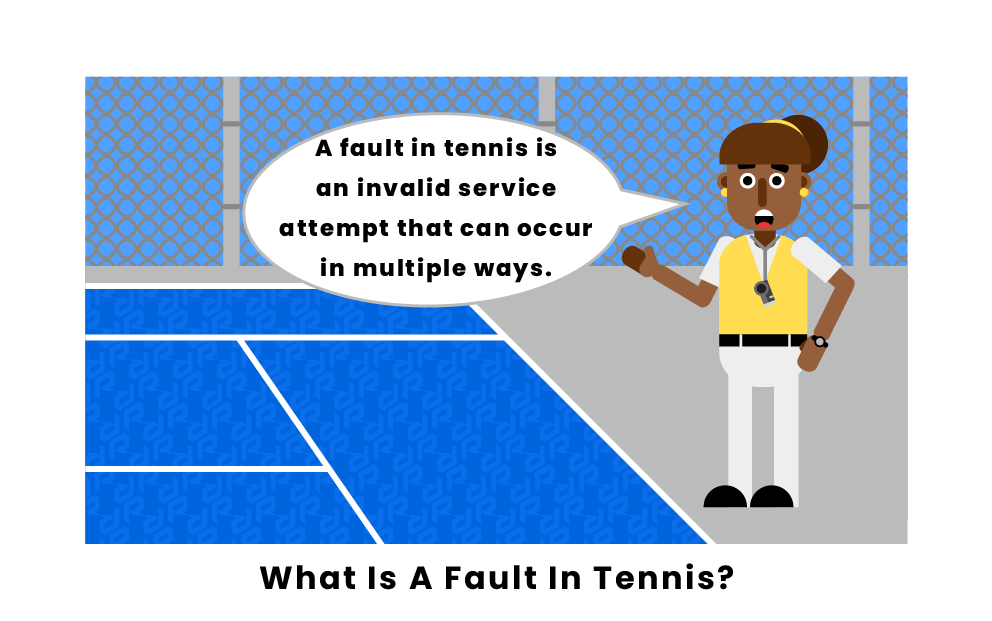 In tennis, the term fault is used to describe an invalid service attempt due to a violation committed by the server or receiver during a serve. There are a couple different ways that faults can occur in tennis matches, including normal faults, foot faults, and double faults. When the first fault occurs, the server will be given another attempt to serve. However, if a second fault happens on the same service attempt a double fault will be called and the point will be awarded to the receiver.

Most commonly, the ball landing outside of the service box is what results in a fault. Missing the ball entirely on a serve, illegal release of the ball while serving, and the ball touching an object outside of the match or the server's partner immediately after a serve are also ways that a fault can occur.

A foot fault happens when the server's foot touches the baseline or inside of the baseline during a service attempt. According to the rules, each time an athlete serves in tennis, both feet must remain in the area behind the baseline. Additionally, players must remain in generally the same position while serving and may not run or walk into a serve.

Pages Related to What Is Fault In Tennis?