What Is A Drop Shot In Tennis? 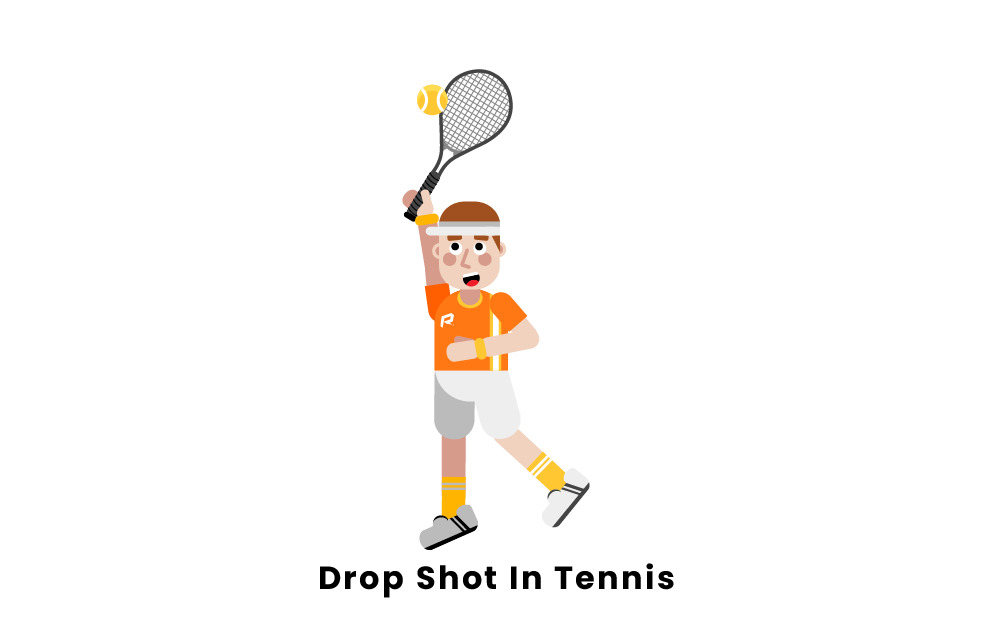 A drop shot is a specific tennis shot where the player slices at the ball, hitting it barely past the net so their opponent cannot reach the ball before a second bounce. It is a shot more commonly found in singles tennis, though it does exist in doubles as well.

How to Hit a Drop Shot

A drop shot is created by barely hitting the ball, brushing it, with the racket in a swift downward motion. This is often referred to as a “slice.” The slice shot can be hit with varying degrees of power. For a drop shot the ideal is to hit the ball as light as possible while still getting it over the net and onto the opponent’s side of the court. One wants to hit almost underneath the ball in order to create the backspin to have the shot bounce very close to the net and be hard to reach. Almost no backswing is needed, just a simple short motion. However, a fake backswing can be employed, selling to the player that a hard shot will be hit. This will stop the player from reading the drop shot and running towards the net to return it.

A drop shot is best employed when the opponent is on the baseline. Traditionally one wants to hit a drop shot close to the net or on a volley. It is possible to hit a long drop shot, though it is more difficult. The best players will usually “set up” their drop shot by hitting some deep, hard, shots to force their opponent back and expecting another hard shot. Roger Federer, one of the best male tennis players in the world, employs the drop shot incredibly effectively.

Pages Related to What Is A Drop Shot In Tennis?