What Is A Draw In Tennis? 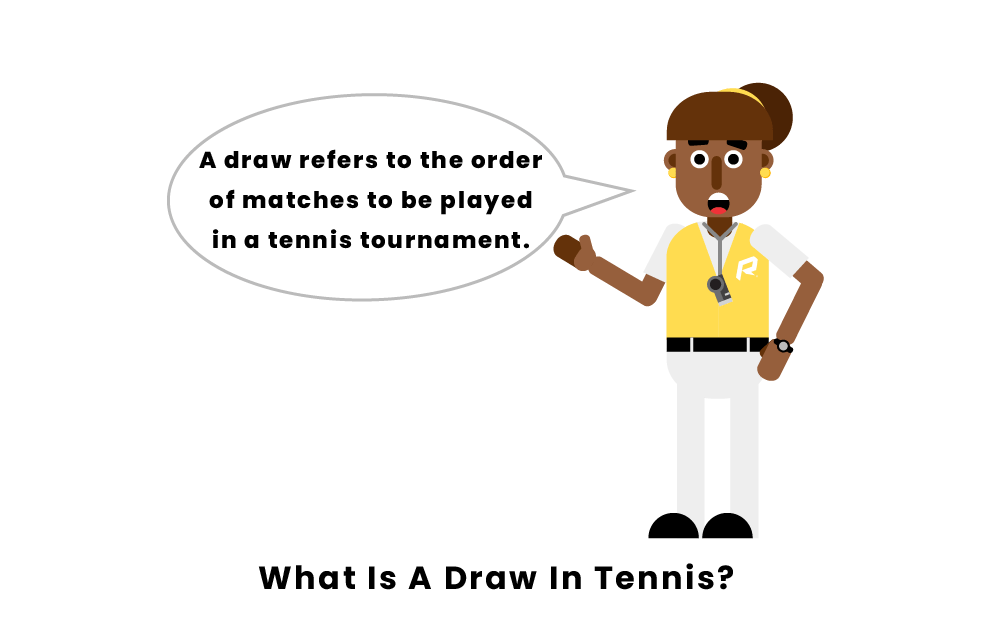 In professional tennis, the main format of competition is a tournament. This pits players against each other in a single or double elimination bracket, with the winners of matches moving on and the losers being eliminated.

But how do tennis players know who they are playing in a tournament?

In tennis, a "draw" is a schedule (or order) of matches to be played in a tournament. The draw is often determined by a literal draw of names at a draw ceremony.

How Does a Draw Work?

Before players or pairs can be inserted into the bracket, they must be seeded to ensure that the competition will be balanced.

In many major professional competitions such as Wimbledon or the Australian Open, the top 32 seeds entering a tournament are given special priority. These players are separated so that they will not play each other in the early rounds, in hopes of saving the most talented clashes for the later stages of the tournament.

Once the top 32 seeds are placed into the bracket, the rest of the slots are filled out by a random selection process. This is sometimes done in a draw ceremony, which is a large event where tournament officials randomly select names to determine bracket positions.

A good or bad draw can make or break a tournament for some tennis players or partners, especially those who are not given the protections of being a seeded competitor. Having to play higher-level opponents in earlier rounds is a significant disadvantage, but a necessary one provided the restrictions of massive tournaments.

Pages Related to What Is A Draw In Tennis?