What Is Doubles In Tennis? 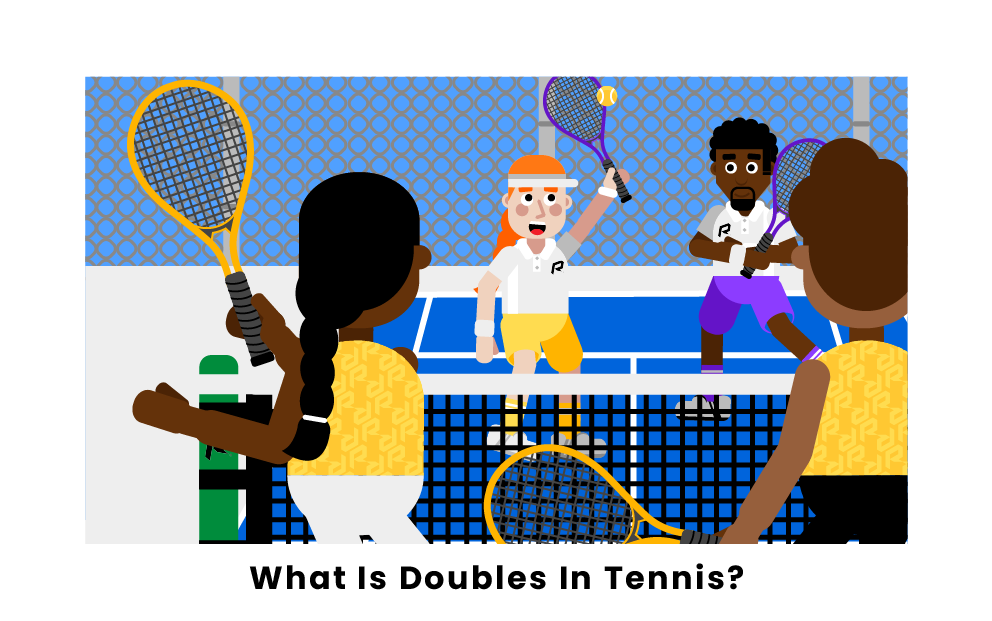 In tennis, doubles is one of the formats of competition. Currently there are men's doubles, women's doubles, and mixed doubles. While in a singles tennis event the athletes play by themselves, a doubles tennis event has two partners on each side of the court, with the pairs competing against each other. Both players use the full court between the baselines and doubles sidelines.

During a doubles match, there are a few different positions in which doubles partners can stand. They can stand two up, both at the net, two back, both near the baseline, and one up one back, where the partners are staggered with one up near the net and one back by the baseline.

As long as an athlete is not competing in a competition where they are representing a specific country, like the Davis Cup or the Olympics, tennis athletes can choose whichever partner they want to compete with them in a Grand Slam competition. In the Davis Cup and the Olympics, the athletes that qualify for a doubles event can select any tennis athlete to compete with them so long as they are from the same country.

Serena and Venus Williams are both successful players individually, with a combined 30 Grand Slam titles between them. The sisters also tend to compete in doubles events together, having 13 Grand Slam doubles titles and three Olympic gold medals. Beyond the Williams sisters, other well known doubles partners include Andy and Jamie Murray, Novak and Djordje Djokovic, and Martina Navratilova and Pam Shriver.

Pages Related to What Is Doubles In Tennis?