What Is A Doubles Match In Tennis? 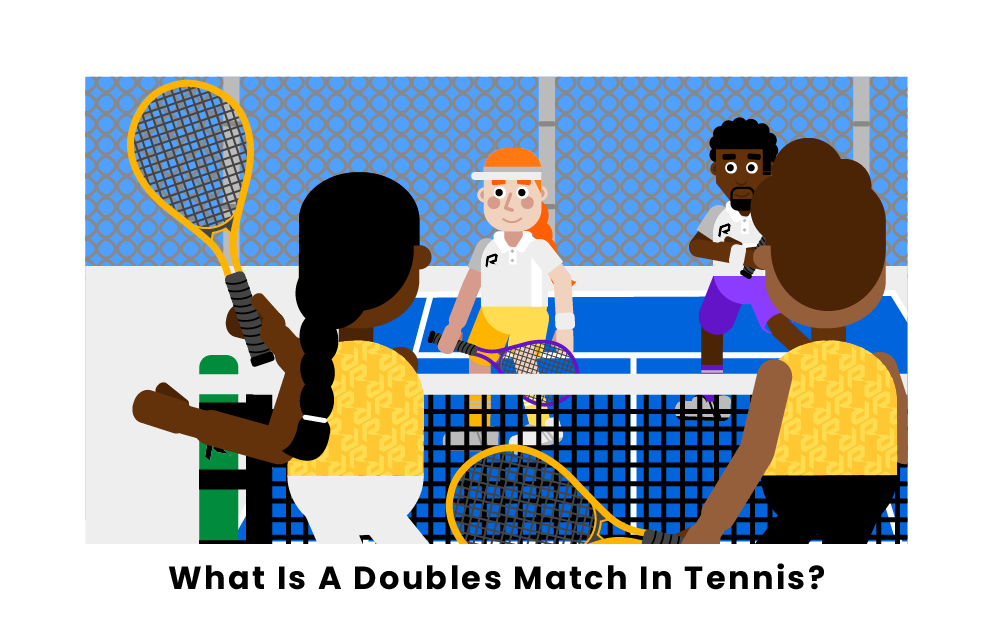 A doubles match in tennis is a match played with two people on each side of the court, competing against the players on the other side. This is a team event that puts one partner at the back of the court to serve while the other generally stays up front by the net to return shots.

This format creates a team element in tennis, which is typically an individual sport. Doubles tennis works the same way that singles tennis does, except there are more people on the court and players can hit the ball on the wider parts of the court. Players in a doubles match can stand anywhere they desire on the court, but usually each partner picks their own side of the court and remains there for the match. This eliminates any confusion on shots hit down the middle of the court, as the partners know when the ball is on their side.

Doubles tennis is played in both mens and womens tennis on a professional level, with matches following the same scoring rules that a singles match would entail. Men's doubles matches are played to five sets and women's doubles matches are played to three sets. Each player on the court serves once every four games, and this rotation continues on until the set is over.

What Rules Are Different In Doubles?

Doubles tennis is played with a majority of the same rules as singles tennis. The biggest rule change for doubles tennis is that the court is larger than a singles court. On a tennis court, there are two boundary lines on each side of the court. Singles matches are played using the inside boundary, while doubles matches are played using the outside line. This leaves more room for the ball to stay in play during rallies and is necessary to accommodate for the increased number of players on the court.

What Is Mixed Doubles?

What doubles pair is the most successful?

The most successful doubles pair of all time is the combination of Bob Bryan and Mike Bryan, identical twin brothers. They have won 112 tournament titles and held the World Number One ranking in men's doubles for 438 weeks.

Pages Related to What Is A Doubles Match In Tennis?