What Is A Deuce In Tennis? 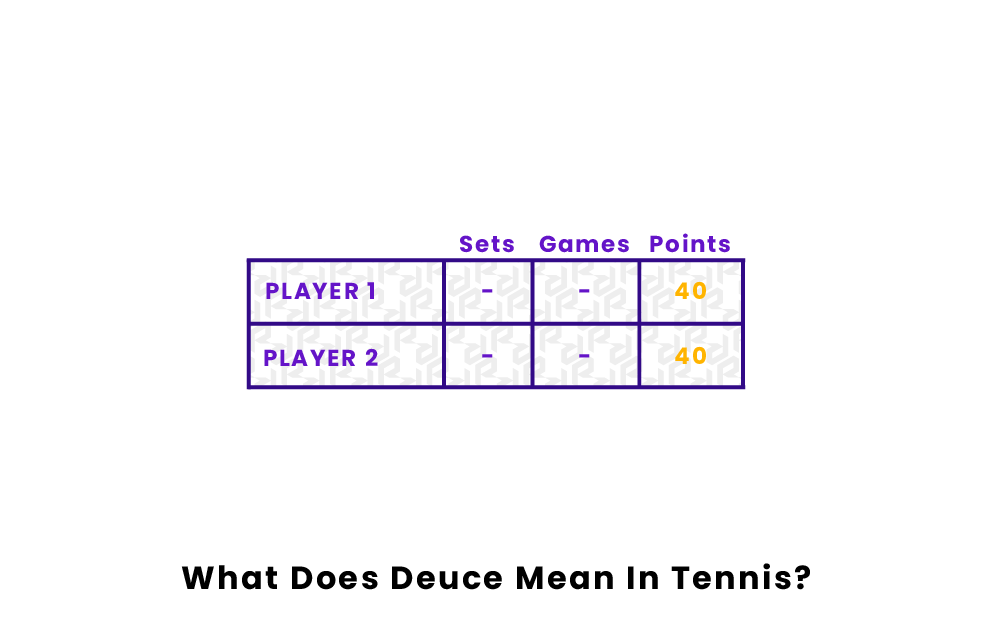 Deuce refers to the time during a tennis match in which the score of a game is tied 40-40, or 3 points to 3 points. So deuce is considered to be a little tiebreaker during a game. When announcing the score during a tennis match normally you would use numbers by saying "30-30" or "40-15" or "15-15" but when a game reaches deuce, you announce "deuce" rather than "40-40". When a game enters deuce a player must win by two in order to win that game.

Deuce is only a condition during singles tennis matches at the professional level. Doubles and mixed doubles competitions have both adapted the no-ad rule meaning that the team to reach four points first in a game will win it.

The first point that a player wins after deuce at 40-40 is considered an advantage. So during deuce if a player hits an ace then he would be at advantage. However, if his opponent wins the next point, the player's advantage is taken away and they are back at deuce. This will go on until one player wins two points in a row and thus wins the current game.

There is no maximum number of deuces that a match can have. Basically, it is possible for every game in a tennis match to go to deuce and make the players have this tiebreaker constantly throughout a match. The record for most deuces in a tennis match is 37 as that happened all the way back in 1975.

Pages Related To What Is A Deuce In Tennis?