What Is Code Violation In Tennis? 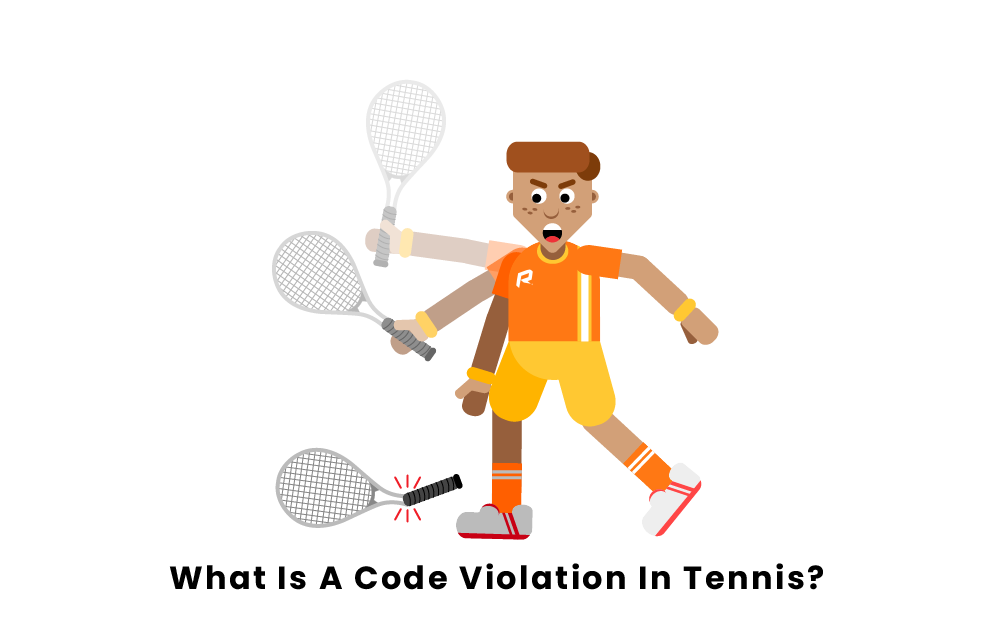 In addition to the rules of the game, there is a code of conduct that tennis players must follow, ensuring that they serve as good role models and protecting the integrity of the sport. When a tennis player fails to follow this code of conduct, they may commit a code violation. Keep reading to find out what code violations are in tennis, what happens when they are committed, and how to avoid them.

Criteria for a Code Violation

There are four potential criteria for a code violation in tennis:

Result of a Code Violation

Code violations are decided at the discretion of the chair umpire and are a source of controversy because of how vague the criteria are for this rule. The most famous example of this was the 2018 US Open Women’s final, where Serena Williams was given a point penalty and then a game penalty for code violation by chair umpire Carlos Ramos. The warning was given for coaching, the point penalty was given for smashing her racket, and the game penalty for “verbal abuse.” Many argued that what Williams said was not abusive and, in fact, was less abusive than past angry comments by other players. The incident even called into question the code violation system as a whole.

How do code violations work in tennis?

In tennis, code violations punish dangerous or unsporting conduct by awarding points or games to the opponent of the offender. Every tennis league has a code of conduct that players must follow. If the chair umpire determines a code violation has been committed, they will first issue a warning. The second and third infractions will be punished by the loss of a point and the loss of a game, respectively.

Pages Related to What Is Code Violation In Tennis?