What Is A Break Point In Tennis? 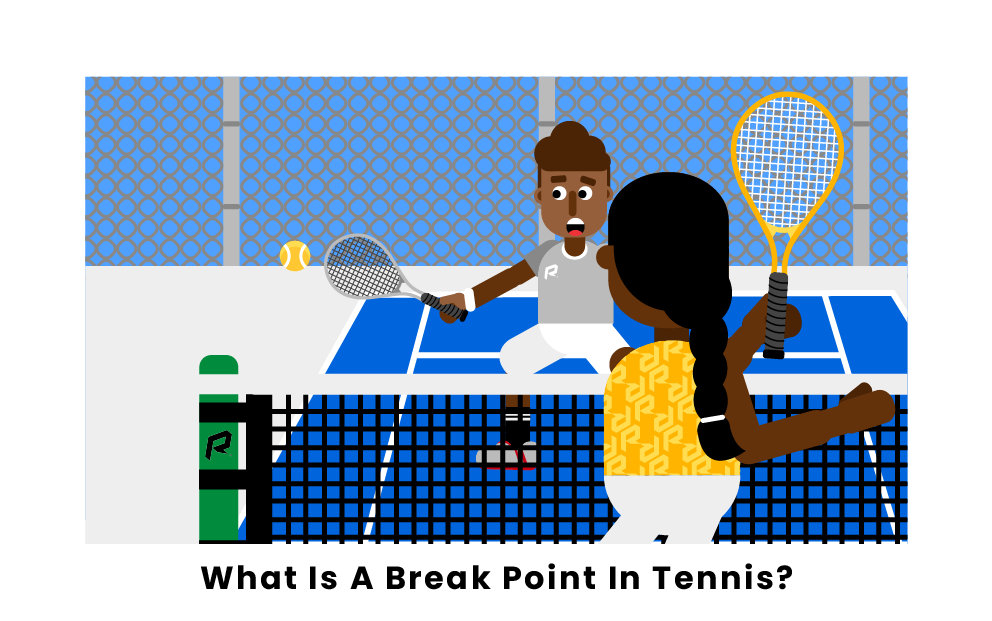 In tennis, a "break point" refers to an opportunity for one player to win the game if certain conditions are met. One of the conditions is that one player must be ahead by one point. The possibilities for the score at this point in the game are 0-40, 15-40, and 30-40. There must be a point advantage for the situation to be considered a break point, because it could theoretically be won after the next serve.

In a literal sense, the term "break point" means to actually break the serve of your opponent and earn a point to end the game. For a break point to occur, the opponent of the player with the point advantage must be the one serving. Therefore, winning would disrupt or "break" the opponent's serve.

This moment is often one of the tensest in the game. While it may sound like a simple execution, the player serving has a distinct advantage. A break point creates a situation where one player has to succeed in what can be interpreted as a sudden death scenario. On the opposite side of the court, the player with the advantage has the chance to lock up this game and get one step closer to winning the entire match. A lot can hang in the balance of this one serve which makes for intense situations and can occasionally inspire some psychological mind games between players depending on the strength of each players' serve.

Pages Related to What Is A Break Point In Tennis?