What is A Bagel In Tennis? 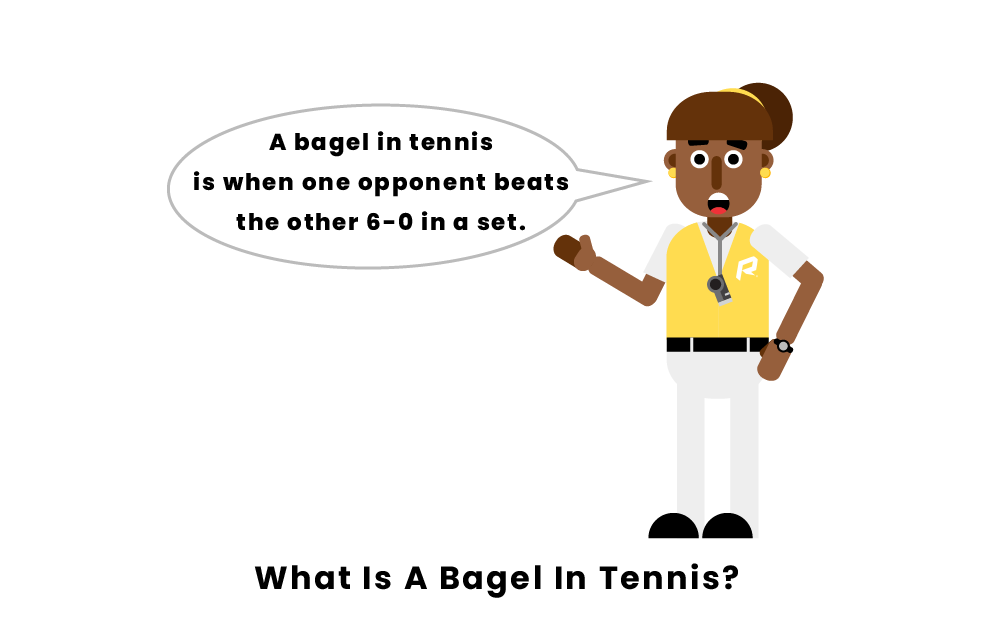 A bagel in tennis is when one opponent beats the other 6-0 in a set. This could happen in any level of tennis. It could also happen during any of the sets in a tennis match. In order to get a bagel, a player needs to win every game in a set.

A golden set bagel is when someone wins each game in a set and wins each point in each game. This is very rare.

Sometimes a bagel in tennis is confused with someone winning each set in a match and winning a tennis match, 3-0 or 5-0, depending on the match. That is actually less rare, because a player could win each set but lose games within a set. So a bagel, and specifically a golden set bagel, are incredibly impressive.

Does the player who got a bagel win the match?

Usually the player who gets a bagel in tennis will end up winning more sets and eventually the match. But there is the possibility that the person who gets shut out in a set ends up winning a match.

Pages Related to What is A Bagel In Tennis?