What Does Open Era Mean In Tennis? 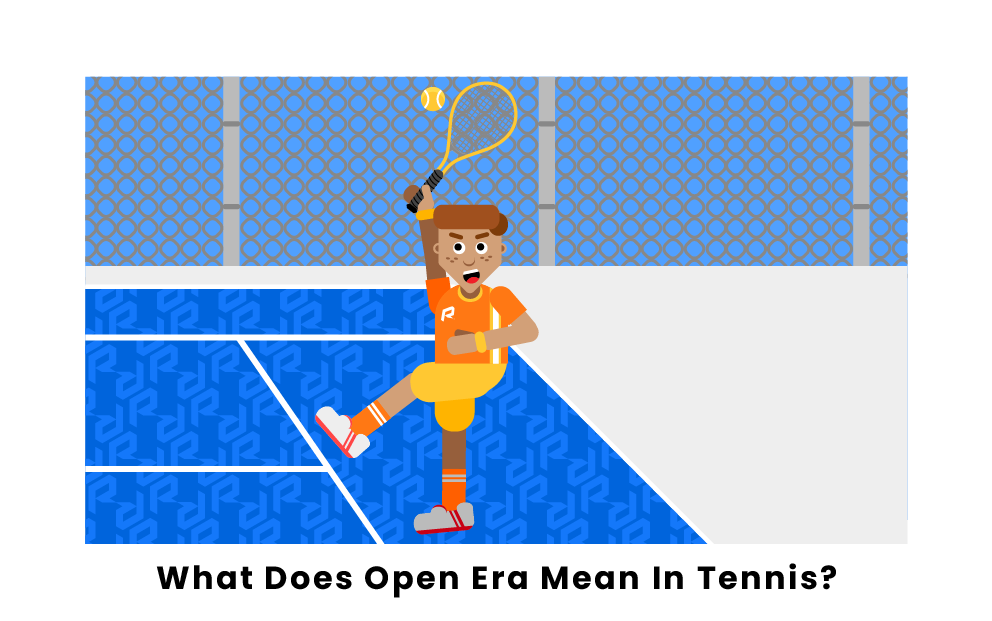 If you have been a tennis fan for a while, you have probably heard announcers or commentators refer to “Open Era tennis” or mention that a certain player holds a record in the Open Era. But what does Open Era mean in tennis? When did the Open Era start, and what came before it? Find the answers below, as well as everything you need to know about tennis in the Open Era.

In tennis, the “Open Era” refers to the modern period, beginning in April 1968, during which the four Grand Slam tournaments have allowed professional tennis players to compete. This is in contrast to the period before the Open Era, in which the Grand Slams (the Australian Open, the French Open, Wimbledon, and the US Open) only permitted amateur tennis players to compete. Thus, as the Grand Slams are now open to all competitors, amateur and professional alike, the current era of tennis has become known as the Open Era.

Before the Open Era

To grasp the significance of the start of the Open era, it is important to understand the reasons that players wanted to allow professionals into the Grand Slam tournaments. Equally important are the reasons that the tournament organizers and governing boards of tennis clubs resisted the change.

Tennis players, amateur and professional alike, were in favor of allowing pros into Grand Slams. Opening the tournaments to professionals would allow all players to accept payments and prizes and, most importantly, make a living playing tennis.

Meanwhile, the Grand Slams forbid competitors from accepting any compensation for playing tennis (enforcing amateurism) and did not offer any prize money. Both policies were intended to preserve the purity and nobleness of the sport. Tennis originated as a leisure activity for the aristocracy, and a notion that great players did not need to be paid persisted. Tennis clubs were equally opposed to change, as they feared the presence of ignoble, mercenary professionals on their courts would damage the prestige of their organizations.

Beginning of an Era

The first officially sanctioned tournament of the Open Era was the British Hard Court Championships at the West Hants Club in Bournemouth, England, in April 1968. The following month the 1968 French Open became the first Grand Slam to accept amateurs and professionals alike. Both tournaments were won by Ken Rosewall, a pro who would have been excluded from prior competitions.

The transition away from separate amateur and professional tennis tournaments was rocky at first. The first French Open, as well as both the Australian and French Opens in 1970, suffered from significant boycotts by professional players because of disputes arising from pro tour organizers.

However, an early positive effect of the transition to the Open Era was an increased quality in the level of play across all of tennis. Superior players were no longer excluded from tournaments because of their professional or amateur status, leading to a higher level of competition all around. This made the sport more entertaining for fans and more rewarding for the players, as they knew they were truly facing the best in the world.

The beginning of the Open Era also accelerated the rate of advancement in tennis equipment as the sport grew more competitive, with more money from sponsorships and contracts flowing in. A notable example is the introduction of the graphite racquet, first used by Björn Borg at Wimbledon in 1976.

The decision to allow both amateurs and professionals into all tournaments is the main reason tennis has become such a hugely popular worldwide sport today. The increased professionalism as a result of player compensation means that the caliber of the game has risen steadily.

As a result, so many talented players who would previously have been excluded from the biggest competitions have instead been given opportunities to compete. From the very beginning of the Open Era, stars like Rod Laver, Ken Rosewall, and Björn Borg captivated the world’s attention while earning a good living from prize purses and sponsorships, all opportunities that were not available a few years prior. More recently, tennis legends like Pete Sampras, Andre Agassi, Roger Federer, Rafael Nadal, and Novak Djokovic have enjoyed superstar status, making careers out of playing the sport they love and entertaining generations of fans.

The opportunities provided by Open Era tennis have also benefited women in the sport. The Women's Tennis Organization (WTA) was formed in 1973 which endures today as the governing body of professional women’s tennis competitions.

That same year, the US Open became the first Grand Slam to offer equal prize purses to men and women. Wimbledon was the last, waiting until 2007 to offer pay parity. Thanks to the freedoms of the Open Era, stars like Billie Jean King, Margaret Court, Martina Navratilova, Steffi Graf, and Serena Williams have been able to earn a living by competing, unlike women at the highest level in many other sports.

Pages Related to What Does Open Era Mean In Tennis?