What Are The Types of Tennis Court Surfaces? 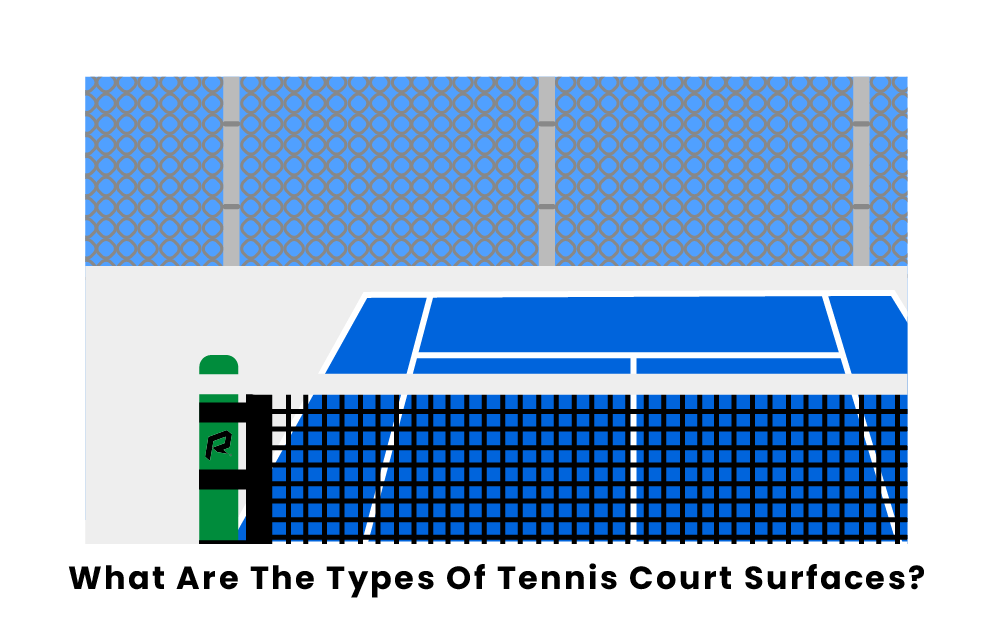 There are four different types of tennis courts that are utilized in matches:

Each type of court has its advantages and disadvantages, leading some players to prefer and play better or worse on the different surfaces. The most common courts that you may see on television are clay, grass, and hard surfaces.

Clay tennis courts are cheap and easy to install, but the long-term maintenance of a clay court can become expensive compared to artificial tennis court surfaces. Clay courts must be rolled out very often to ensure that they stay flat and maintain their ability to be played on. These courts are known to give tennis balls a higher bounce, but also lead to slower play. Players with a baseline style of play usually favor these types of courts and they are popular throughout Europe and Latin America. The French Open tournament is known to use a clay court.

Rafael Nadal is notorious for his success on clay courts.

Grass courts are not as common as they once were, due to high maintenance costs and constant maintenance of the grass surface. It is also harder to play on grass courts during or after some weather conditions, like rain, than it is on clay or hard court surfaces. This court plays the fastest out of all the court surfaces and does not allow for high bounces from tennis balls, eliminating some players' bounce strategies.

When playing on a grass court, players are forced to get to shots much quicker because of how fast the court plays. Due to the increased speed that grass courts provide, players with stronger serve and volley skills tend to perform better. The Wimbledon tournament is known for having a grass surface for their courts.

Hard courts are the most common types of tennis courts and the ones that you will see at high schools, public parks, and even at the White House. They range from slower to faster speeds depending on the variation of sand mixed into the paint that coats the courts. These courts tend to equalize the playing field when it comes to style of play, as they do not provide an advantage for any particular technique. This means that these types of courts play true to the athletic style of the athletes.

Acrylic courts play much faster, but also can be rough on the human body as it can be hard to constantly run on this type of surface. Acrylic courts are generally the source of lower limb injuries in tennis players.

In order to combat this, synthetic surfaces allow for similar play to that of an acrylic court but absorb more shock for the players. This makes it easier on the player's body when running and competing on this surface.

These types of courts are removable and can vary in the type of materials that they are made of, as well as the texture that they have. These courts tend to play similar to grass courts in that the ball bounces fast and low. Carpet courts are actually banned in professional tennis and have been banned since 2009.

Pages Related to What Are The Types of Tennis Court Surfaces?