What Are The Types of Shots In Tennis? 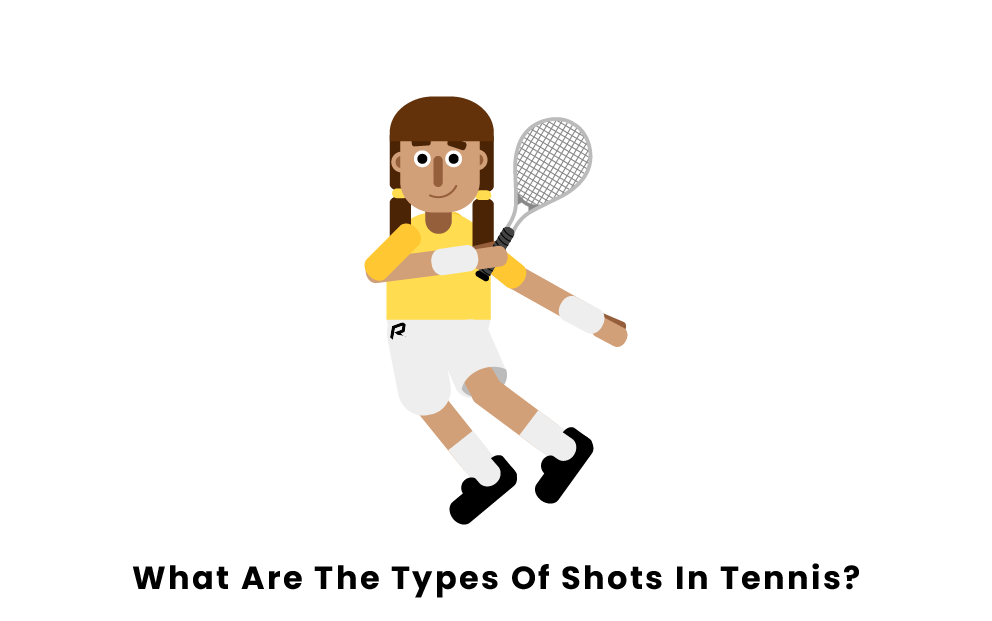 There are many different types of shots in tennis. These shots include:

These are the first types of strokes that a tennis player will learn. To generate topspin, a player gently brushes the top of the tennis ball with their racket while returning the ball to their opponent. A forehand is just hit with one’s dominant hand, as a backhand stroke often involves the use of 2 hands.

No topspin is involved when the stroke is flat. The ball is hit straight toward the ground and giving little time for the opponent to react, shoots up like a line drive at their racket.

A slice stroke is the opposite of a topspin stroke. To slice the ball, a player gently brushes the bottom of the tennis ball with their racket. A slice shot is always performed with one hand on the racket.

A half volley is a forehand or backhand shot that is often implemented by players when they are by the net or when the ball is bouncing or high in the air.

In order to be a skilled tennis player, one must have a powerful and accurate serve. The serve has to be hit from behind the baseline on one side of the court into the service box of their opponent diagonally from them.

The lob is a very high shot. It’s used to put the ball out of the reach of an opponent and to allow a player to have time to recover because the ball stays up in the air for longer.

Drop shots are when the ball is hit softly with precision over the net in an attempt to get the ball to bounce 2 times before the opponent can run and reach it.

Pages Related to What Are The Types of Shots In Tennis?