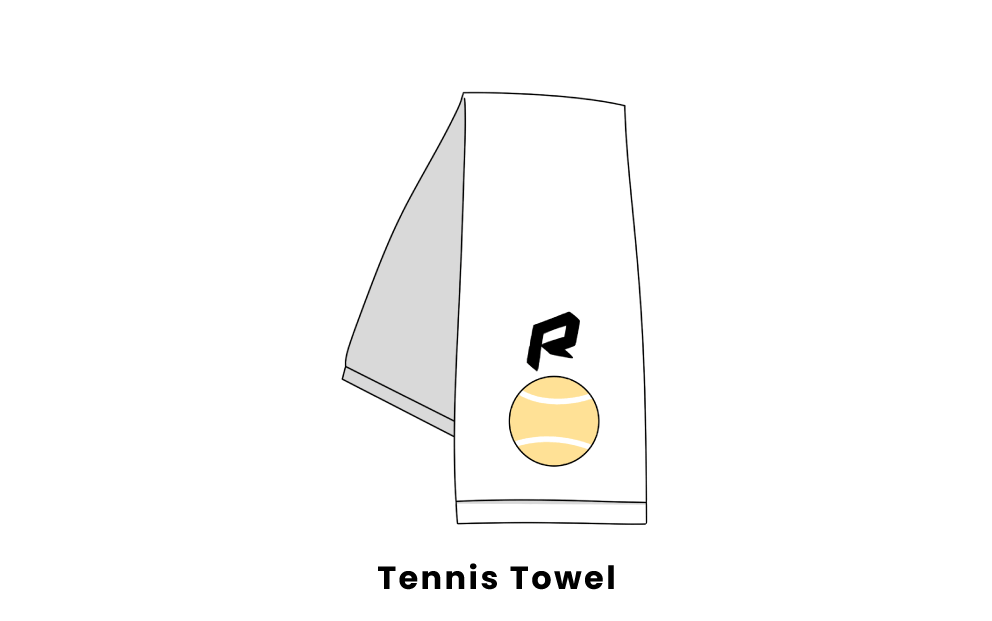 Towels in tennis are no different than any regular sport towel. Every professional player in a tennis match has at least one towel with them on the sideline, as they are provided by the tournament they are playing in. They usually have special designs on them made to match the tournament they are competing in, but if a player is playing with their own towels, it will likely have the design of a sponsor on it.

The main purpose of a towel in tennis is to wipe away sweat quickly. This is important because sweat in areas like the hands can make a player's grip on their racket slippery. Players want to prevent this because they need to eliminate every possible factor that could slow them down or cause them to lose their grip. While it may seem like a small thing, using towels to wipe away sweat can be a very important part of a tennis match.

Where Do Players Keep Their Towels?

During a match, professional tennis players have a number of towels spread out across the sideline. Between sets, when a player can return to the sideline for a brief break, they can utilize these towels to dry off any sweat or blood.

When players need towels in the middle of a set, they are still readily available. While they do not have enough time to go to the bench, ball boys on the side of the court are ready with more towels. If a player requests, a ball boy can run out between points and give the player a towel to quickly wipe away their sweat. There is no limit for the amount of times this can happen in a match.

How Many Towels Get Used?

While towel numbers will vary from tournament to tournament, events that are held in the summer when the temperatures are high will typically see heavy towel usage. The US Open, which is typically held toward the end of the summer in New York, sees anywhere between 1,200 and 1,500 towels used by players every day. Every player uses at least one towel, and they might be one of the most underrated pieces of equipment in tennis.