What Are The Best Australian Open Tennis Matches Ever Played? 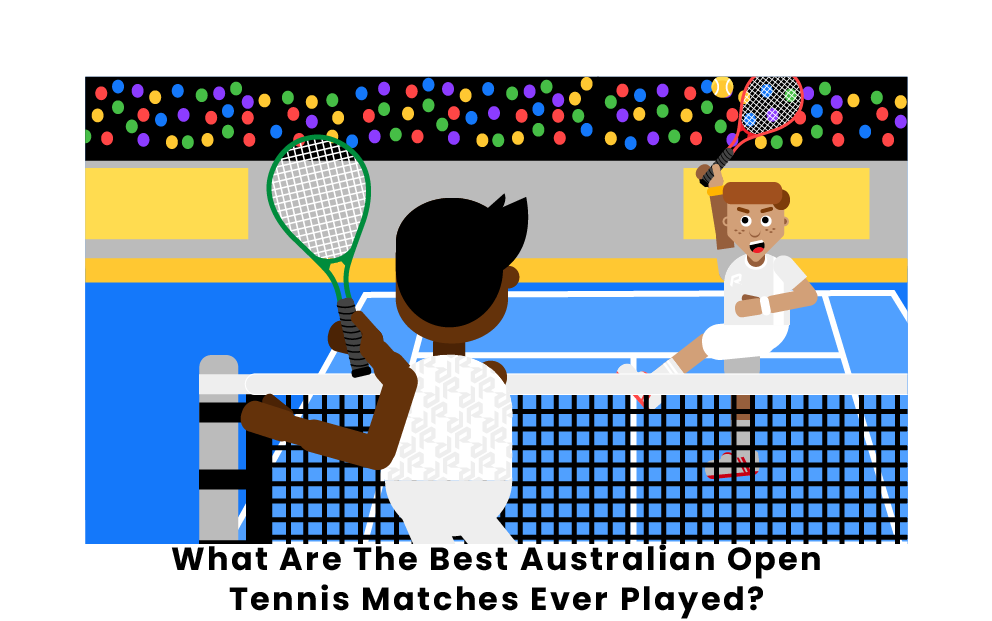 Rafael Nadal vs. Novak Djokovic in the 2012 Finals

For many tennis fans, this matchup that featured Rafael Nadal and Novak Djokovic was the best match in the history of the Australian Open. In 2012, both Nadal and Djokovic were at the top of their games. They met in the final, which was the third time that year they had faced each other in a Grand Slam final. In fact, the Djokovic versus Nadal rivalry is known to be one of the most intense in all of tennis history. When they met in the final in 2012, their rivalry was already well-established, and their play did not disappoint. The match had intense rallies and extraordinary shots, and the match went on for almost six hours. It had incredible comebacks and even a tense rain delay. In the end, Djokovic won the match after it finished at 1:37 in the morning. The two men gave it everything they had, and it has gone down as not only one of the best matches in Australian Open history, but perhaps in the history of tennis.

Marat Safin vs. Roger Federer in the 2005 Semifinals

Heading into the 2005 Australian Open semifinal, Roger Federer looked almost completely unbeatable. The Swiss tennis star hadn’t lost a single set in the five matches leading up to the semifinal. He had also won 26 matches in a row before the semifinal, but Marat Safin managed to beat him in an epic match that lasted almost five hours. The match is notable not just for the surprising upset of Roger Federer but also because of the remarkable play from both players. Federer and Safin both survived multiple match points, and the match finally ended with a 9-7 victory for Safin in the fifth set.

Martina Navratilova vs. Chris Evert in the 1981 Finals

While Nadal and Djokovic have had a great rivalry in recent years, Martina Navratilova and Chris Evert had one of the best rivalries in tennis history, if not in the history of sports. Over the course of their career, the two actually shared sixty finals together. Of those sixty finals, the 1981 Australian Open final between the two is often thought of as the most exciting. The long match was hard fought by both of them, and it featured intense rallies. The final was still early in the grand scheme of their rivalry, but it signaled the start of their epic yearly back-and-forth battles in the Australian Open. For the next four years, they alternated finals wins. The 1981 final was special in that it featured constant swings in momentum and multiple unlikely comebacks.

Who is the best player in the history of the Australian Open?

Margaret Smith Court from Australia is probably the best player in the history of the Australian Open. Between 1960 and 1973, she won the tournament 11 times. The next closest woman in the singles division is Serena Williams, with seven titles. On the men’s side, Novak Djokovic has won the Australian Open nine times. His first win came in 2008, and his ninth win came in 2021.

How much does the winner of the Australian Open get?

In 2022, Rafael Nadal won the Australian Open, and his winnings amounted to $2.07 million. Ashleigh Barty won in the women's singles division and received the same amount. Runners up in the tournament received just over $1.1 million each. The total prize purse for the whole tournament was $53.5 million. Each year, however, offers different prize money. For example, in 2021, the winners received about $2.87 million each.

Why is the Australian Open so important?

Pages Related to What Are The Best Australian Open Tennis Matches Ever Played?