What Are The Tennis Court Lines? 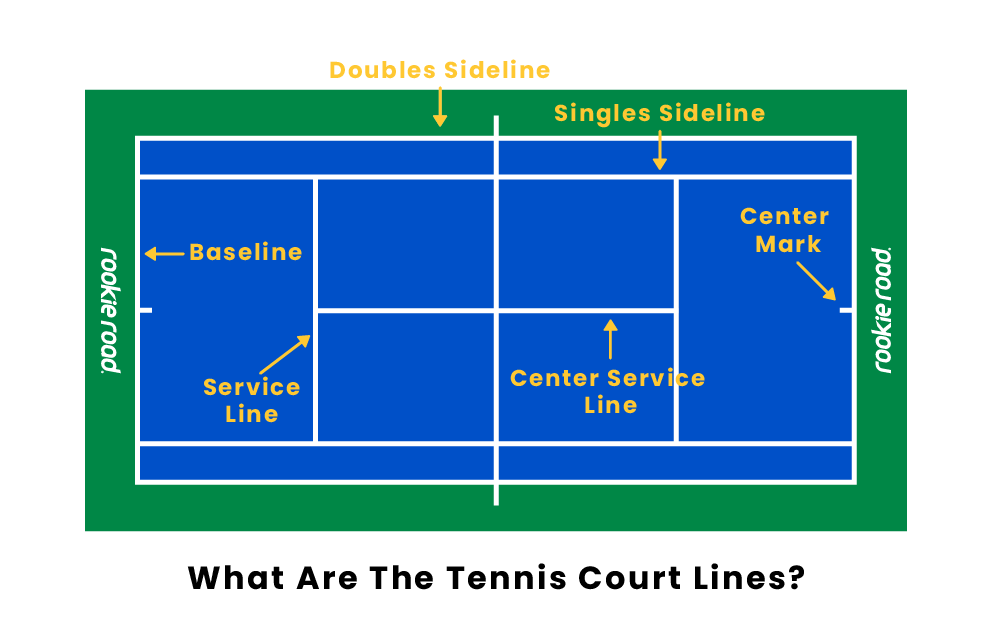 There are three main types of lines on a tennis court:

The Service and Center Service Lines 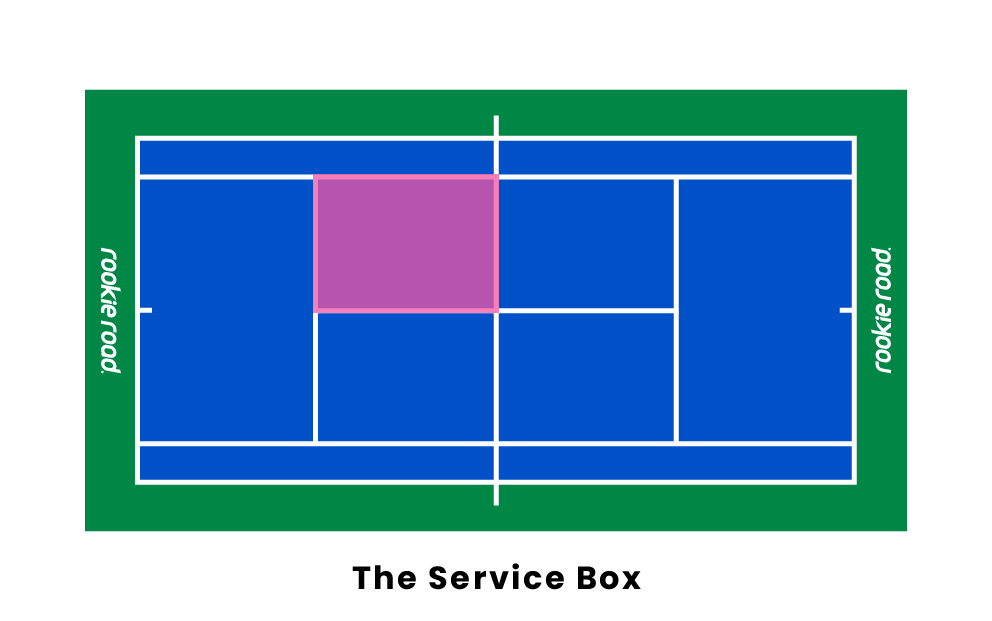 The two service lines (and the singles sidelines) form the boundaries of what are known as the "service boxes." There are four of them on the court. The service boxes are important because the server must bounce their ball inside the service box diagonally across from the point at which they serve. If they serve on the left side of the baseline, they must land their serve in the right service box. Players serve on alternating sides of the centermark, switching after each point.

The singles and doubles sidelines form the side boundaries of the tennis court. In singles games, the sideline lies 13.5 feet away from the center of the court, and extends from baseline to baseline. In a singles game, if a ball lands outside of the singles sideline, it is out-of-bounds. Like the baseline, if a ball lands on the line (but not outside of it), it is still an in-play ball.

For doubles games, the doubles sidelines are used. These sidelines rest 18 feet from either side of the centermark, making the doubles court a total of nine feet wider than the singles court.

Even though there are different sidelines for singles and doubles play, the service box always uses the singles sideline as a defining boundary, never the doubles sideline.

Pages Related to What Are The Tennis Court Lines?