What Are Serve Techniques In Tennis? 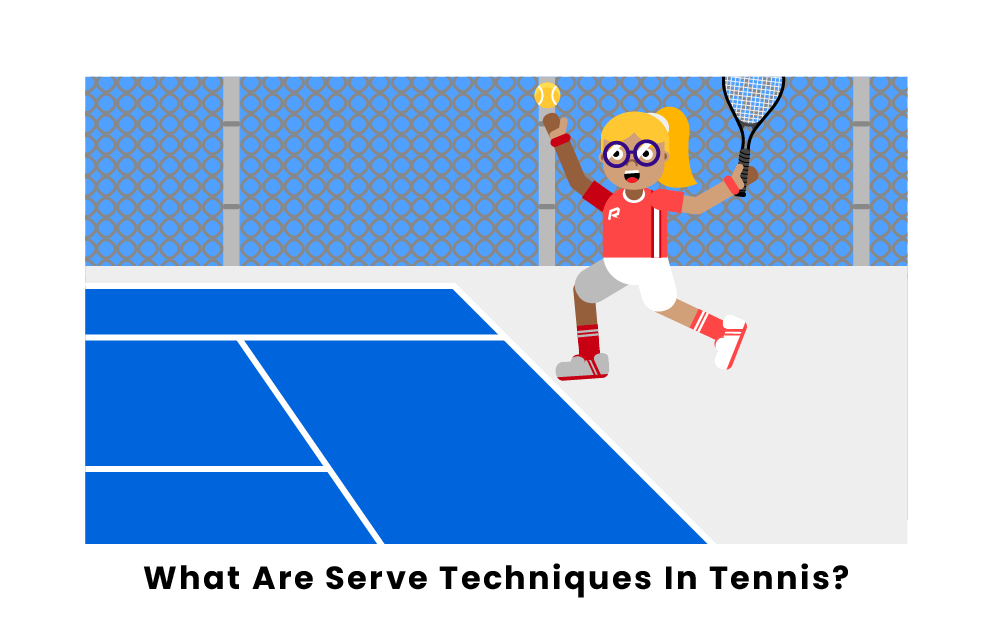 A player’s serve is critical to their tennis game. Each serve starts a point in a match and puts the ball in play. The server gets two chances to hit the ball diagonally into their opponent’s service box from behind the baseline of the court. There are four main types of serves to put the ball into play and score points.

To complete a flat serve, a player should hit straight through the ball with no spin. This serve may be the simplest in terms of technique, but it creates incredible power. Many professionals have been known to record their flat serve at over 100mph.

During a slice serve, the player will strike across the side of the ball that matches their dominant hand. This causes the ball to spin and then bounce in the opposite direction once it hits the court. This type of serve is often used to throw an opponent out of position and force them to chase the ball and return a bad shot.

In a kick serve, a player throws the ball above their head and strikes it from below and through. This creates a topspin and is meant to send the ball directly towards the receiver. In some cases, a server will choose to add spin to their serve in such a way that it will cause the ball to bounce to the side of their opponent rather than up towards them.

The underhand serve is executed exactly as it sounds and is often performed by tennis players who are only just beginning to play. It is one of the rarest serves to see at any level but is infamous for its reputation as a wild card thrown into a game, often simply to disrupt an opponent’s focus. It’s rarity actually makes people commonly question its legality in a professional tennis setting!

Pages Related to What Are Serve Techniques In Tennis?