What Are The Rules for Challenges In Tennis? 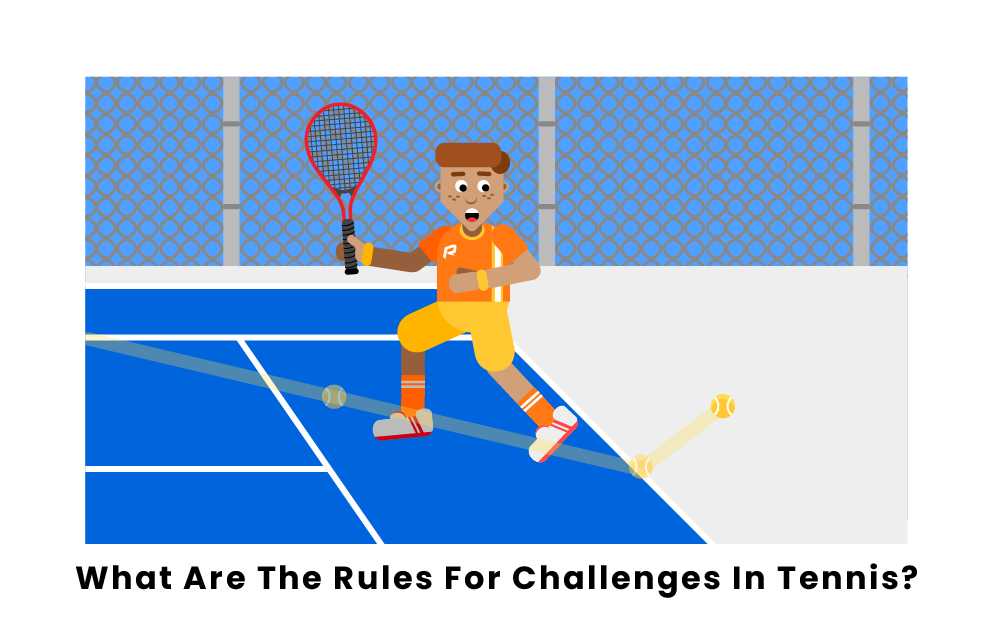 Tennis matches are highly competitive, and umpires do their best to make the correct calls, ensuring fairness. In tennis, players are permitted to challenge out-of-bounds calls if they believe they have been made incorrectly. Find all the rules for tennis challenges below.

How Do Challenges Work in Tennis?

The procedure for challenges in tennis is fairly new and has undergone many changes in a short period of time, but ironically, the process involves one of the most accurate replay systems in all of sports. Replay in the tennis world, also known as “Hawkeye,” is a 3-D representation of the tennis court, which is used in order to determine if a ball has hit the out-of-bounds line or not. Also known as “Electronic Review,” this technology uses cameras stationed all around the court to get the best and most accurate information to the officials so that they can score matches as perfectly as possible. This has led to more accurate challenge decisions in tennis matches, though there has been debate over how it affects the game.

Just like in any other sport, there are rules and limitations to the number and use of challenges by players in any given match.

The rules for challenges in tennis include:

Under the rules of tennis for Electronic Review laid down by the International Tennis Federation (ITF), tennis players are granted three unsuccessful challenges (or “appeals”) per each set that is played. If they use up their three challenges and are deemed unsuccessful on each of them, they have to wait for the next set to use another one, no matter how bad a subsequent call may seem to them. A challenge can only be called either on a rally-ending shot or when one player stops playing during a rally.

If a player’s challenge is successful, the player is not charged with a challenge. Technically, as long as a player keeps getting challenges correct, there is no limit to the number of challenges they can make in a set.

If a player challenges a call and it fails, they lose that challenge, and it gets subtracted from the total amount that they had in that set. For example, if a player has two challenges remaining in a set and then uses and loses a challenge, they would be down to one challenge.

For both successful and unsuccessful challenges, it is important to note that no challenge can be made as an effort to appeal the verdict of a prior challenge, as the decisions made by the chair umpire in consultation with the Electronic Review System are considered final.

Challenges do not carry over from set to set. This means that each set begins with both players having three challenges, no matter how many challenges either player had left over from the previous set. These rules became uniform throughout the professional tennis world in 2008.

How many challenges do you get in tennis?

How do you challenge a call in tennis?

Players must signal the chair umpire clearly and respectfully when challenging, such that play does not continue before the challenge is considered. Any call for a challenge must be made promptly, and the chair umpire can dismiss a call for an appeal if the appeal was made too late after the disputed call. If the chair umpire determines that a player has incorrectly appealed a call or appealed too late, they will award the point to the opposing player.

When can challenges be called in tennis?

In tennis, challenges can only be made at specific points during a match. The two instances in which a challenge can be called are on a point-ending shot or when one player stops playing during a rally. Players cannot, for instance, make a challenge during a serve (they must wait until after the serve is finished to dispute a call) or at any other time that is not either a point-ending shot or an instance of stopped play. Challenges in tennis cannot be made as appeals of the results of another challenge, as each decision made by the Electronic Review System is considered final.

Pages Related to What Are The Rules for Challenges In Tennis?